Our Family Vacation to Houston Part 14

This link will take you to the beginning! 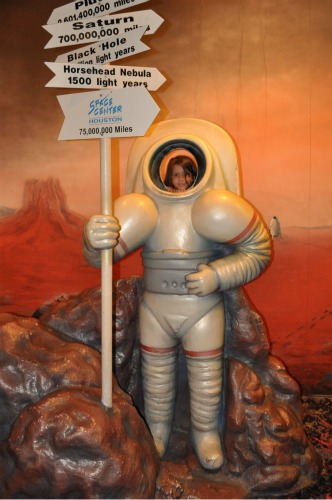 On day six of our vacation we again got ready and loaded up the van, for we would be staying somewhere else that night.  Off we went to tour the Houston Space Center.  We were there shortly after it opened and were told the best thing to start with was a tour of NASA because that tour fills up quickly.  At this point there wasn’t much of a line, but it still took about an hour for them to take our picture, get us through security, and load every one into a tram.  I hope not to offend all the Space Center enthusiasts out there, but we all found it long, hot, and boring.  Even my husband, who is very intellectual, thought it boring.  Still, that whole section of NASA will be disassembled and gone in a few months, so it was neat to have seen it–in a torturous sort of way! 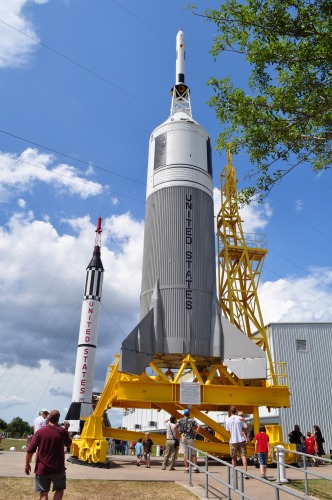 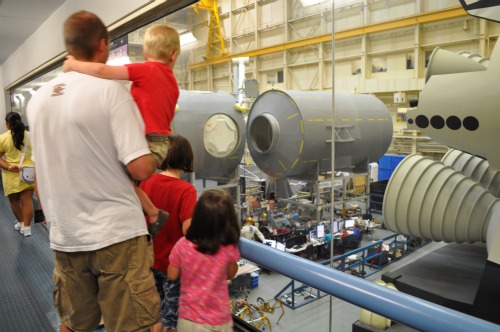 Furthermore, Jason had hurt his neck a few weeks before.  He thought it was getting better, but on this day it was obviously bothering him.  Every once in a while I would ask if maybe we shouldn’t get him some Ibuprofen, but he’d always answer with his standard “I don’t take drugs.”

When we were finally through with the tour it was already lunch time.  I had located a close-by McAlister’s because this particular day was their free tea day!  You know how I like free things.

We arrived back at the Space Center to find only a few lights on in the entire place, and most of the exhibits closed down.  So along with the other millions, we let our kids play in the enormous jungle gym.  They had a lot of fun in there, so Jason and I sat on the bleachers and let them run off some energy. Then, when the lights came back on, we rushed through the rest of the areas, finding them about as exciting as the tram tour.  Sorry ya’ll, I guess I just wasn’t meant for space.