*Disclosure: The Hamner Barber Show sponsored our family’s tickets to see the show.  All text and opinions are my own. 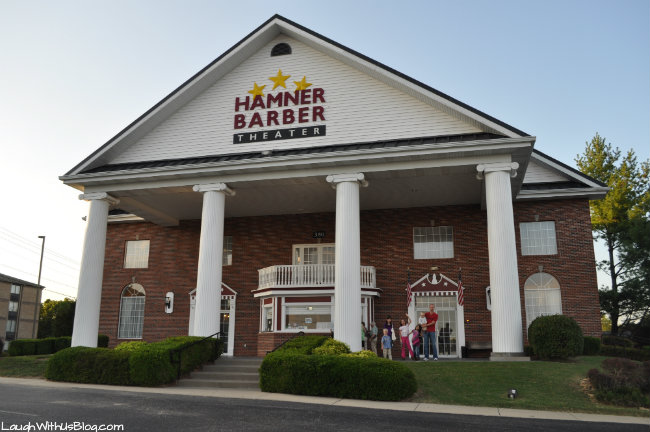 After watching Joseph at Sight & Sound Theaters, our fun wasn’t over yet.  We still had the Hamner Barber Show to look forward to that night!  We ate a quick supper of fast food tacos and then headed to the Hamner Barber Theater.  After a few days in Branson we had learned a couple of lessons.  Traffic gets really bad just before the 8:00 pm shows and most shows have a pre-show so we made sure to get there early. 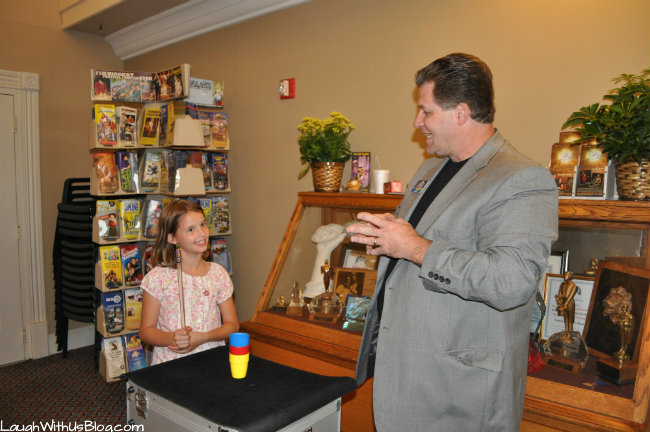 Our pre-show entertainment came via this man who told us he was the stage manager.  He entertained us with magic tricks for a good half an hour.  Joy was quick to volunteer to be a helper!  The neat thing was that all of the tricks that were presented to us during this time were available for purchase.  My kids have been so excited to learn magic tricks recently!  I knew they were going to love this show! 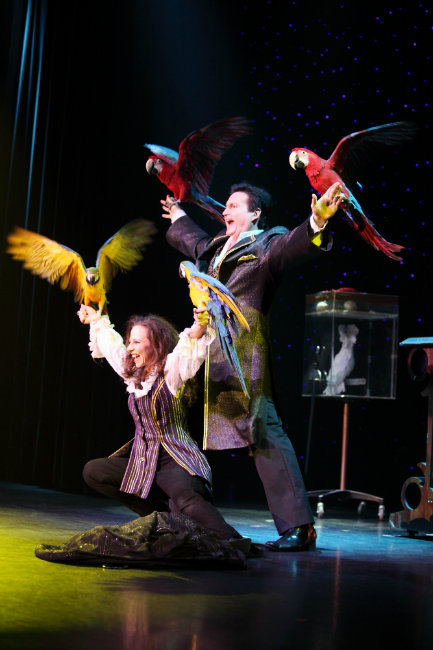 The Hamner’s illusions were amazing!  Jason and I still find ourselves talking about them and wondering how in the world the illusions were accomplished .  Their use of live birds added so much beauty and wonder to the show.  They are famous for their act in which they produce beautiful Macaws and Cockatoos that appear amid flying cards, flaming swords, falling coins and jewels!  As I held little Bobby in my arms, he would look in wonder and say, “Ohhh….that!” 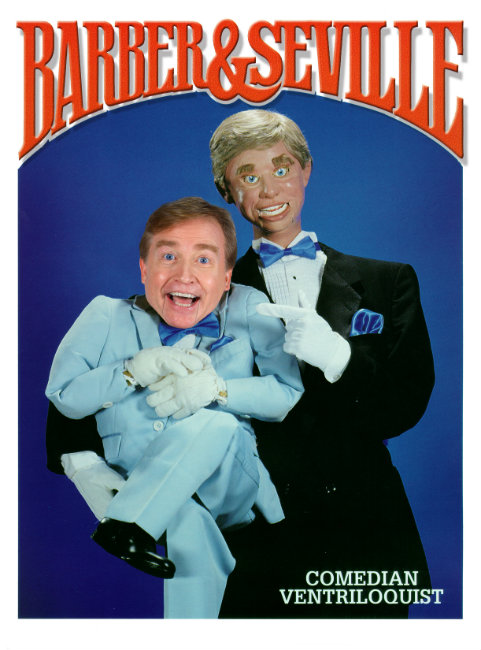 The show alternated between magic and comedy.  When we were looking for the must see shows in Branson, several people told us we HAD to see the Hamner Barber Show.  I knew Jim Barber was a ventriloquist and was very excited to see him, but I had no idea how funny he was going to be, and you guys know I love to laugh! 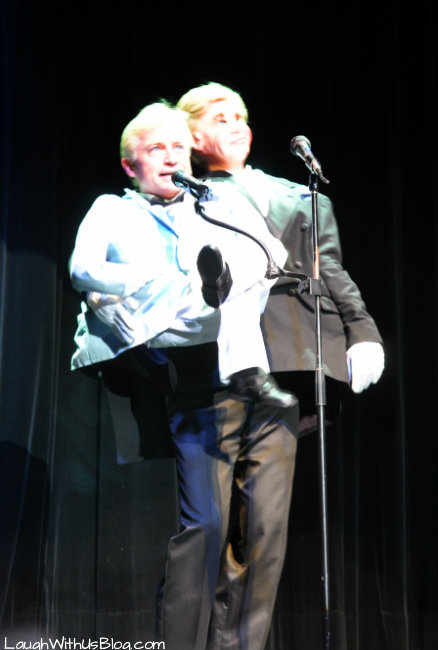 Although photos were not allowed to be taken in the theater, I did get permission to take a couple of shots during Jim Barber’s act.  I saw his head separated from his body in this way on billboards all over town, but seeing it in person was incredible.  How does he do that?  “Don’t try this at home,” he said after the act!  He does not appear to be leaning over at all to get his head over there.  Crazy! 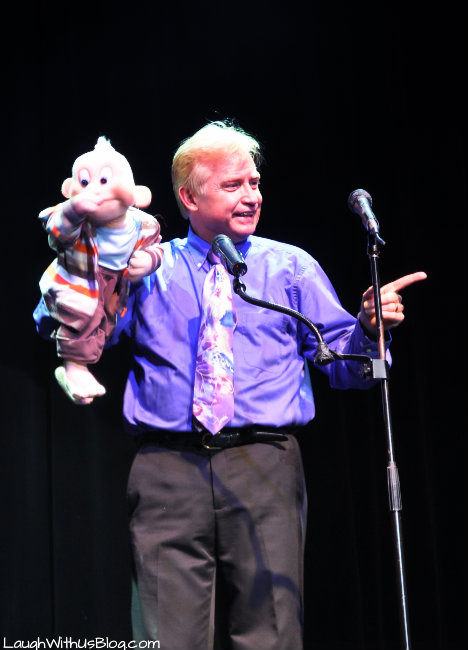 Jim Barber is hilarious!  My favorite part of the entire show was when he was talking out of sync.  His lips would move and then you’d hear the sound afterward like a movie when the sound is not in sync with the people talking.  It was hilarious.  I cannot imagine how he can do that!  I see I keep repeating myself!  We really were left in awe and wonder! 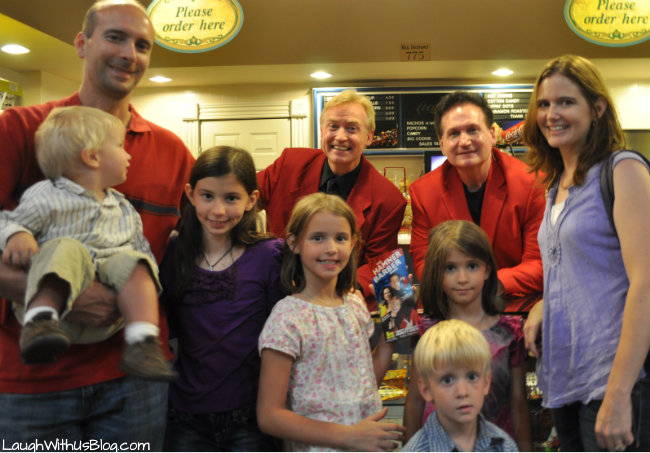 After the show we stuck around for a photo with the two entertainers!

I am so happy that we got to see The Hamner Barber Show!  The duo has been entertaining together for over ten years and this is their last season.  There are just under 60 performances left of The Hamner Barber Show.  This is a show you don’t want to miss!  This show was one of our family’s favorite attractions in Branson!