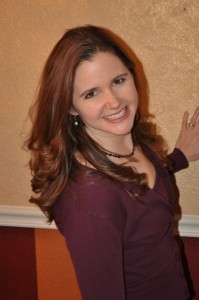 The door bell rang.  I ran to the door and opened it, something I NEVER do.  I am religious about opening the door only if I know who it is.  This time, however, I was expecting something in the mail, and it was the time of day the mailman usually comes, so I thought for sure my package had arrived.  I was in the middle of making an apple pie and had company when I unwittingly opened the door without looking  first to what was obviously not the mailman.

He stood about six feet from the door.  The moment the door flew open, he began rattling off in slang that I had a very hard time understanding.  I waited for a full five minutes.  The gist was that he was in some sort of program that helps guys like him stay out of gangs, trouble and prison, and didn’t I think that was a good program, and wouldn’t I like to buy some magazines to help people like him stay off the streets?

“Are you serious?” is what I was thinking.

To me, what he was saying sounded a whole lot like, “Buy magazines from me or I may come back and rob you blind.”  I put on my best smile and said “No, thank you” four times, before he left.   This is taking door to door sales to a whole new level!  Next time I open the door, I’m going to have alarm, pistol, and mean dog at the ready!

Note: I have a friend that was slightly offended by this post.  Let me just add that there are legitimate programs like this that do help people. And maybe this was legit, but it did actually feel threatening.  I live in the city, and there have been lots of break ins in our neighborhood that have been tied to fake door to door “sales” people so I am definitely leery.