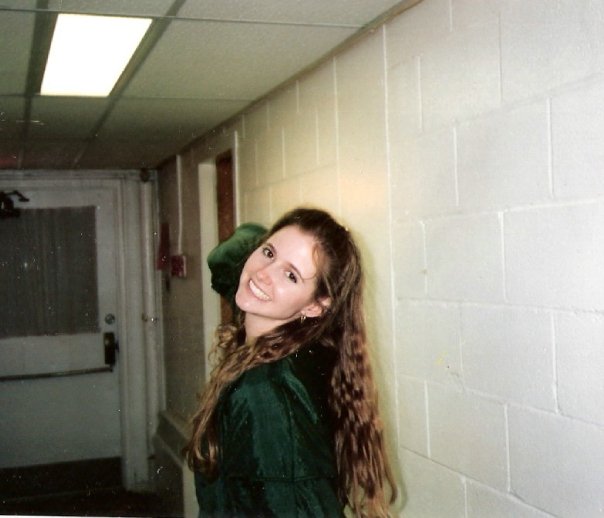 I expected Bible college to be…better.  Maybe I just had too much fun in high school.  I know many lovely people who loved our college though, so I don’t ever mean to imply that it was an awful place.  It was just an awful place for me.  Ha!

Many times I think the first few weeks in a new place set the pace, and I really bombed.  In one respect I think it was completely my fault.  You see at boarding school everything was required.  If there was an activity, ball game, concert, meal, etc–everyone HAD to be there.  So when I arrived at college, and I had the option of not going?  Woo hoo!  How cool was that?!  See where I’m going here?  Ha ha.  I pretty much stayed in my room the entire first semester.

Besides turning hermit my first year at college, I was ditched–which probably contributed greatly to my turning hermit.  By ditched I mean…the first week of school I made a great friend, I thought.  But a few weeks in, she ditched me.  It was very junior high, like purposely leaving me behind and well, you get the idea.  When I realized what was going on, I left her alone, though I always tried to be friendly when I saw her in passing.  Well at about 4-5 weeks into the year everyone already had their friends, and while I had some really great friends that I spent time with in the dorm, I didn’t have anyone to hang out with, nowhere I belonged.  You know?

It was pretty much like that for (cough) five years!  There were different groups that would include me here and there throughout those years, but none that I really felt like I was a real part of.  Let me give you an example.  At one point I hung out with a group of three girls.  They were very nice and a lot of fun.  It just so happened that three of our birthdays were in September.  For the first birthday the other three of us got together and planned a small surprise party for her.  For the next birthday we all did something as well.  Then my birthday came a week later.  All day I wondered what they would do for me.  Late in the evening one of them came by my room and said, “Oh Esther, isn’t today your birthday?” I nodded.  “Happy birthday!” and that was it.  I don’t think anyone meant any harm or even gave it a second thought, but to me it was a very clear picture.  While they let me hang out with them, they didn’t regard me with the same kind of affection.  And that is how life at college was for me.  Similar scenarios played out over and over through those years.

I did my utmost to make the best of it.  I kept trying to find that niche…I just never did.  I was determined not to be a whiner or sit around moping.  In fact, I don’t think I even talked about it with anyone. When I run into people from college, they usually say they remember me…laughing!  Imagine that!  But for me they were five very, very lonely years.  I was so glad to graduate and move on.