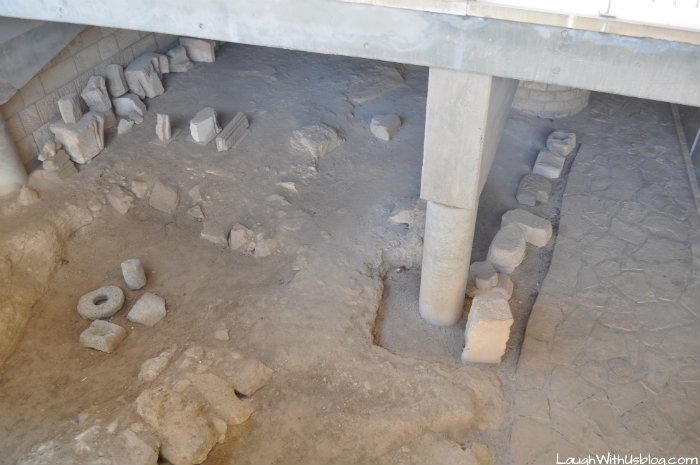 As we came out of the Basilica of the Annunciation, many were standing around waiting for the rest of the group to make their way through and out of the church.  I noticed a few people looking down over a railing and walked over.  “What is this?” I asked my husband.

And then I saw the sign.  THIS is what remains of the ANCIENT city of Nazareth.  Wow!  The sign reads:

What is left of the ancient village consist of a network of grottoes and bits of walls form various historical periods. Going backwards in time we found first the remains of the XVII century Franciscan monastery, then the palace of the crusader archbishop of Nazareth and the humble homes with some parts datable up to the VIII cent. B.C.

The parts that were carved out of the soft local rock are the best preserved: cistern for storing rainwater, silos set on different levels for storing foodstuff, a winepress, cellars for full jars, stables with mangers for the live stock, a bread oven.

The part farthest to the east is traditionally known as the “Virgin’s kitchen” because of its proximity to the sacred grotto. 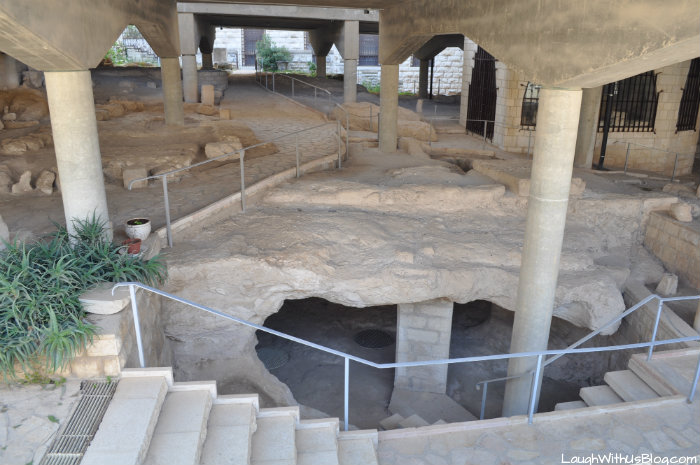 As we had been walking around Nazareth, these are the types of ruins I had hoped to see so this was very exciting to me. 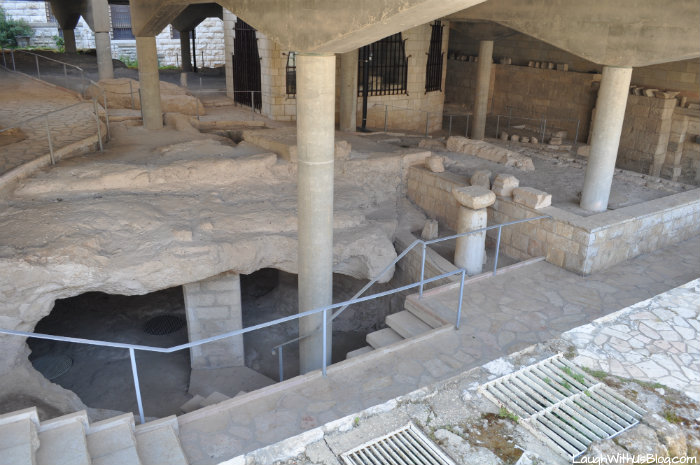 In America we tour historical sites that are maybe a couple of hundred years old.  In Israel they date back thousands.  It’s surreal and so heard to believe I was actually looking at something that old.

From Nazareth we boarded our tour bus and headed to some much anticipated FOOD!  🙂