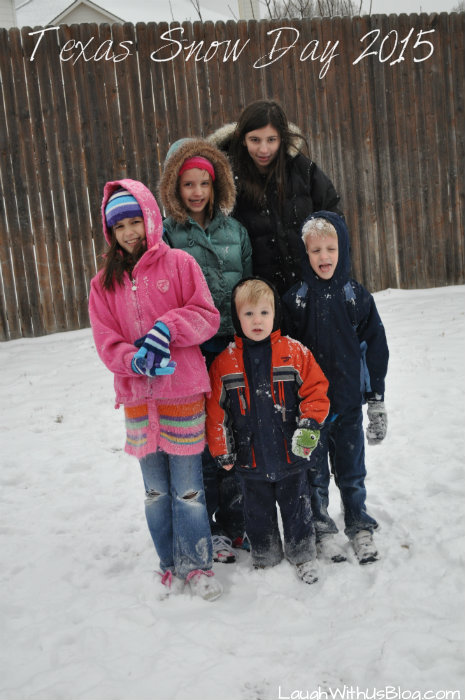 It was Friday and for the (gasp) fifth day in a row it was snowing outside.  It was the fifth day, yes, but on each of the previous days there would be flurries for a little while and then they would disappear.  Only the cold remained.

So on Friday morning when the kids were begging me to go play outside in the snow, I was the mean mom.  There wasn’t much out there and they HAD to get their studies done.  But to my surprise it snowed all day long.  By lunch time I was completely exhausted from yanking their little brains back to their books, but we were mostly done with our school day.  As we watched the snow fall over lunch, I made my decision.  After quiet time and chores, if it was still pretty outside I would relent.  We would have our snow day.  From the photos filling my Facebook stream I’m pretty sure I was the only mom still holding out! 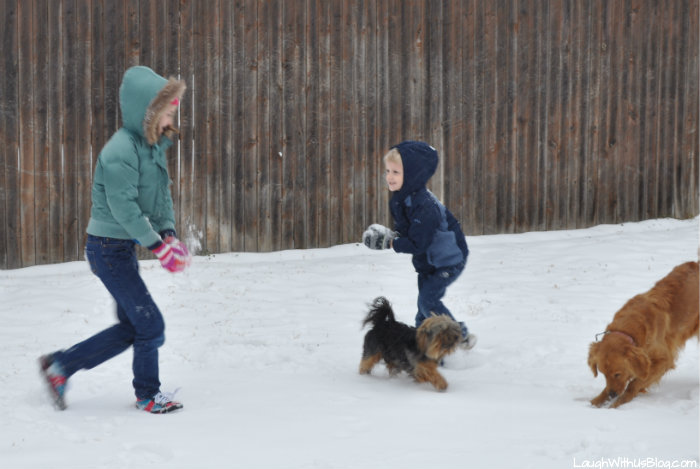 And then the fun began.  I was so glad we had accomplished so much in the morning, because having them go back to studying after this would have been unimaginable! 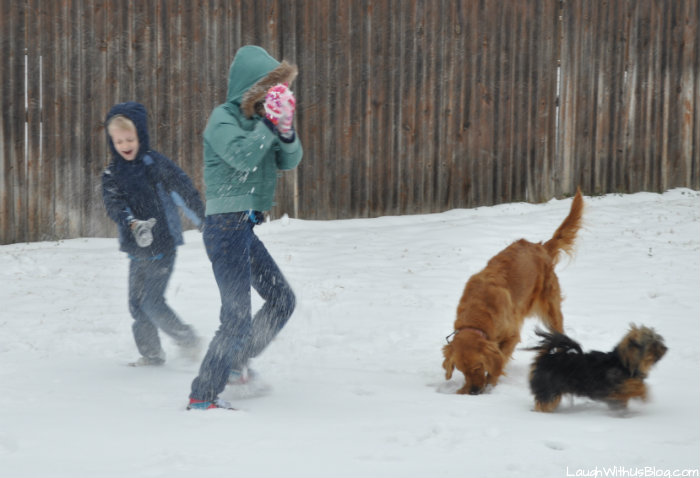 Even the dogs got in on the action. 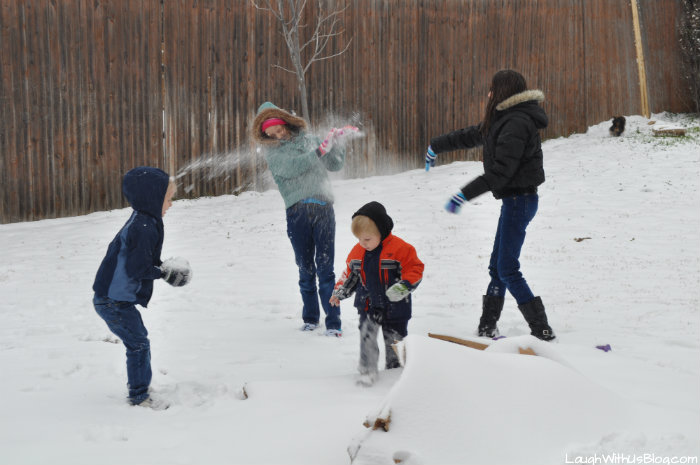 I had so much fun watching the kids play. 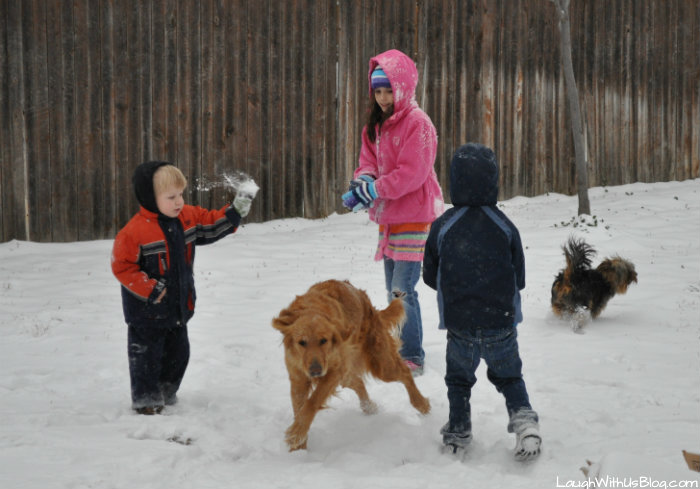 There must have been over two inches of snow out there!  I don’t remember so much snow in Texas! 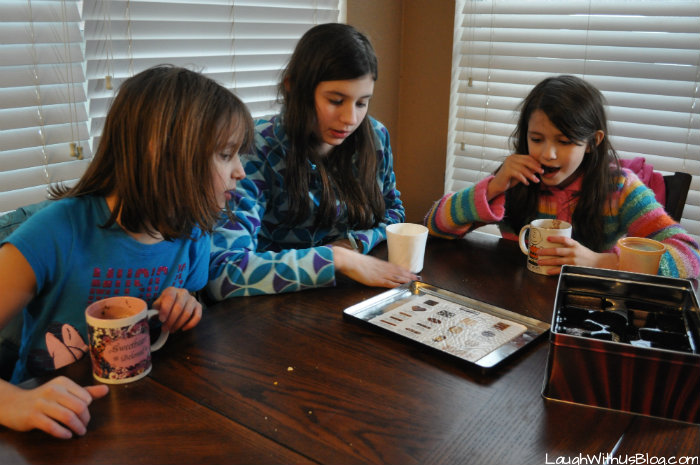 After I took some photos I went inside to ready cups of hot chocolate.  What better way to thaw out than over hot chocolate and cookies?  Anything productive would cease to get done the rest of the day.  We ended the day with a fun family movie marathon until Daddy got home late that night.

And that’s how we do snow in Texas.  Thankfully these days don’t come around very often or we wouldn’t know how to get anything done!  🙂