It took us a good hour to get to the tram that led us to the ferry to another tram that finally dropped us off near where we had parked our van at Disney.  By then it was just after eight o’clock and the kids and I were completely done in.   I wanted a quick supper and a nice warm bed as fast as possible.   My husband had other ideas.

“Why don’t we go find somewhere fun to eat?”  Really?  Any other time I would JUMP on this, but NOW?  Jason can be so unpredictable.

“Well…” I said, “I’m so tired and would be  happy with a quick meal, but if you’re going to take us somewhere fun I won’t turn it down.”  And so would you believe he drove us back to downtown Disney and pulled up in front of the T-Rex Restaurant? 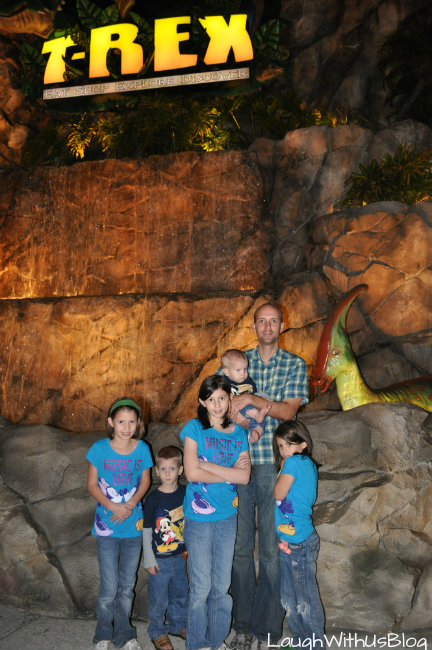 At past eight in the evening there were tons of people there, but thankfully we just had to wait about 10 minutes for a table. 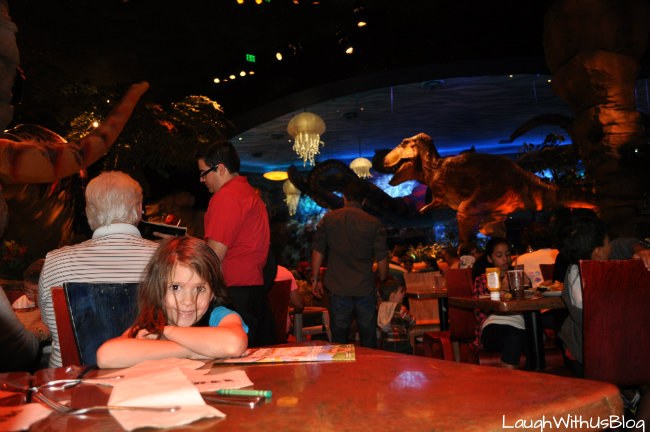 I absolutely love theme restaurants and this place did not disappoint.  The atmosphere was super fun and the food delicious. 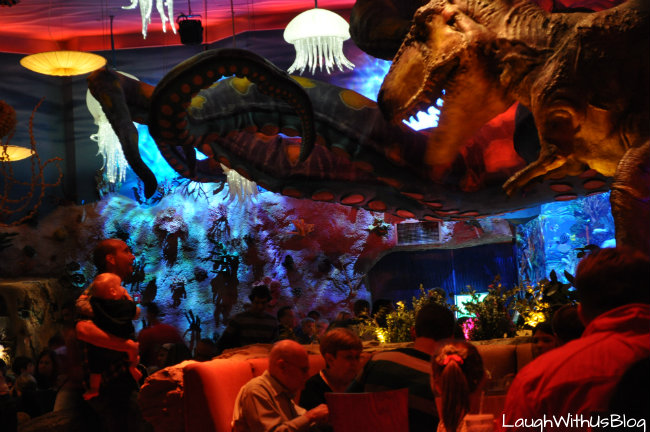 Bobby really looked at all the moving dinosaurs and clung to his daddy, but seemed pretty content otherwise.

Sometimes too much is just too much.  I found it kind of ironic that Jason took us to possibly the most exciting restaurant on the planet and my three youngest were asleep on the table before it was over.  But after a day at Disney I just don’t think they could be any more wowed or tired.  I did appreciate it though that my husband wanted to take us!

And that was the end of our Orlando vacation and cruise.  The next two days were pretty grueling as we drove home in our unairconditioned van.  Bobby, who had been great on the whole trip, screamed most of the way home.  I think partly because he was hot.  It was great to get home!  The kids all want to go back.  They can’t decide which part of the vacation was their favorite!