Our guest post today is by Charity Hawkins, author of The Homeschool Experiment: a novel. Sample the first three chapters here.

I went to the park with a friend of mine the other day and her five-year-old son was dressed as Superman. Cape, red underwear on the outside of his blue leggings, red socks with holes in them, belt made of duct tape.

“Does he dress like this every day?” I asked her. “Well, he alternates,” she said, “It’s between this and cowboys. Or knights.” And then I remembered we had run into them at Chick-fil-A a few months back and he had been wearing his fake suit of armor. 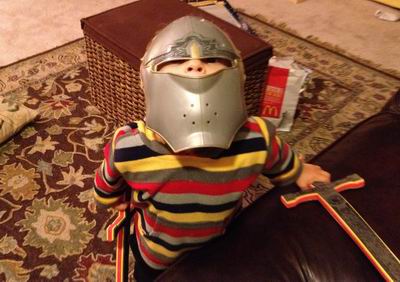 “Well, I think it’s completely adorable,” I told her and we laughed. She told me how he also insists that his two-year-old brother be Batman, with cape and matching duct tape belt, to be his sidekick. And how, when he had changed his mind about being a cowboy one day after thirty minutes of costuming, deciding he wanted to be an Indian instead, my friend told him to make the costume himself. He did, right down to the bow and arrow out of sticks and string. 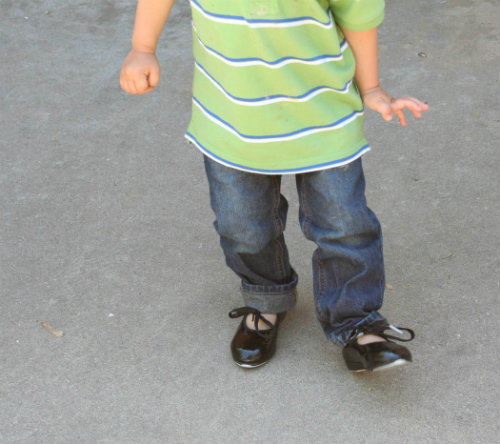 He had to put on sister’s tap shoes to do his tappity-tap dance.

I LOVE when kids are so completely into their costumes. It is the essence of childhood to me, this earnest playing, the emphatic belief that they can be whomever and whatever they want to be. It’s fabulous.

My eight-year-old isn’t into costumes as much as he used to be, but when he does put one on, he favors capes and weapons. My daughter’s whimsical outfits were the inspiration for the four-year-old in my novel, The Homeschool Experiment:

“Today Joy is dressed in a long, flowery skirt, a sweater with snowflakes on it, purple Crocs, and a cowboy hat. A silver tiara is perched atop her cowboy hat. Because cowboys often need tiaras, out on the range.”

My real-life daughter dressed up in a butterfly dancing outfit the other day. Today, inspired by the current potty training of her younger brother, the outfit of choice was… are you ready? DiaperGirl. She wrapped (unused, of course) disposable diapers around her arms, legs, and head. I know you’re sorry I didn’t take a picture.

My toddler’s recent outfits include: rainbow-stripey socks, tap shoes, and a sword and mask. And why not? I mean, we’re at home all day. (Yet another reason why we homeschool—I don’t think they would allow DiaperGirl into Kindergarten.) 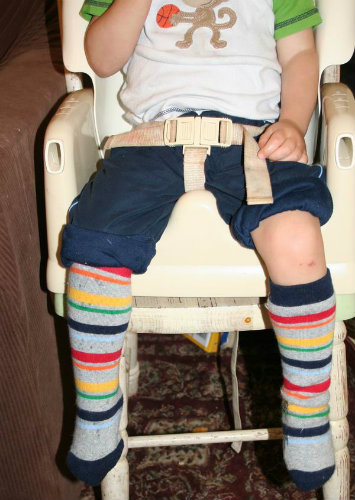 He loves these stripey knee socks, and insisted his pants legs be rolled all the way up so they’d show properly.

But isn’t that the beauty of childhood? Our children are dreaming bold dreams, crafting their own worlds, exploring and imagining all kinds of wonderful things. Suits and ties will come soon enough; today, why not be Superman?

What are your children’s craziest costumes or wardrobe idiosyncrasies?