For the last several summers we have joined a reading club at a big Baptist church library nearby.  Every week they had a story, a craft, a movie and snack time, and all for free.  My kids always looked forward to going.  The reading program is also a contest with prizes for the top readers.  My oldest worked hard and tried to win all summer, but she didn’t think she would since we missed several weeks due to vacation and other things.  The books for the contest all had to be checked out from the church library.

The final pizza party day arrived.  The day began with a story lady who was very gifted in storytelling.  Unfortunately, my two-year-old didn’t appreciate her talent, and I ended up walking the halls with him, but the three girls loved it. 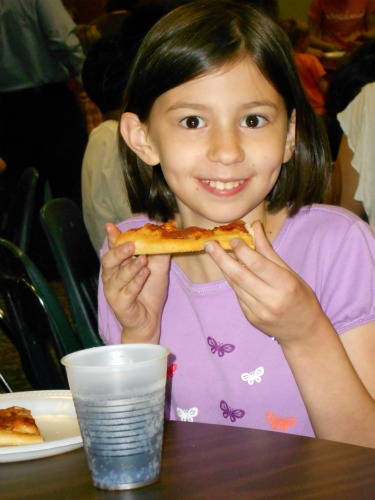 Then it was time for pizza and soft drinks.  I think they may have been more excited about the soft drinks than the pizza!  As we finished eating, the leaders began handing out awards, beginning with the youngest children.  I told my daughter that she did well and that I was proud of her even if she didn’t win.  Finally, they came to the nine-year-old category and called her name!  She was so excited.  They purchased a book for the library in her honor and gave her a certificate stating that she read 6,209 pages!  She could not stop smiling. 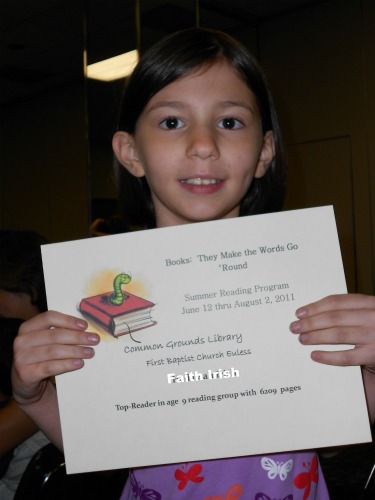 After they gave the certificates for all the ages, they announced that there were medals for the top three readers out of everyone.  After announcing third place, they called Faith for second place!  She even won the medal.  What an exciting day! 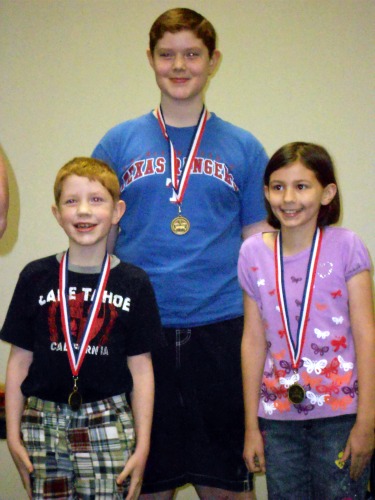