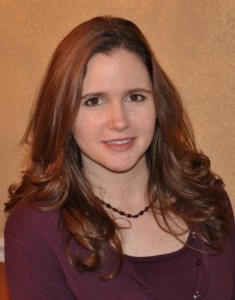 We had been married about six years when my husband decided to move and take a job in a little town of about twelve hundred people in East Texas.  I was not too happy.  We had been in a great church, and I loved having a mall practically in my back yard to stroll my toddler around in when she was fussy.  The closest mall to our new home was an hour away, but Jason promised me that he would never complain about the gas money it would cost for me to drive there, and he was true to his word.

It was here that we finally purchased our first cell phones.  I made the long trek to the mall and other shopping places at least once a week.  With a toddler and pregnant with my second child I felt much better knowing I’d be able to call some one if I had a flat tire or something.

One day when my little daughter and I were on the way to the mall, the car in front of me on the two-lane road was going considerably slower than the speed limit.  I’m not a driver who is aggressive enough to try to pass when there could be oncoming traffic, so I just followed at a safe distance.  Every few miles there was a passing lane, so when the next one came up, I sped up and passed the slow poke and continued my journey at the speed limit.

I don’t know if my passing the guy ticked him off or if he had ulterior motives from the beginning, but after I passed him, he sped up and followed right at my bumper.  I didn’t remember anyone ever tailing me like this before, but we were the only two cars on the road, and I was growing uneasy.

When the next passing lane came up, the guy pulled around and drove parallel to my car.  With my peripheral vision I could tell that he was staring at me, trying to get my attention.  My dad taught me from the time I was little when we lived in and near Mexico not to look at the drivers in the other cars, so I never looked directly at him.

As the passing lane once again ended, he pulled in front of me and slowed way down again.  Now I was starting to get scared.  Why was he hassling me?  I knew I hadn’t done anything that should have aroused his anger, so my mind started racing to the worst possible scenarios.

Remembering I had my new cell phone with me, I dialed my husband’s work number.  No one answered.  As the answering machine came on, I pulled up close enough to the car to see his license plate.  I read the number into the phone and left a quick message, telling my husband that I was being stalked on the highway and if anything happened to me, this was the license number of my stalker.

When I pulled out my phone and began talking into it, the man picked up speed and left me alone.  I have no idea what would have happened had I not flashed my cell phone, but I was very, very thankful for it that day.

Later when I was talking to a police officer friend of ours, he told me that I should have dialed 911 immediately because this was a scenario they have seen often with sinister results!