There is so much I love about traveling, but food is very high up on my list.  From the time I mentioned we were going to Israel, the one food most mentioned to me that I needed to try was St. Peter’s Fish. 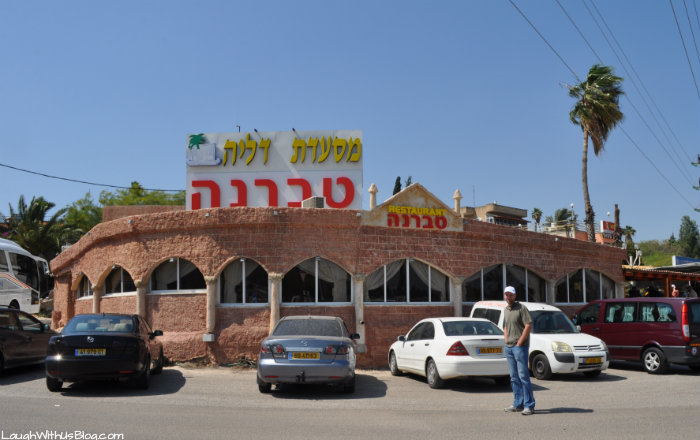 After walking through the Basilica of the Annunciation, we walked back to our tour bus and then headed here for lunch.  I wish I could tell you the name of the restaurant, but uh…it’s in Hebrew!  When I asked the tour guide the name of it, he just told me it was Migdal Restaurant.  This is the area where Mary Magdalene would have come from! 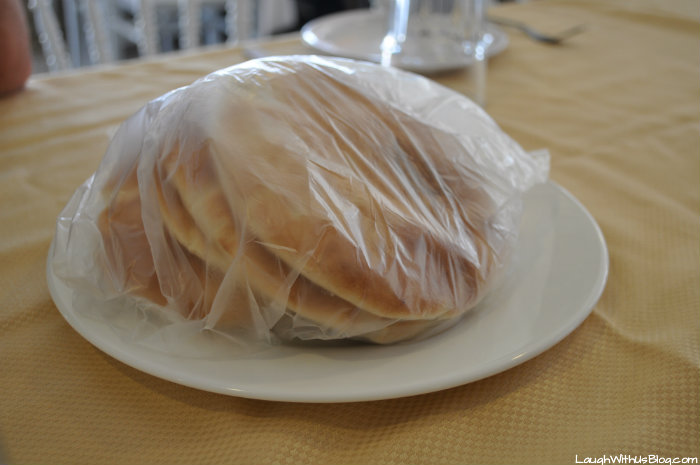 Pita!  I have had pita in the US, but either we don’t know how to make it or I just haven’t found great pita here, because the pita bread in Israel was so good.  It was fresh everywhere we went! 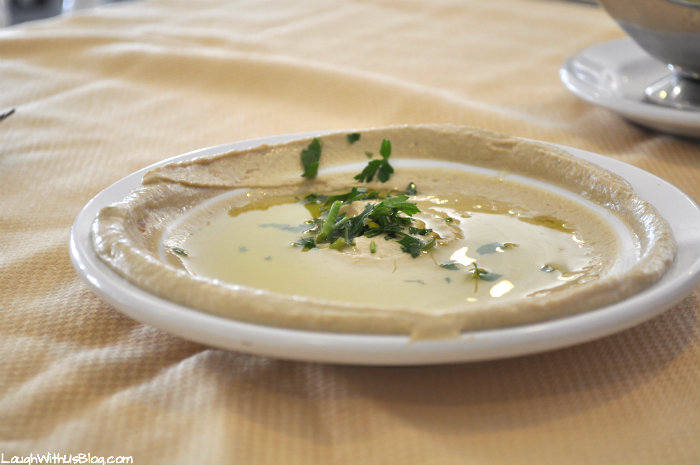 Then the humus was placed on the table.  I thought it looked absolutely perfect.  Incidentally, I didn’t get to try it.  By the time we were all situated it had been passed down the table.  I mentioned it a couple of times, but thought I’d better not cause a stink, for no one passed it back down to me.  😉 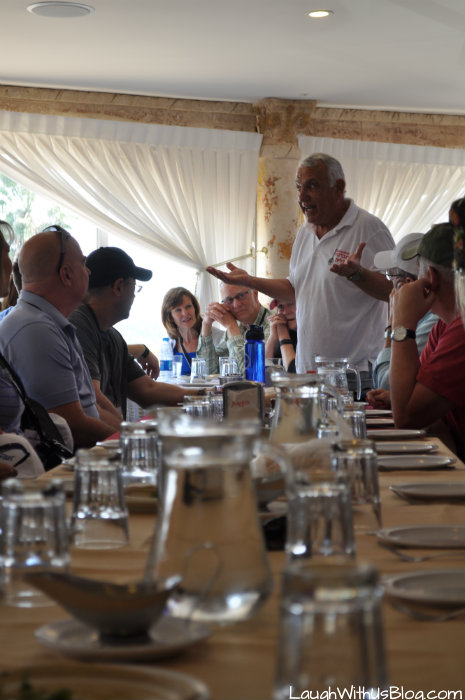 I don’t know if this man was the owner or the manager of the restaurant, but after we all had a seat he gave us a choice of meals.  This meal was included in our tour so the dish choices must have been prearranged. 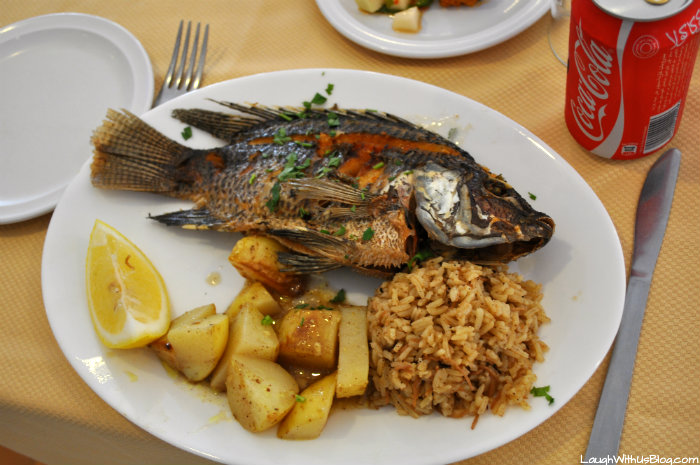 When he mentioned St. Peter’s Fish, I knew I must have it.  My kids got a kick out of this meal from the photo I posted on Instagram.  I’m not the most adventurous sea food eater, but how could one NOT try St. Peter’s Fish right out of the Sea of Galilee in Israel right?  I made sure all those around me knew they were missing out.  Ha ha!

So the verdict.  How was it?  It was delicious!  It was not the least bit fishy and the seasonings and flavor were great!  My husband opted for the Kabob since his tummy was still a little upset from our bus drive the day before.  Ordinarily, he would have gone for the fish! 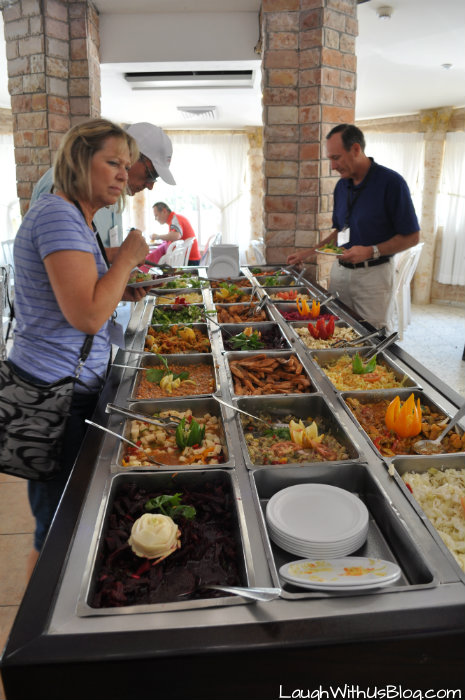 There was also an all you can eat salad bar included with the meal.  Isn’t it beautiful?

The only surprise here was the beverages.  I must have missed something, because when they were bringing drinks around I asked for a Coke.  When the meal was over the server came around to collect…$4 for the can of Coke!  Oops!  Had I know that I might have skipped the drink since I had already enjoyed a Coke that morning.  Then again everything is better with Coke!  🙂

Next, we went on to the site of the Sermon on the Mount…