Here is the super simple meal I threw together for our St. Patrick’s Day Celebration!  I was so excited when I found shamrock shaped ravioli!  The package said it was imported from Ireland and assured me it was an Irish tradition, but aside from that I don’t think anything else was actually Irish, but green works right?  🙂 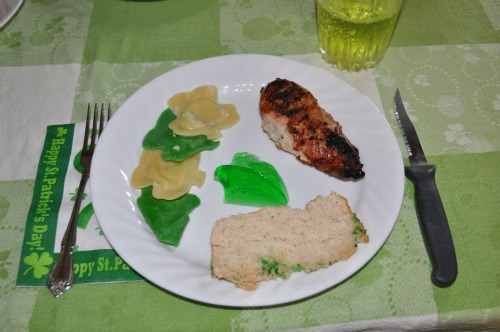 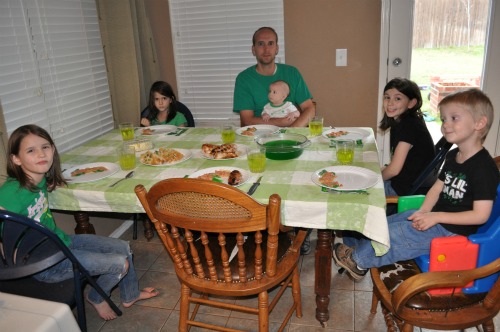 When I was deciding what to make I realized I needed some kind of bread.  I wasn’t in the mood for Irish Soda Bread, but I didn’t have time to put together a yeast bread, so I went with a quick beer bread and then added green sprinkles on a whim.  Little Jason liked it and remarked, “It’s like Santa.”

Faith said, “Little Jason that is the weirdest thing you’ve ever said.”

“But Santa has a beard!” he defended. 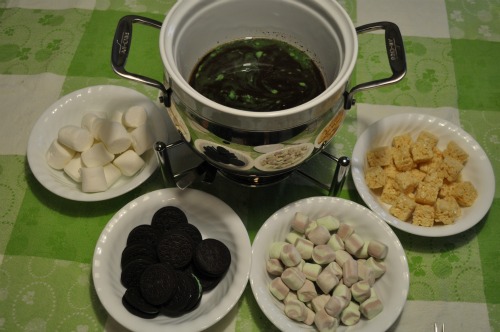 We finished our meal with fondue once again.  The kids had been complaining that I only made fondue once a year, but I do think I’ll retire my pot now until New Years!