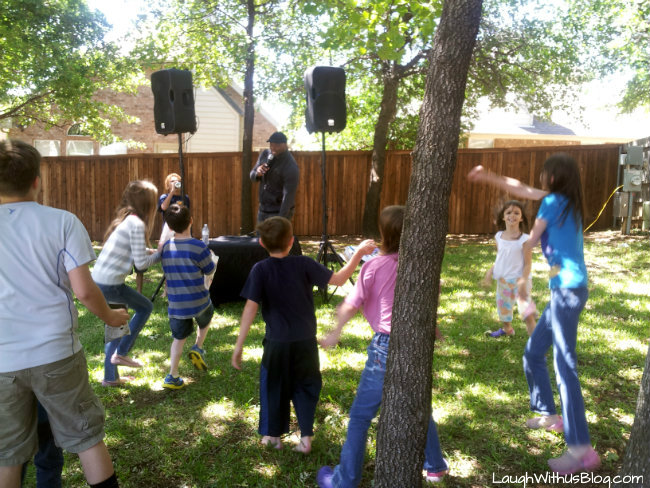 Our neighborhood has a party for everyone a couple of times a year.  It is lots of fun with free hot dogs, cotton candy, and snacks for the kids.  They always have a jump house and my kid’s favorite thing is the DJ.  He has been there every time so far and has fun music and dancing for the kids. 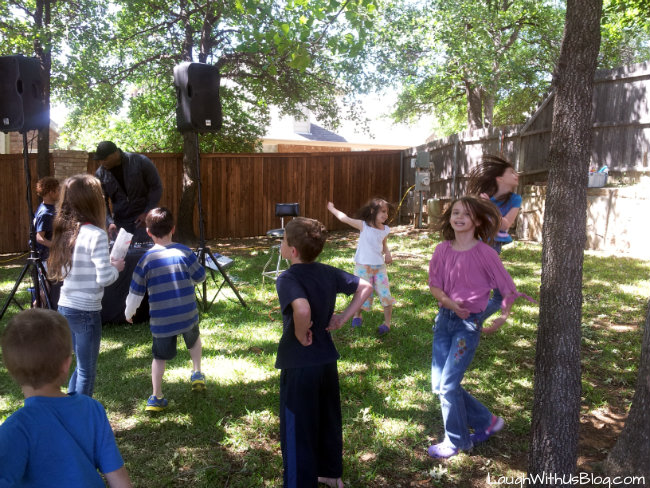 As you can see my crew gets pretty wild and crazy.  That’s because there are prizes!  Actually every kid ends up with a prize, but for first dibs you’ve got to be enthusiastic.  I laughed and laughed and enjoyed watching.  The DJ called Joy for the first prize and said she made up a new dance move: swat the fly.  Hey, she chose her prize and was very happy.

At the end the DJ let me choose a prize to take home for Bobby who spent most of the day in his stroller.  I chose the glow stick bracelet pack and figured the kids would all have fun with that.

One night that week I let the kids all take their bracelets and play with them in the dark.  I knew they were having fun from the excited squeals.  Then after about 15 minutes I could tell that fun had turned into extreme excitement.  What was going on?  I tiptoed up the stairs,  opened the bedroom door to find: 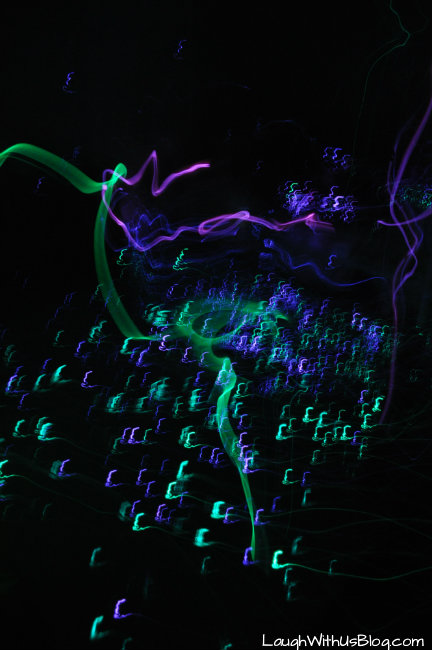 This!  One bracelet had leaked.  In trying to clean it up my daughter realized that her hands were glowing and that some had spilled on her pillow.  That was more fun than she could sand.  Pretty soon they were purposefully breaking their bracelets and FLINGING the glowing liquid all over the room! 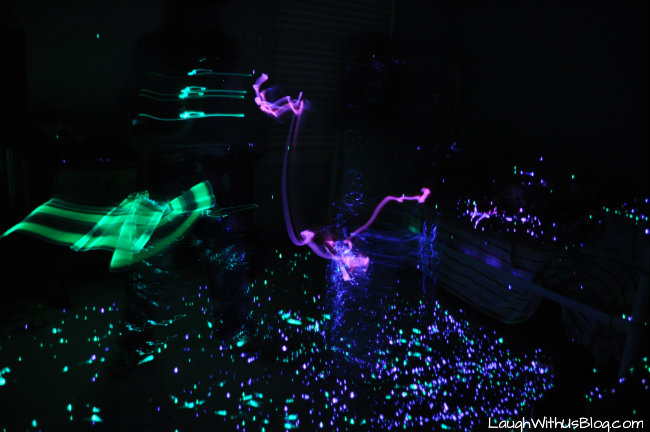 Carpet, walls, clothes–everywhere!  Before I had given the toys to the children I read the package.  It said they were non-toxic, but should one leak to clean it up right away because it might stain.  I looked all over the room.  “Oh my!”  I hoped it all wouldn’t stain.  Then I thought how much fun that would have been when I was a child, and I just couldn’t squelch it.  “Hold on,” I said as I ran to get my camera.  They enjoyed the fun until the stuff ceased to glow, though I did have them quit flinging the liquid around the room!    So far it doesn’t look like it stained so all’s well!