I told you a little bit about the annual race last year.  This was to be my seven-year-old daughter Joy’s last boat race as next year she promotes to the next club.  She won first place the last two years.  I kept telling her that she might not win this year.  “But that’s what you said last year and I won,” she would reply.  I reminded her that doing her best was what mattered even if she didn’t win we would be proud of her.

The room was so full and loud that I was feeling claustrophobic.  I moved to sit in the back row holding the baby until one of our girls would race.  By the time I pulled out my camera my little Grace had already finished her last race and I didn’t get even one picture of her.  It had been already been a trying day, and I felt like such a horrible mom! 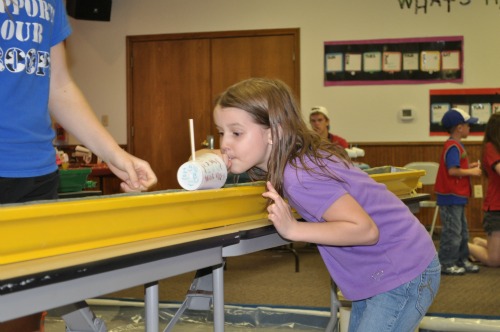 Joy was a little worried after the first race when she placed third, but she took it in stride.  The next two races she placed first and then she placed second in the final heat.  Her score was enough to get her into the finals for her grade where she was able to pull off another win!  Unbelievable.  She won the trophy three years in a row! 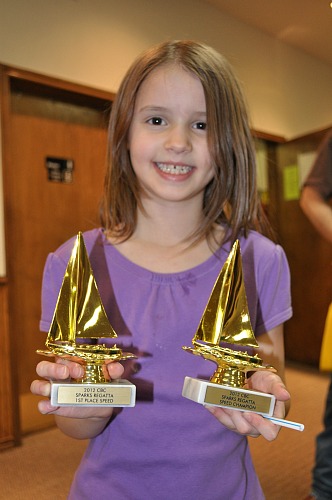 Then she also was able to win the race against all those who had won first place from each grade to win the overall speed champion trophy!  There is just no slowing this kid down!