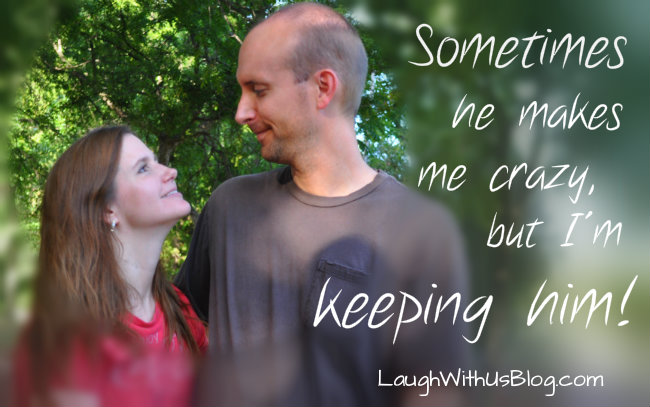 Jason called from work that he had a migraine.  When we first moved to the area he was working downtown Dallas, and I told him that if he was going to get a job working there he’d have to find a way home himself when he had a migraine–and I wasn’t kidding!  But now he works in Fort Worth which isn’t as bad, but our van was in the shop, so there really wasn’t anything I could do.  He was driving home, he said.

I didn’t know what he would want for supper or if he’d be eating at all so I decided to wait until I saw how he was to decide.  The kids are easy to cook for.  I wouldn’t need a big meal if Jason wasn’t eating.  We waited, and waited, and waited, but Jason never got home.  I tried to call both his work number and his cell number several times.  I was beginning to have visions of him in an accident on the side of the road somewhere.

What was I going to do?  I went to try to call him again, but my phone was out of charge.  The charger was in our bedroom where I had left it the night before.  As I walked back there, something moved.  I jumped flailing my arms wildly and screaming as if trying to break the mirrors.  There was a man in my bed!  It was of course…Jason!  The stinker had arrived home, slipped inside unannounced, and climbed into the covers without me or any of the kids seeing him!  A simple, “Honey, I’m home,” would have been awesome!  He must have been there over an hour as I worried about him!  And poor thing there he was with a migraine, and I had to go shrieking at him.  Ha ha!

Yes, our van is in the shop AGAIN!  Hopefully it will run well for more than a month or two before we have to take it back in again!