Ever since the beginning of summer I have been stopping by the Jelly Belly snow cone maker display at our grocery store.  In this Texas heat with five kids what would sound like more fun than their own snow cone maker?  And with a brand like Jelly Belly I was betting the snow cone syrups would be awesome.  But, I would stop, look, and then move on.  My kids would hold their breath, “Is Mom going to buy it THIS time?”  Time and time again I walked away.

At home I even went as far as to research the machines.  I saw mixed reviews on Amazon.  People had petty complaints, but then again people ALWAYS have petty complaints.  It wasn’t a commercial or super expensive model so I wouldn’t expect it to last forever, but would it be worth it?

And then the other day I walked by and stopped as usual and it was on sale!  This time I loaded one into my cart along with a collection of syrups much to the delight of my crew! 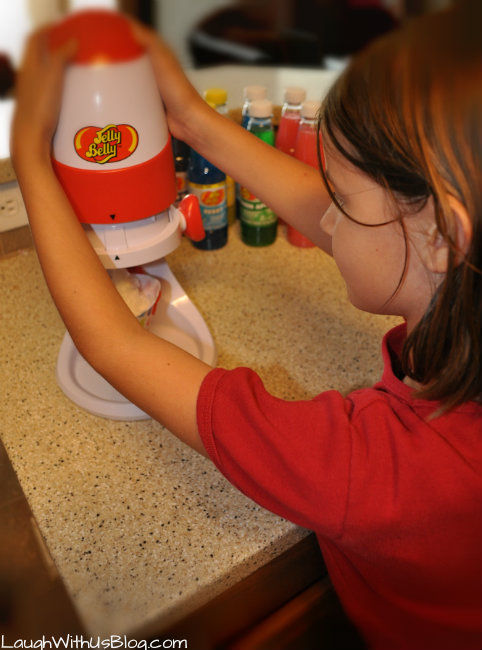 It took me about five minutes to get the machine put together and then the kids were making snow cones!  It does take a little while to make each one.  Hey, it doesn’t hurt to make them work a little! 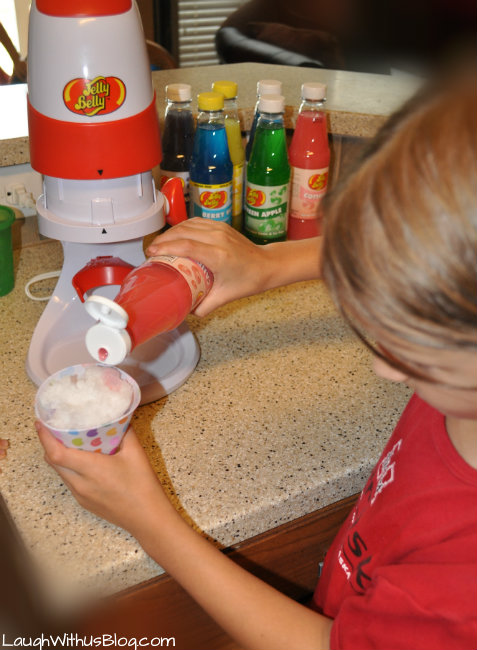 Each child had fun picking their own flavor.  So far Cotton Candy and Pina Colada are huge hits!  And then after we made a few cones it quit working.  No more shaved ice was coming out.  I looked inside to find that a plastic part had come off.  At first I couldn’t figure out how to put it back on, but eventually I did and we were back in business.  After making one for each of the kids the motor was feeling pretty hot.  I’m sure it wasn’t built for a family of seven.  I will be curious as to how long it lasts. 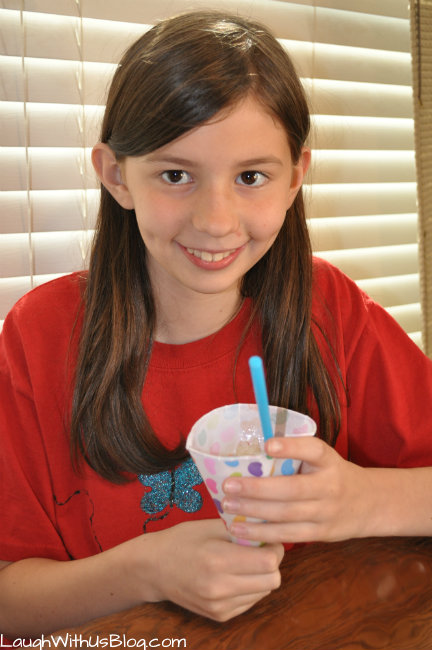 But for now we’re enjoying snow cones made in our own kitchen!  And I was right about the Jelly Belly flavored syrups.  They are awesome!