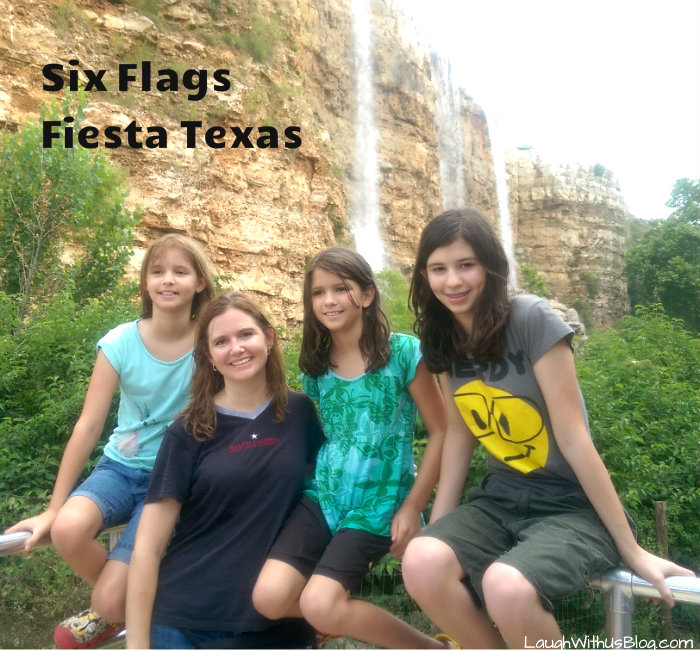 I love theme parks! Living so close to Six Flags over Texas I have always wanted to get season passes, but this is the first year that I had the resources (thanks to the super great deals offered in the fall) and was not pregnant or nursing a baby.

Buying the season passes early we received Gold Combo tickets for no extra charge.  We have free parking and admission to Six Flags all over the country!  So when we found out we would be going to San Antonio for AdventureCon we arranged to stay an extra day so that we could go to Fiesta Texas too.  But alas after a late night resulting in a late morning and a meeting in the afternoon we only had a few hours in the park, but it was a blast. 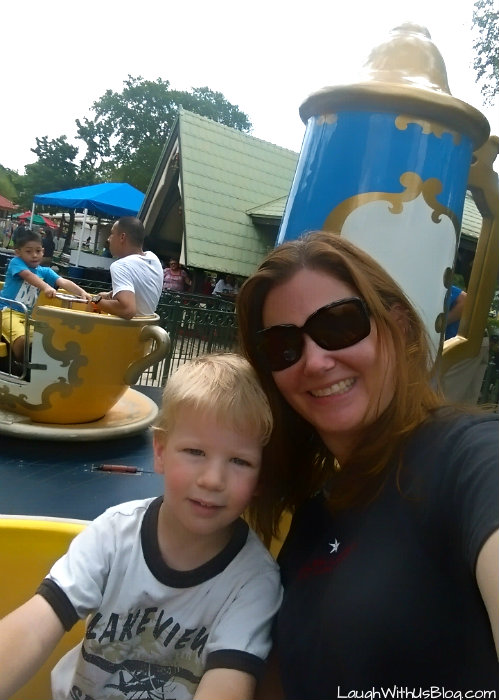 We hit the ground running.  The girls went with Jason and went for roller coaster thrills, while the boys and I found some kiddie rides.  And that, my friends, might be the best selfie I’ve ever taken.  I don’t think I’m in the running for any selfie taking awards any time soon ha ha! 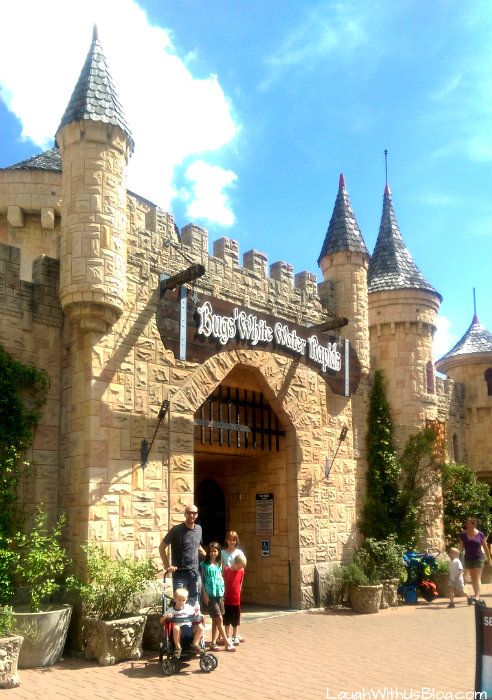 Then we hit Bugs’ White Water Rapids.  On such a hot day this was the perfect ride.  It was one that was suitable for the whole family.  The line, though it was short on this day, was mostly air conditioned and the splashes along the way felt GREAT!  The boys and I rode it about five times before the family even joined us.  Huge hit this ride was! 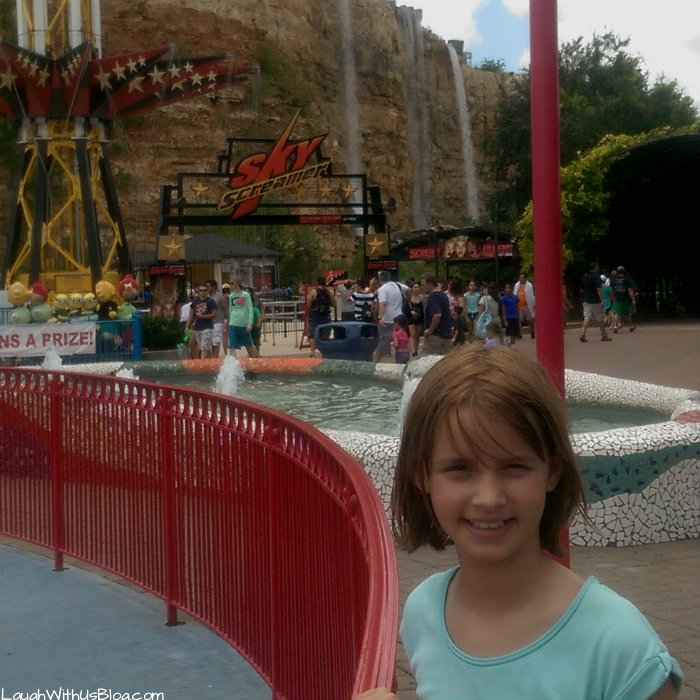 We loved the view from the Sky Screamer!  Gorgeous! 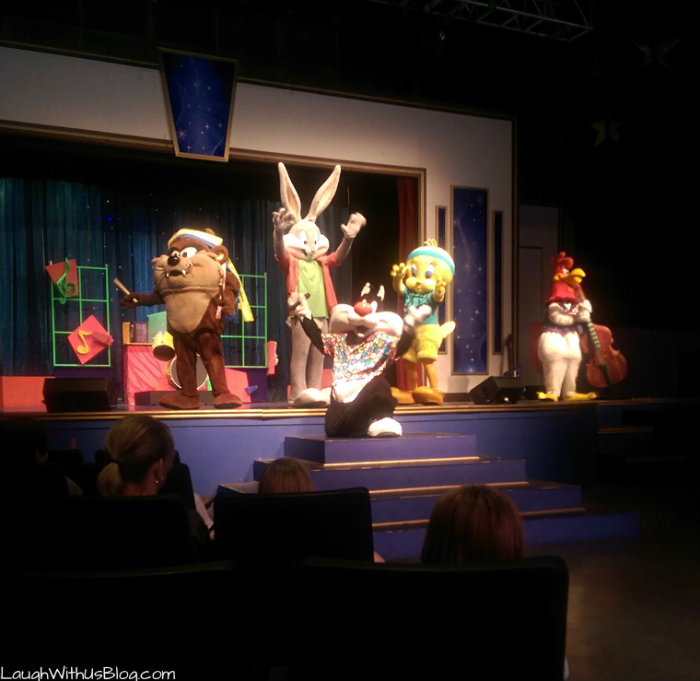 We enjoyed a family pizza pack meal with live entertainment.  Having grown up on Looney Tunes, my kids have watched all the old shows too.  We love Bugs and the crew! 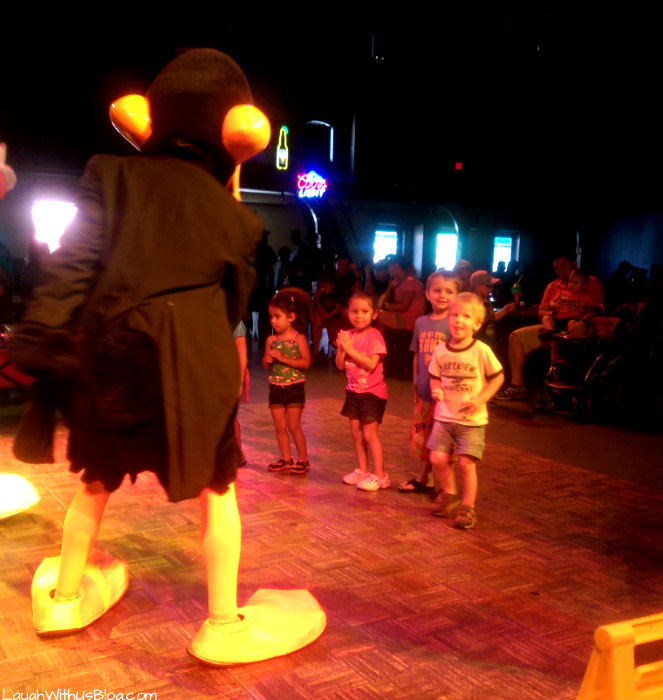 Bobby even got in a little dancing.  He was so cute jammin’ out there, but by the time I switched over to video he came and sat down and wouldn’t go up again.  Rats!

And this is how we ended the day.  No kidding.  20 times.  The boys had so much fun, while the girls and Daddy went for bigger thrills.

We all wished we had more time at Fiesta Texas.  Hopefully we’ll get back again sometime to explore more.