*Disclosure: Silver Dollar City provided our family with free one day tickets to the park.  All text and opinions are my own. 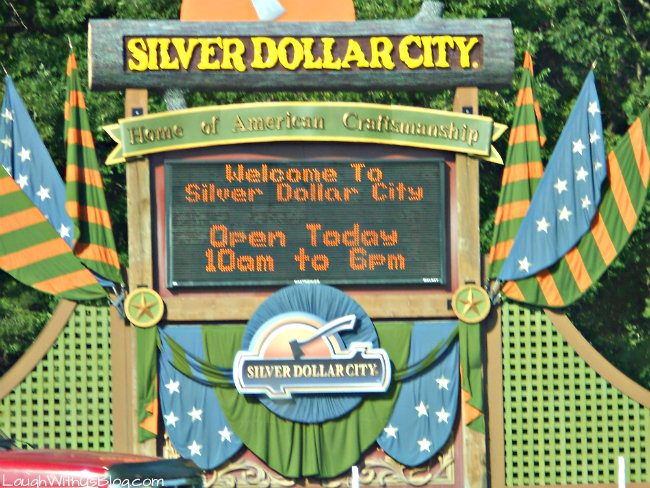 Silver Dollar City!!!  I was so excited to see the sign on the morning of our fourth day of our family vacation in Branson, MO.  I had wanted to take my family here since before I had children.  We timed our arrival perfectly, arriving about a half an hour before the park opened.  That gave us enough time to park (The parking is free!  I love that.), hitch a ride on the tram, and be inside the park just before everything opened. 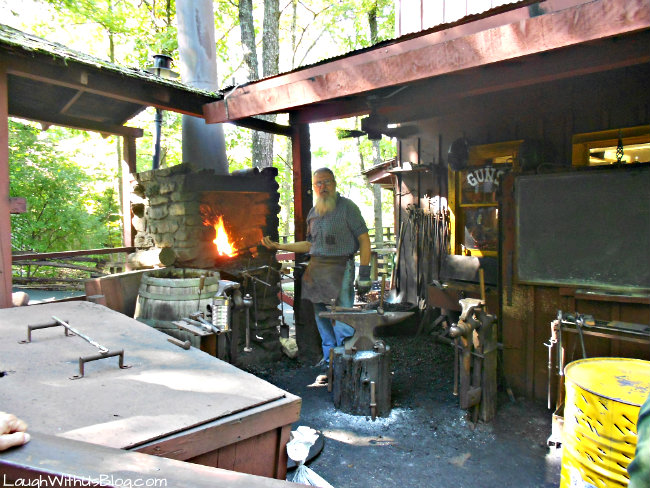 We visited Silver Dollar City during their annual Southern Gospel Picnic.  I was looking forward to seeing the shows, but as soon we arrived we realized that people had shown up in droves to see the shows.  Early in the morning there were very long lines an hour and a half before the shows were scheduled to begin.  I took one look at the lines and my five children and decided we would have to come back another time to see the shows.  What we did find however was a thrill rider’s dream day at Silver Dollar City.  There were absolutely no lines on any of the rides.  We went from one ride to another all day long.  It was the perfect time to take five active children! 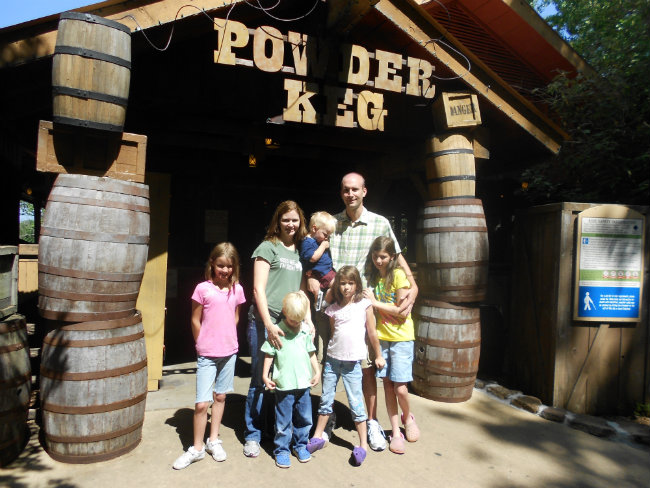 One of the first roller coasters we got on was the Powder Keg.  We had no idea what we were getting into when it shot us out at the beginning of the ride.  It goes from 0 to 53 miles per hour in 2.8 seconds!  We were petrified.  Ha ha!  I have to say it was the gentlest, smoothest roller coaster I’ve ever been on.  In front of me was a man in his late seventies with his wife.  If you love roller coasters, but don’t like getting beat up, then this is the coaster for you. 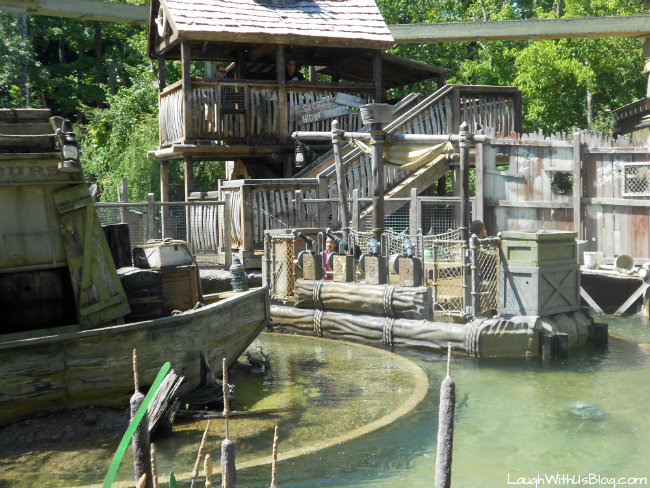 The kids (and their father) had the best time on the River Blast Ride.  It’s water gun war and you don’t have to be on the ride to join in the fun as spectators all around the perimeter are trying to get those on the ride.  My family could have done this ride alone all day long.  In fact I heard, “Can we do that again?” after every single ride, but we kept moving on so we could see the entire park. 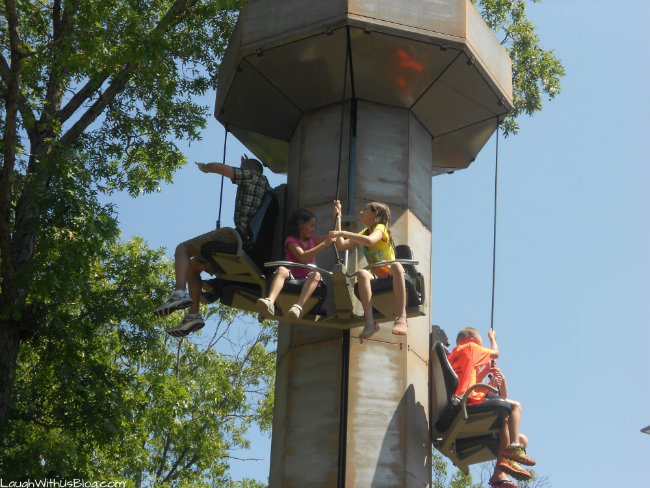 The Silo Climbing Towers was also a hit.  The girls loved racing their daddy up and down.  On this attraction riders pull themselves up and then gently glide down as the tower slowly spins. 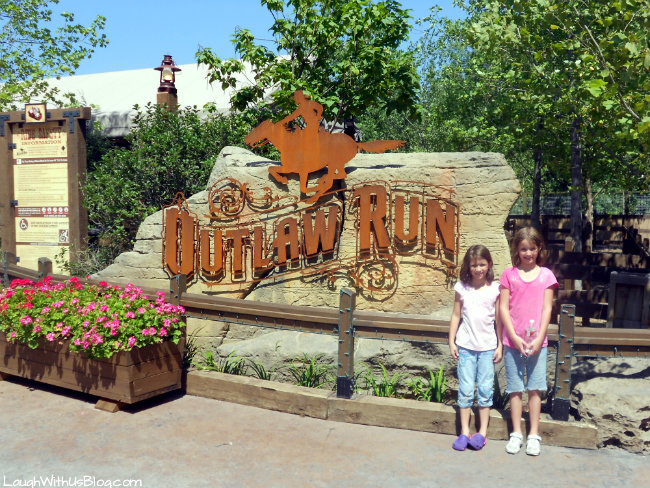 Silver Dollar City has made history with the opening of Outlaw Run this year, the world’s most daring wood coaster!  It is the only wood coaster to turn upside down with a record-breaking 3 inversions!

More about our day at Silver Dollar City coming soon!  🙂