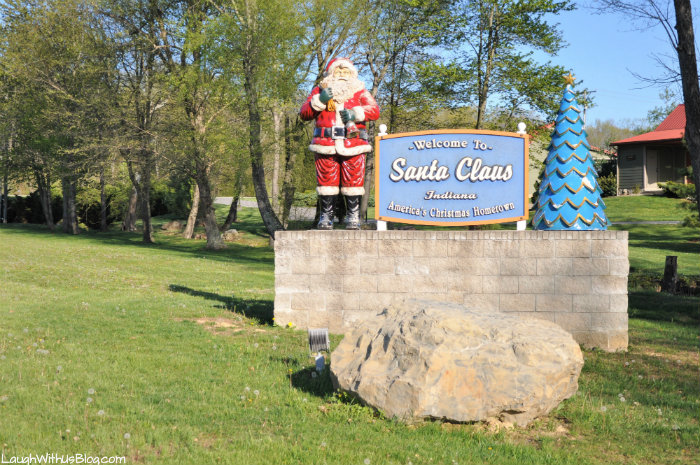 Christmas in July anyone? I HAD to visit Santa Claus, Indiana! I mean. How fun is that? We found Santa Claus to be a quaint little town. The population is less than 3 thousand, but from the neat things in Santa Claus I’m pretty sure that tourists and vacationers spend many a dollar here. 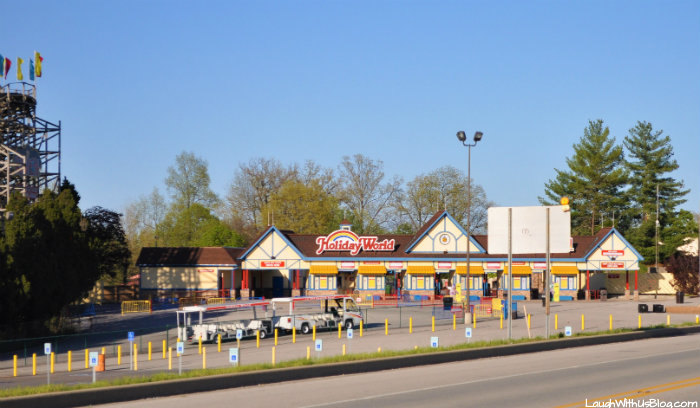 Holiday World! I was bummed when I realized that Holiday World opened just the weekend after our visit. I should have planned that just a little better. Holiday World and Splashin’ Safari are a theme park/water park combo that is open for the summer. With weekend hours beginning in August. It looks like such a blast! Check out their website for details>>> Holiday World. 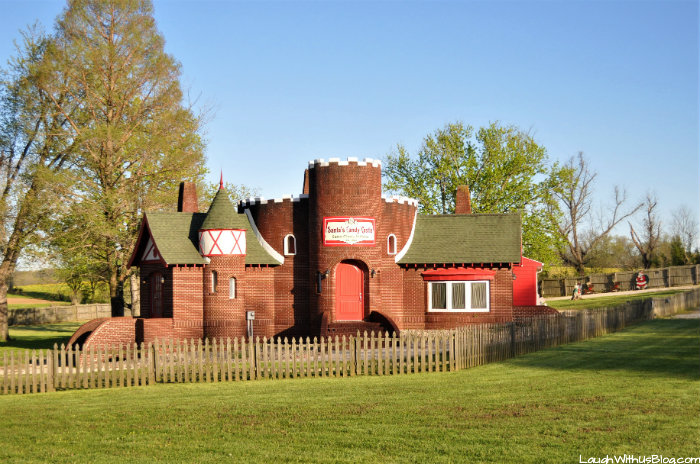 Visit Santa’s Candy Castle! The first building in Santa Claus Town was Santa’s Candy Castle, dedicated on December 22, 1935!  This was opening of Santa Claus, Indiana’s first tourist attraction and the first themed attraction in the United States!  kids can log in to an exclusive North Pole Network, an interactive computer lab for kids. Chat with an elf, tell Santa what you want for Christmas and make sure you aren’t on the naughty list. If you make Santa’s List, you can to take home an official Good List Certificate. The cocoa and candy are also reportedly good. 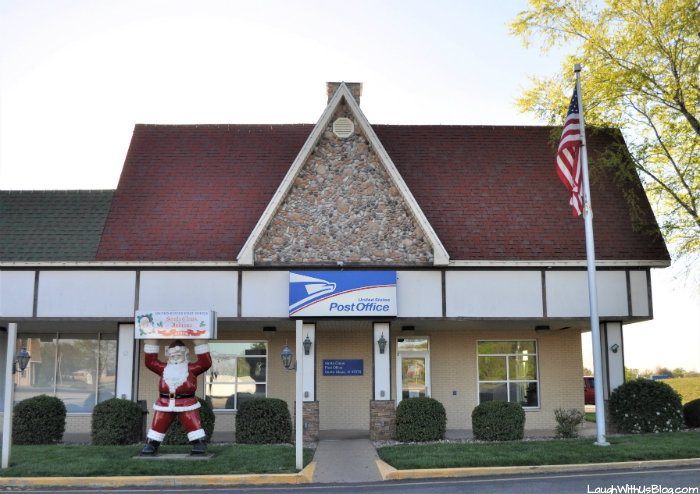 Santa Claus’s post office is the only one in the U.S. that has the name of Santa Claus. Because of this, the post office gets thousands of letters to Santa from all over the world each year. Volunteers known as Santa’s Elves ensure each child receives a reply from Santa Claus. This tradition has been kept alive since 1914. 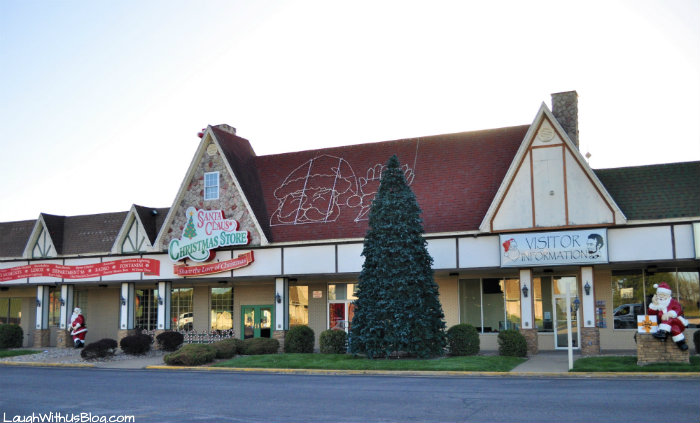 Stop by the visitor center or shop at the Santa Claus Christmas Store, open year round. 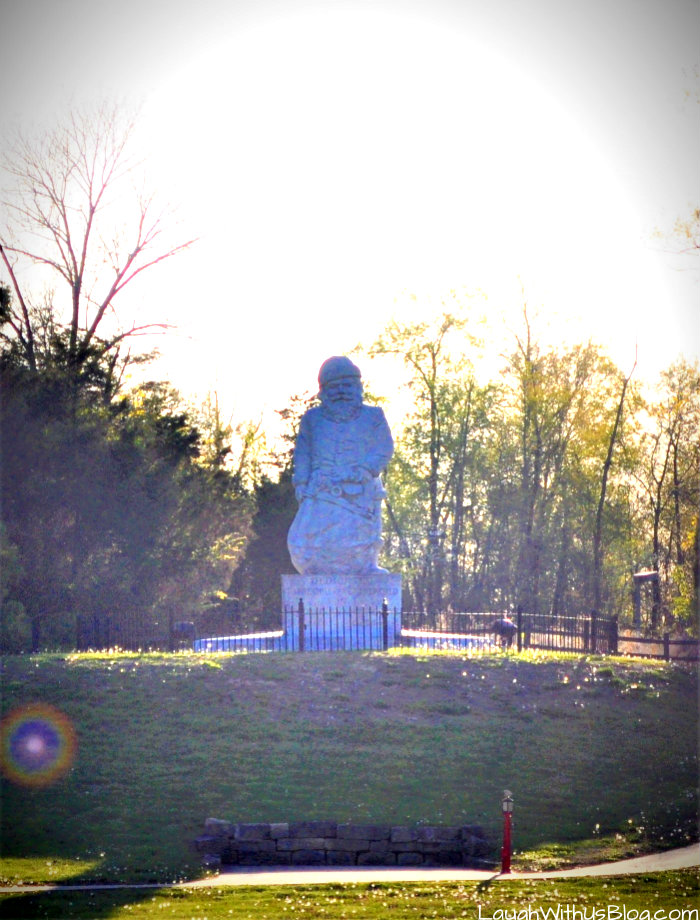 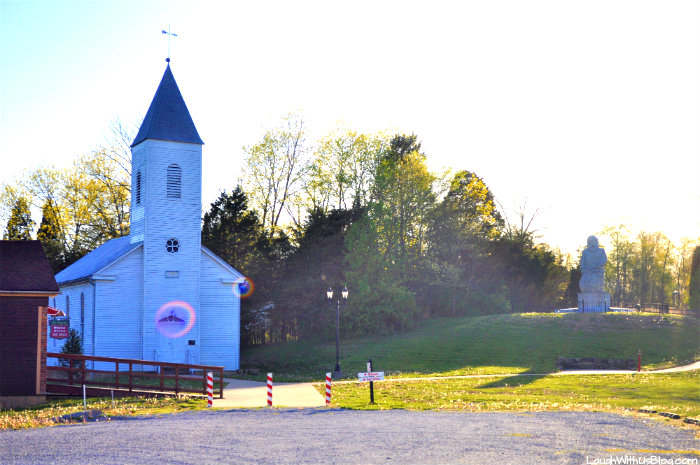 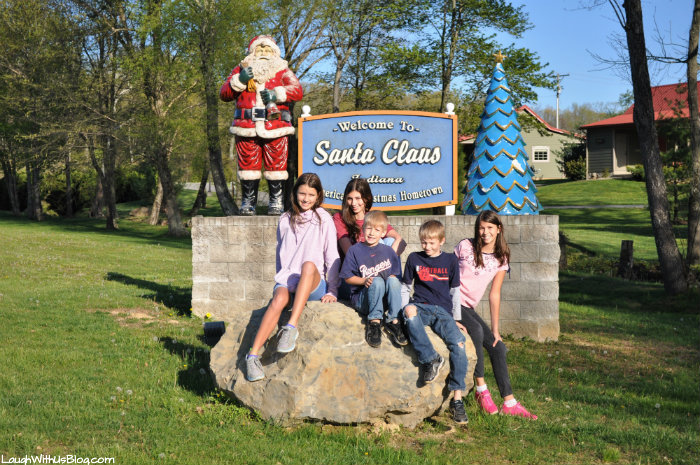 While we are not “believers” in Santa and never taught our children to believe in Santa, I loved the fun of Santa Claus, Indiana. On Christmas at our house we downplay the American tradition of the man in the big red suit and glorify the true meaning of Christmas, but July is the perfect time to have fun with all things Santa in Santa Claus, Indiana! 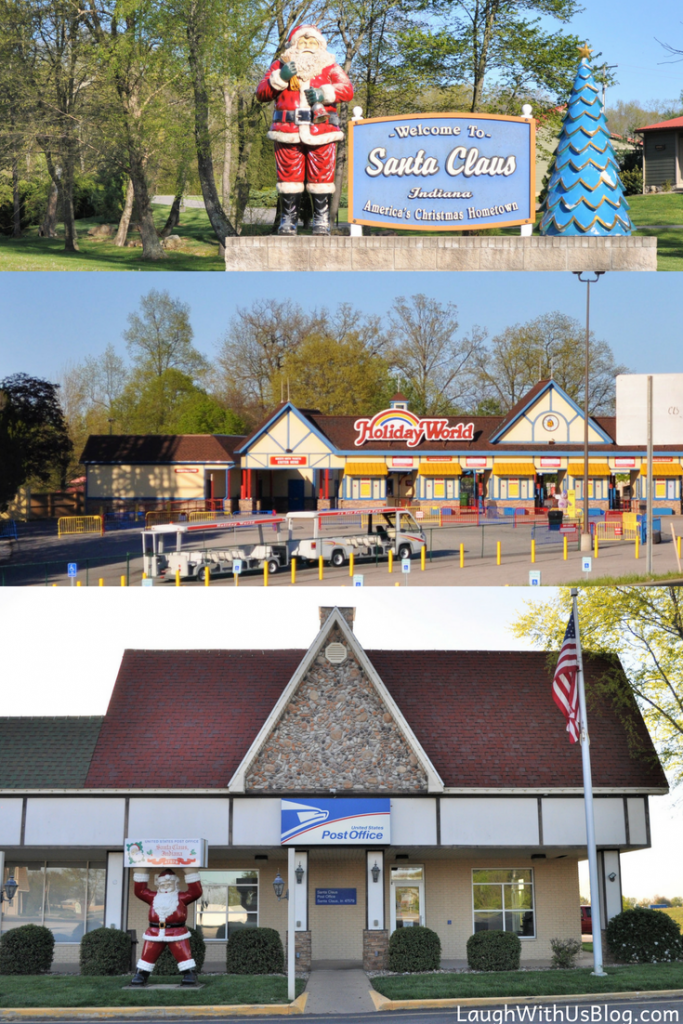