Explore Galveston’s historical sites! There is so much more to the island than the beach! My visit to Galveston, Texas was sponsored as a part of a familiarization trip with Texas Travel Talk and Galveston City Visitors Bureau. All opinions are my own. 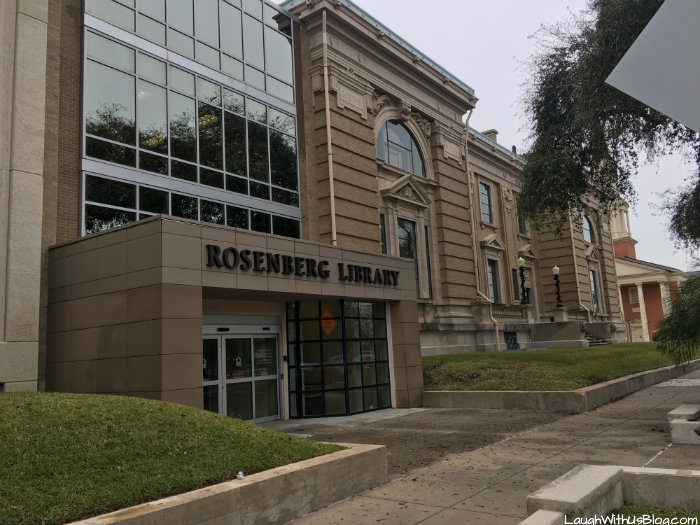 Why would you want to stop at a library on vacation? It was a question I asked a friend long ago, and you may have the same question. While the Rosenberg Library is a fully functioning library like you probably visit in your home town, there is so much more! And YES, it should definitely be on your list to visit on your next trip to Galveston, Texas! 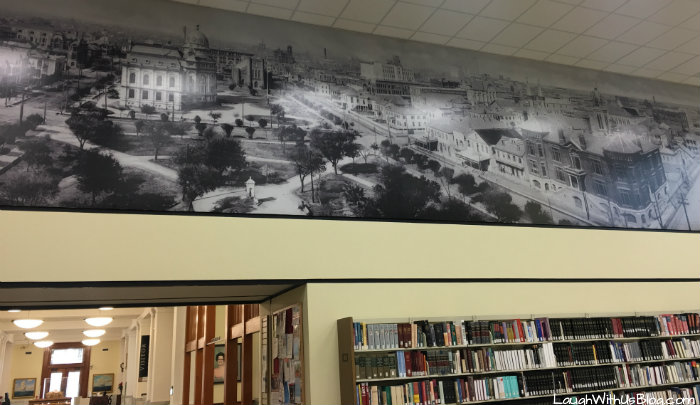 Panoramic photo of Galveston taken from the County Courthouse in 1904.

The Rosenberg Library is famous! In fact when I told a friend we went to Galveston the first thing she asked was, “Did you get to visit the Rosenberg Library?” It is a historical site and museum as well. It is the oldest public library in Texas still in continuing operation! 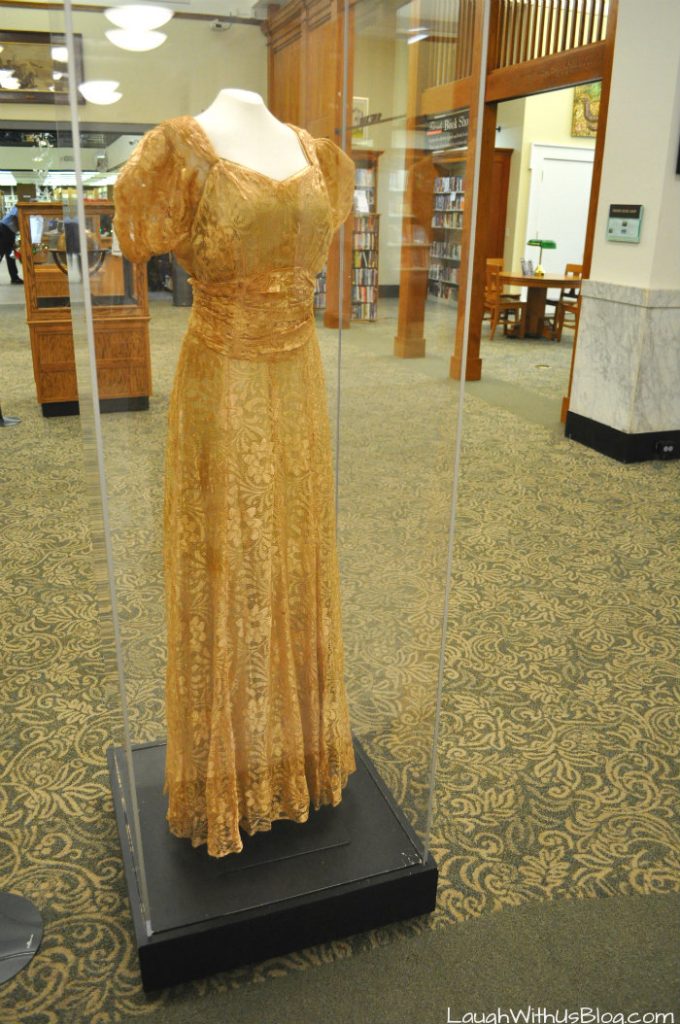 There are so many things to see! This gown was from the 1940 Galveston Artillery Ball. It was worn to the Artillery Club’s 100th anniversary. 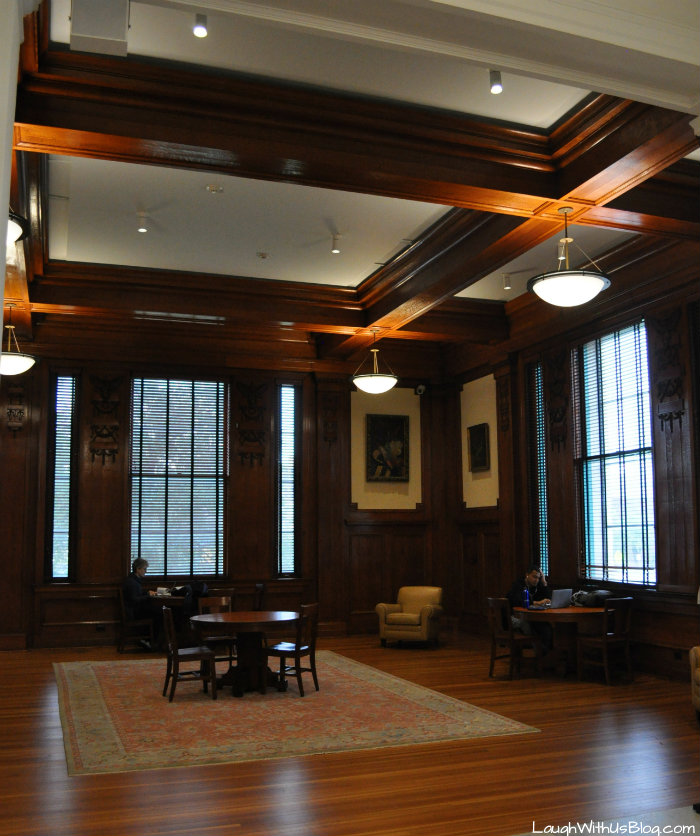 I love the beauty of early 1800 and early 1900 architecture! These rooms in the Rosenberg Library have been preserved and redone to their original state. Aren’t they gorgeous? 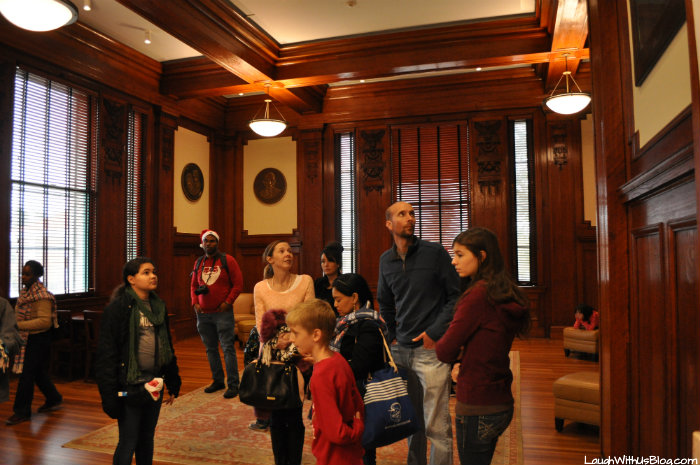 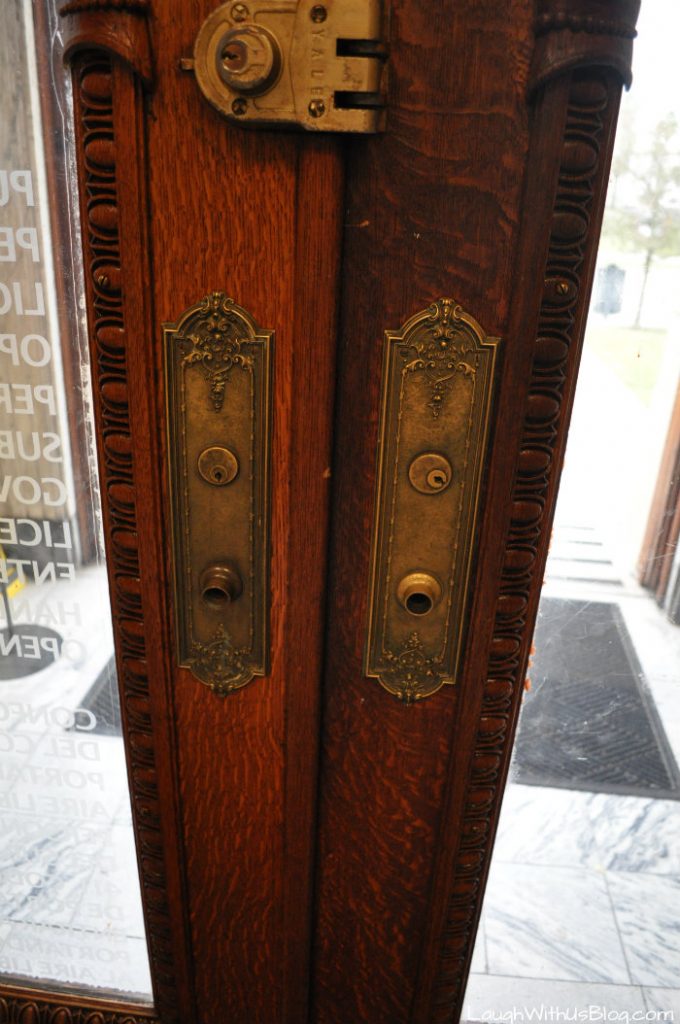 This door is the actual entrance to the old part of the library, so much detail! 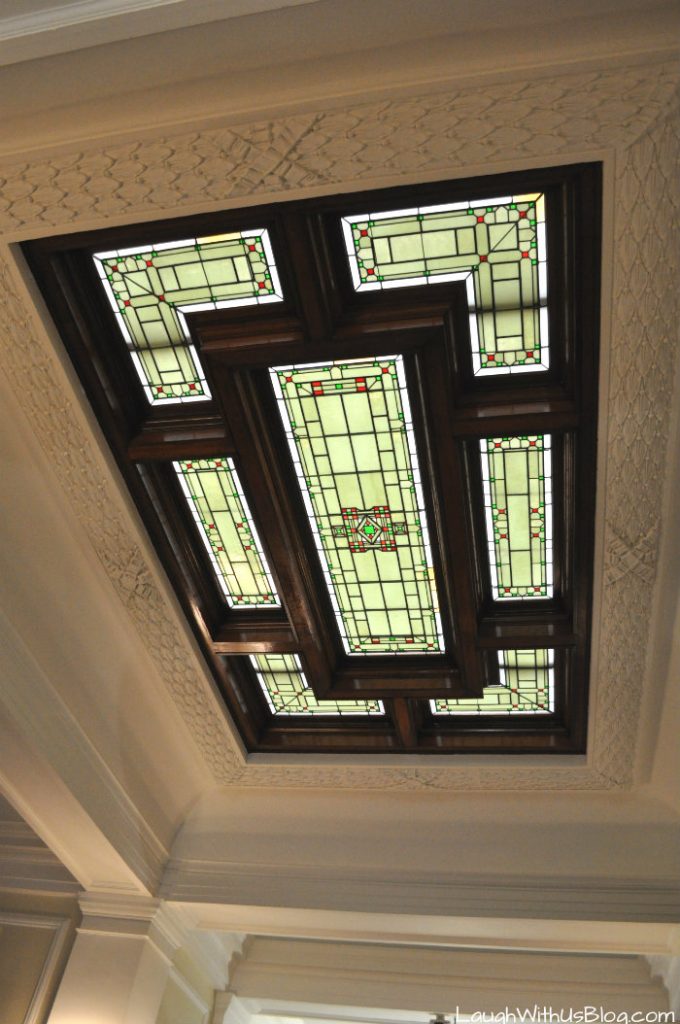 And just look at the ceiling! It is so beautiful. 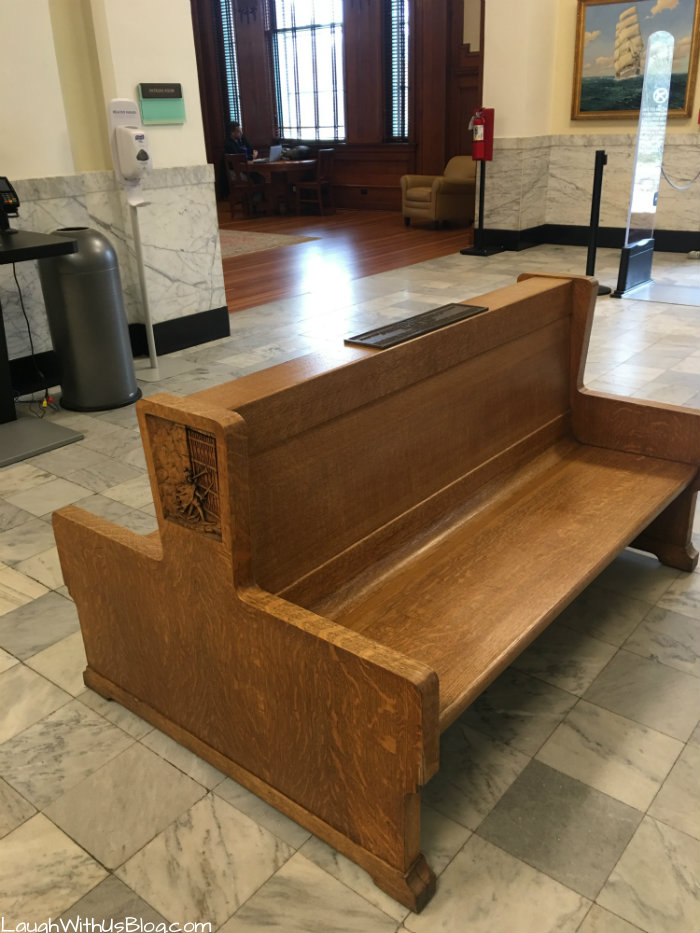 These back to back benches are from the original children’s library. 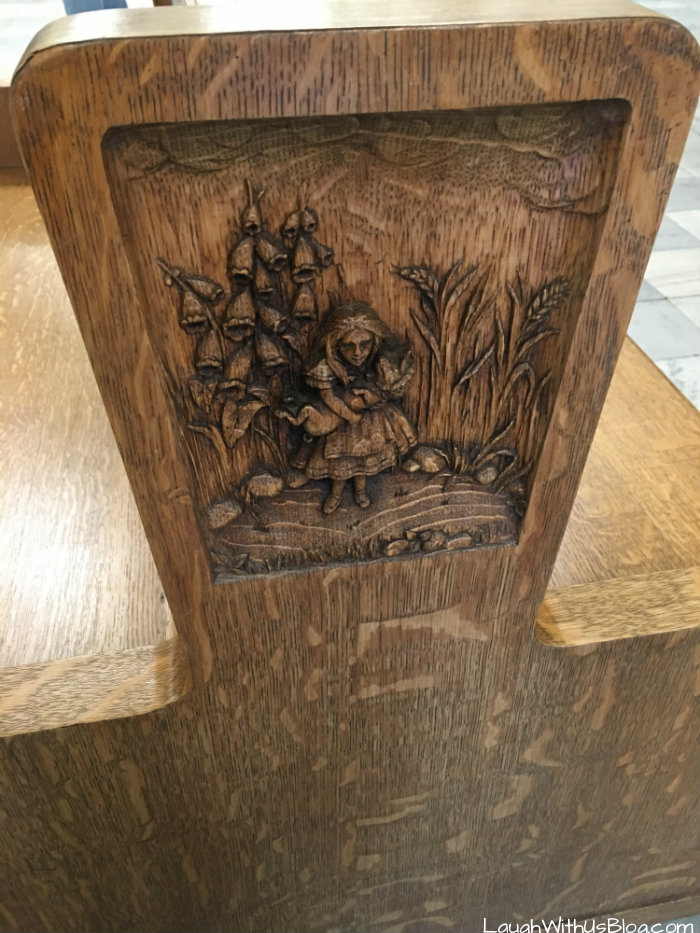 The sides have panels carved into children’s book characters! 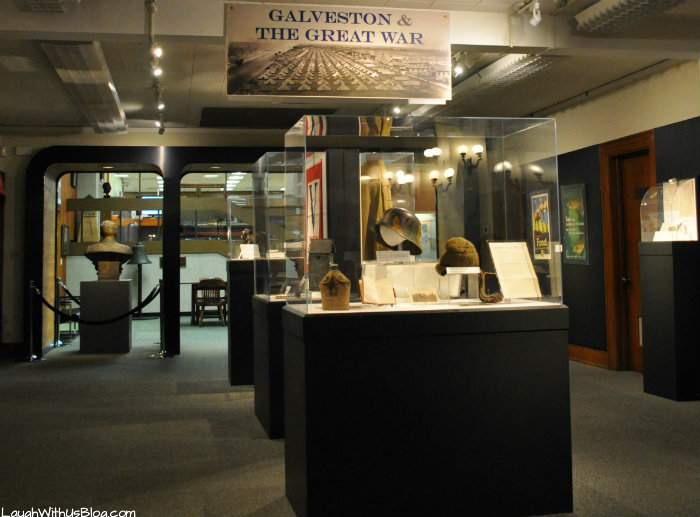 You won’t want to miss the library’s museum exhibits. Galveston and the Great War features original World War I-era artifacts, documents, and photographs from the library’s own historical collections. You will see military gear, war souvenirs, propaganda posters, wartime letters, and even a local soldier’s diary just to name a few. 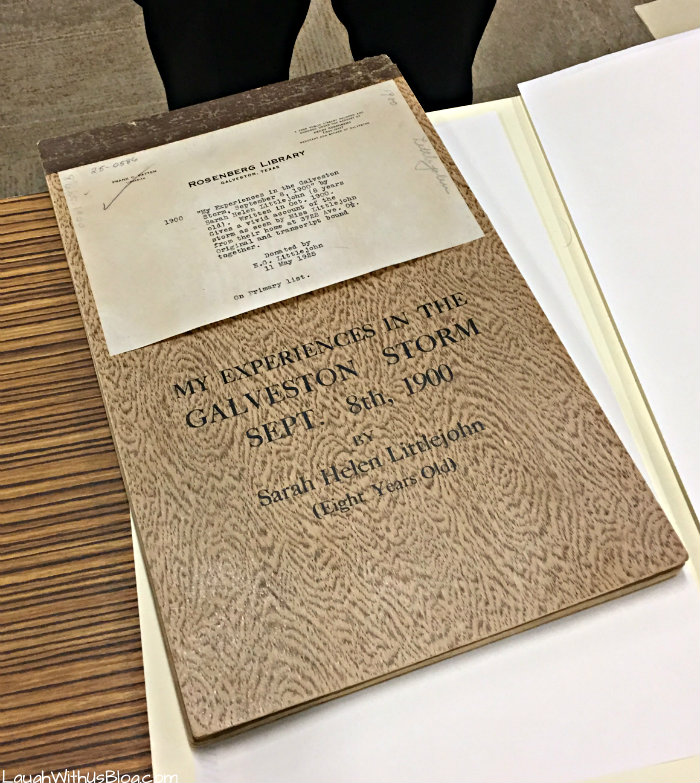 Visit the archives! The Rosenberg Library contains over a million books, manuscripts, documents, art, and historical items. It is one of the major sites containing documents and artifacts from Texas history. 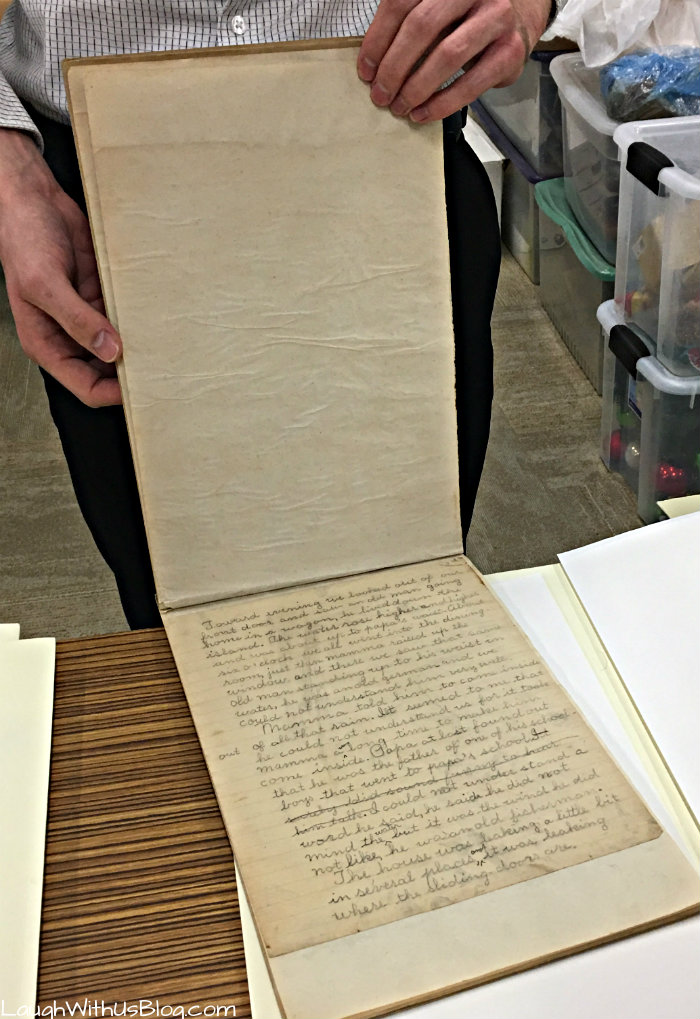 It was my first time to see the archives room in a library, and I found it fascinating. The library contains extensive vaults of original, one of a kind books and writings that you can actually see for yourself. If you’ve studied Galveston history, you are probably familiar with the Galveston Storm of 1900, but here you can read a first account of the storm from the perspective of an eight year old girl, in her own handwriting! Wow!

The Harris Gallery showcased “Pieces from the Past” a historic quilt collection. 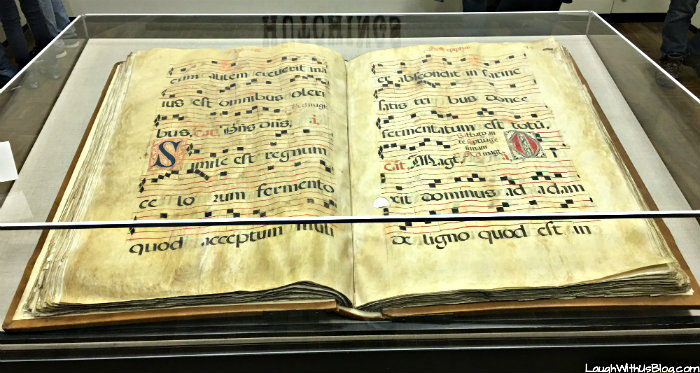 As you take kids though historical sites, you never know what will stand out to them. For us we will always remember this 17th or 18th century Choir book. As my girls came around the corner they exclaimed, “Look Mom, it’s in Latin!” and then began reading words from it! As part of our classical education the kids have been learning Latin, and they were so excited that they could understand some of what it said!

The book itself was neat to see. It is written on sheepskin. The book was large enough that an entire choir could see the music and words at once. Of course copy machines and projectors weren’t available! 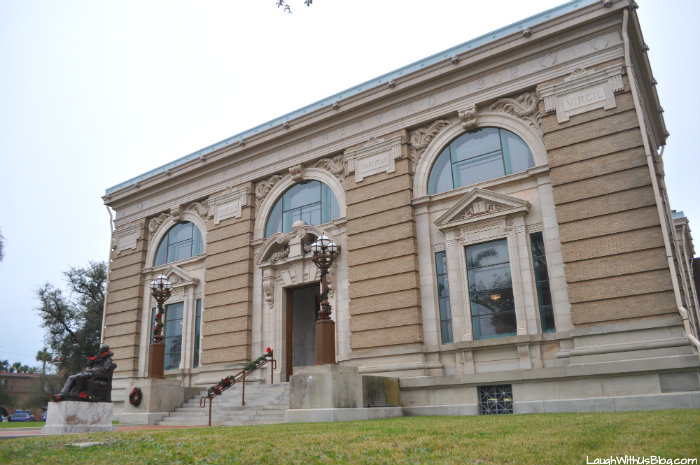 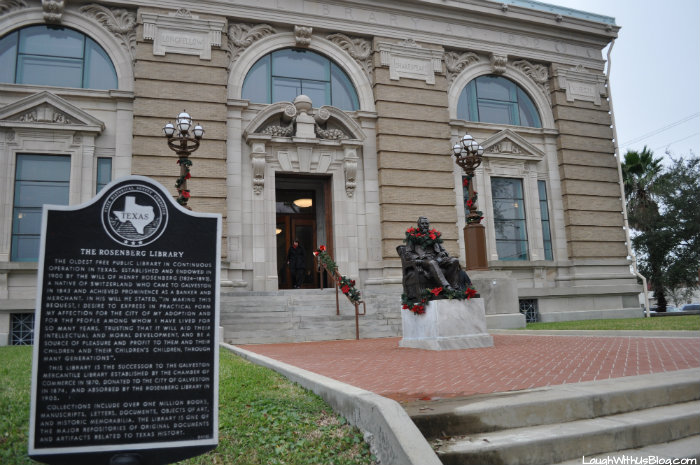 Whether you’re a real history buff or not, you’re sure to find many things of interest at the Rosenberg Library! While you’re there grab a library card. Something unique about the library is that you can get a library card here no matter where you are from! 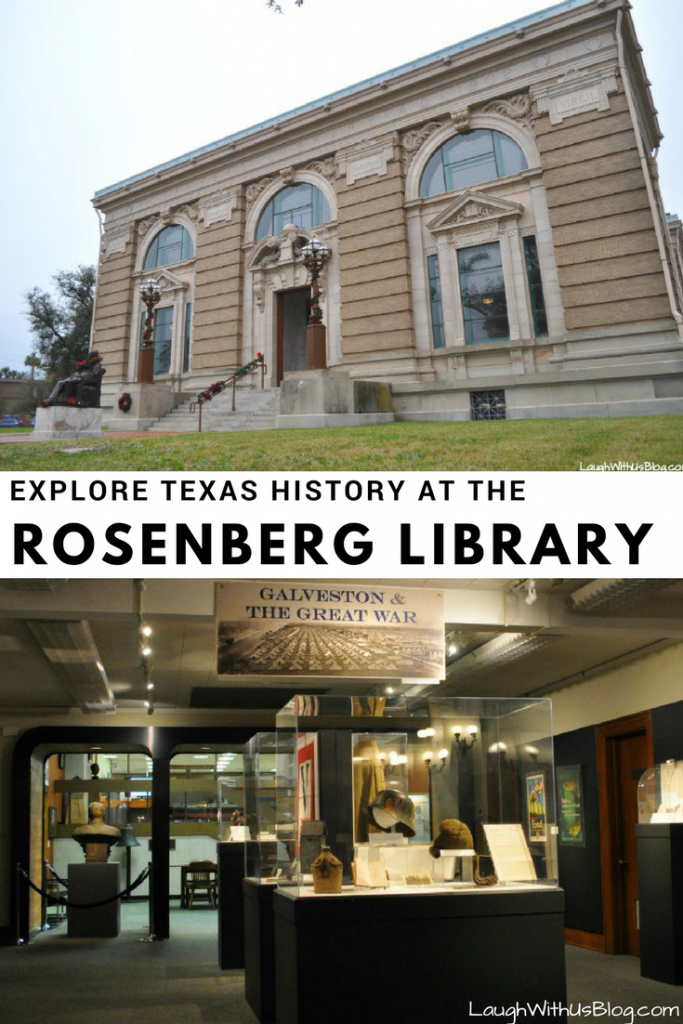 Planning a trip to Galveston? Pin this image for later!

For more places to visit in Galveston, head over to Galveston.com!