Last week we received word that Jason’s last living grandparent had passed away.  In a flurry I began the endless loads of laundry so that we could pack for the trip.  That’s when I received the call.  The van was in the shop and would not be ready in time for our trip.  We spent several hours trying to figure out what to do and in the mean time 101 more things went wrong. You know how it is! 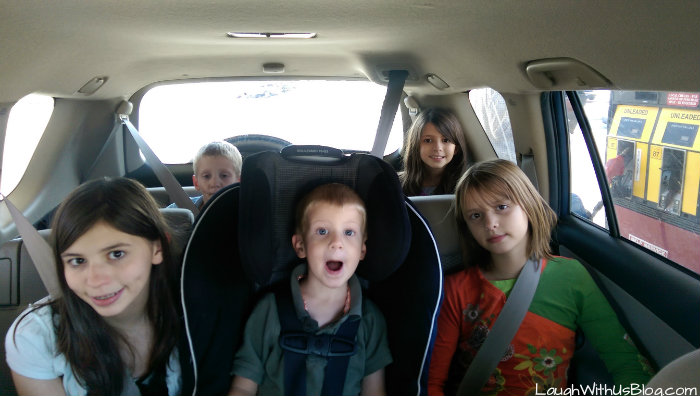 In the end we decided to make the 800 mile trip, all seven of us, in Jason’s RAV4.  We were pretty packed in there and the only luggage we took was a small duffle bag per person. I prepared for the worst, but believe it or not it was actually a very pleasant trip. 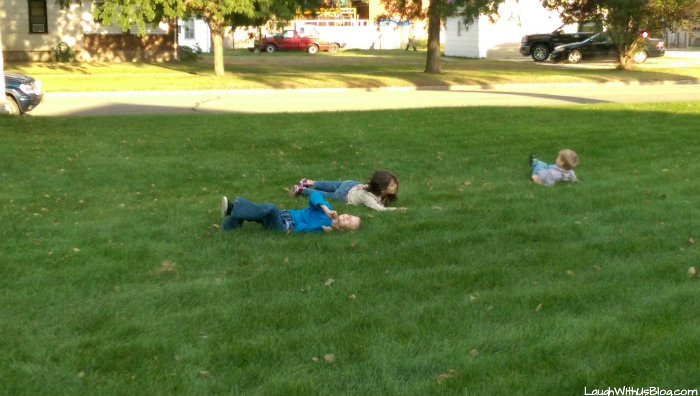 After twelve hours of driving we arrived just in time for the viewing at the funeral home.  I would have liked to visit more, but my little people had been cooped up in the car all day, I just couldn’t make them sit still in a room for more hours.  Instead the kids played in the beautiful Nebraska grass outside.

We began the morning with Dramamine, and I held my breath wondering who would get sick on this trip, but we arrived just fine.  I wondered.  Could this be the first family road trip no one gets sick.  It would be a quick trip.  Maybe it would be one for the books.  And then I woke up in the middle of the night throwing up.  Lovely.  It must have been something I ate, because by the next morning I felt fine.  Whew.  There you go.  It’s not an Irish family road trip unless someone throws up!  🙂 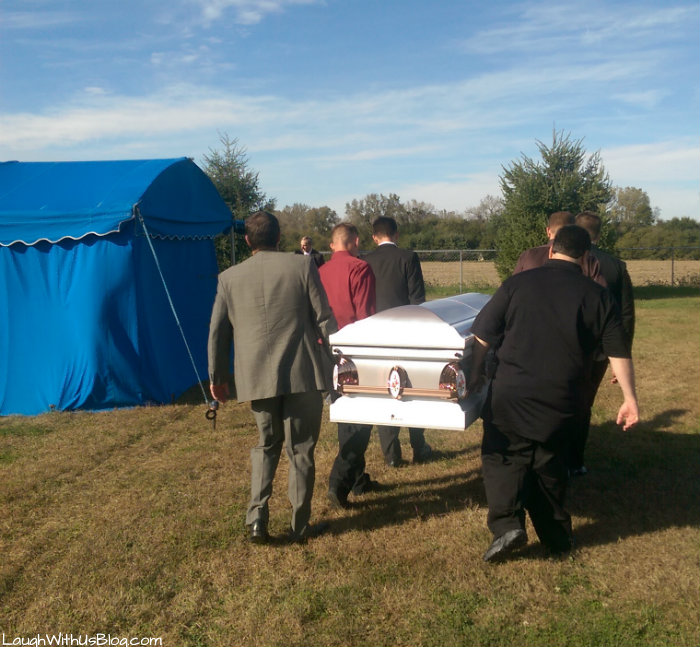 The next day we celebrated the life of June Irish.  In her nineties and riddled with various problems I’m glad her suffering is over, but how she will be missed.  She was one of the sweetest people I’ve ever known.  She always told you the whole truth about how she saw you whether you were too fat or too skinny, but she never meant any harm either way.  She was an amazing cook and homemaker.  During the time I spent with family at the funeral I kept looking around and missing the grandparents.  They should be there.  It didn’t feel right without them.  How I miss them all!

The next day we took a trip to a neat zoo (more on that later) and spent the day with family. 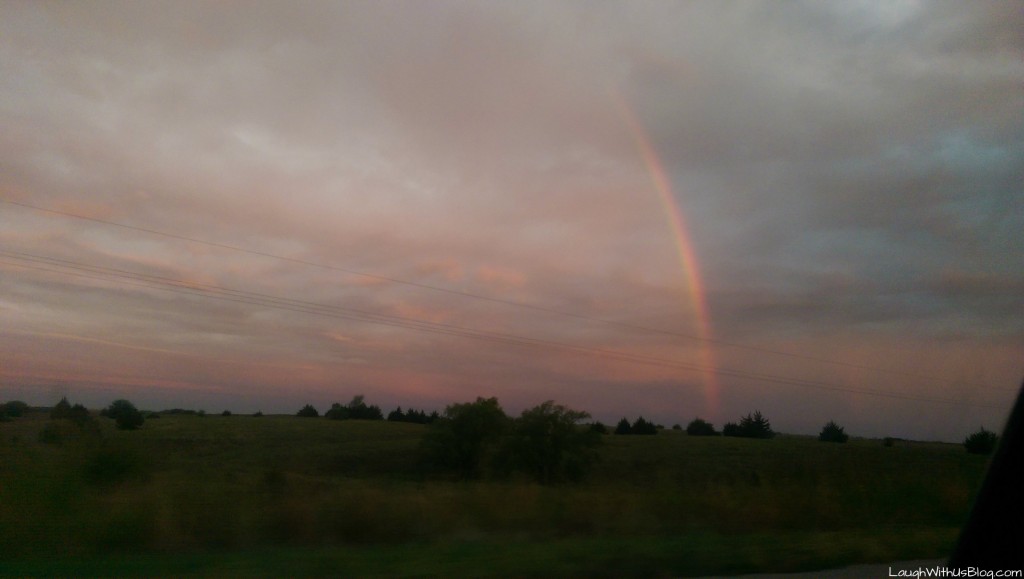 The trip home was as peaceful as the trip there.  The children did a really great job getting along, thanks in part to the awesome technology I was able to bring with us. 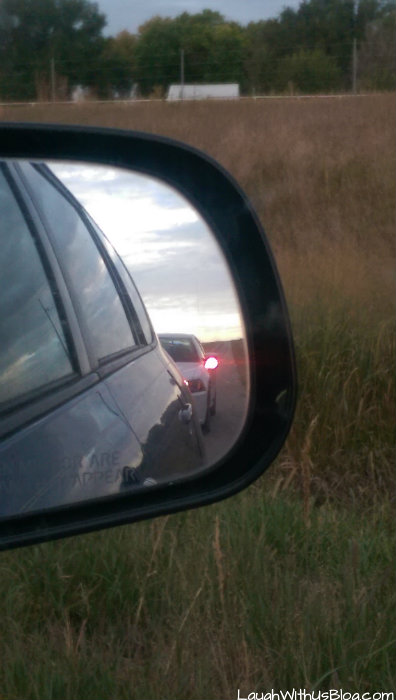 Our last adventure was being pulled over in Kansas for speeding.  We speculated what in the world the officer thought about our family piled into that little car, but in the end we agree he must have taken pity on us because he just wrote my husband a warning.  Whew!