Things have not been dull for our family of late; let me tell ya!  After our New Years time at home with Jason we had a few days of regular get the laundry done/homeschooling days and then my mom came and stayed with us for about a week.  I wanted to take advantage of our Saturday when Jason had off and do something fun.  We pondered different ideas, but wanted something that would be fun for Mom and the kids so we took everyone to Ripley’s Believe It or Not! 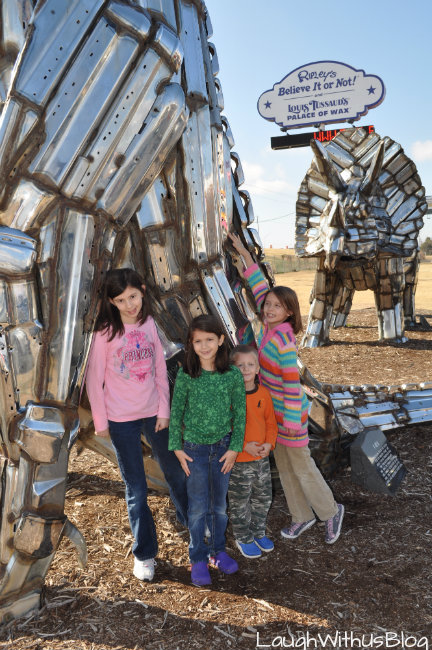 My three oldest had been here before but were too little to remember it.  They instantly wanted photos taken with the gigantic dinosaurs. 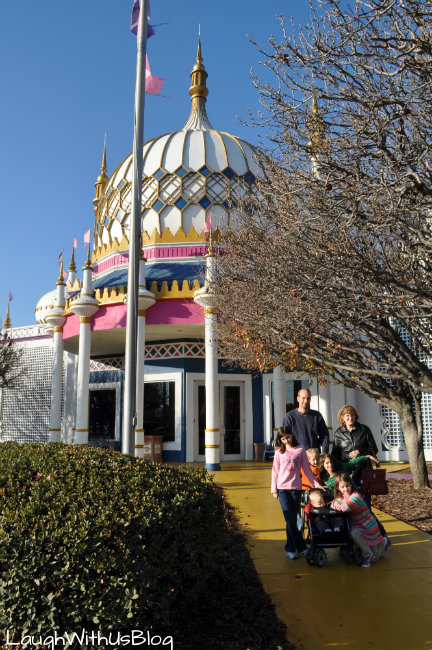 It looks like a castle!  Don’t let it deceive you.  It’s much bigger inside than it looks from the front! 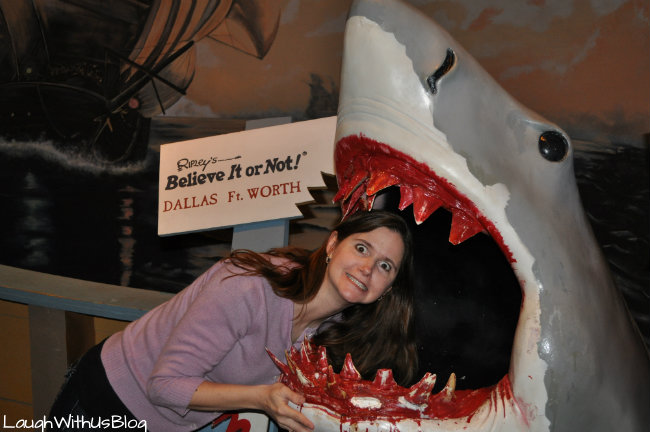 The girls would NOT let me get a picture with their head in the shark so I had to show them how it was done!  lol  It took a good hour or more to just go through the Ripley’s Believe it or Not.  We didn’t read every single thing, but most I would say.  We found the true like anomalies to be very interesting.  The kids had a lot of fun in the optical illusion section.  Then before I realized it we were in the middle of a scary movie type area.  My kiddos didn’t really like it, but didn’t seem scared of it except for the time a loud horn went off in the silence.  I was told there was a warning sign before entering, but in my excitement totally missed it. 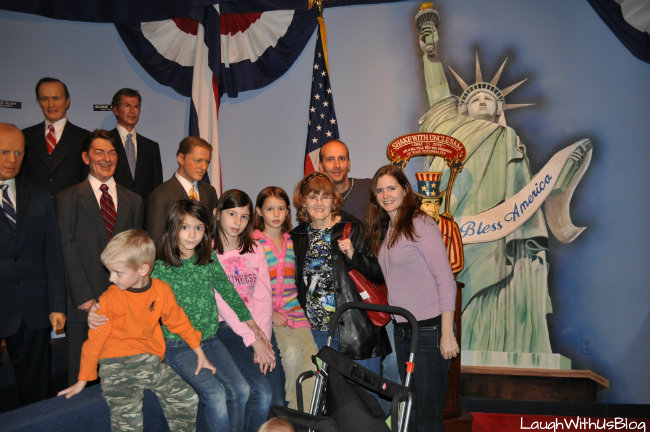 The Wax Museum was really neat.  It just kept going and going.  There were many neat displays.  Someone offered to take a photo of our whole group here by the presidents.  See us?  We’re all there!  Bobby’s head is totally visible!  Ha  ha!  I appreciated the effort anyway! 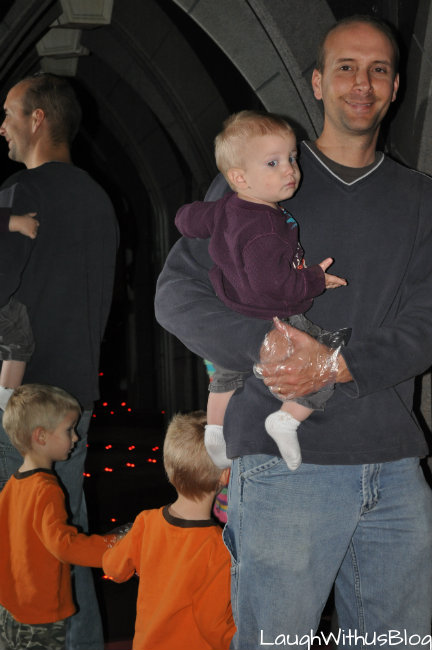 Next we went through the Maze of Mirrors.  I think this is super fun and if buying several of the attractions it’s not that much more.  Entries are unlimited.

We also bought tickets to their Mission Impossible laser game.  Doesn’t that sound like fun?  It was only two dollars more per ticket!  My daughter Joy absolutely loved it but…don’t waste your money on this one.  It is very small and takes about 30 seconds flat to go through it–not worth the full price or the $2 in my opinion!