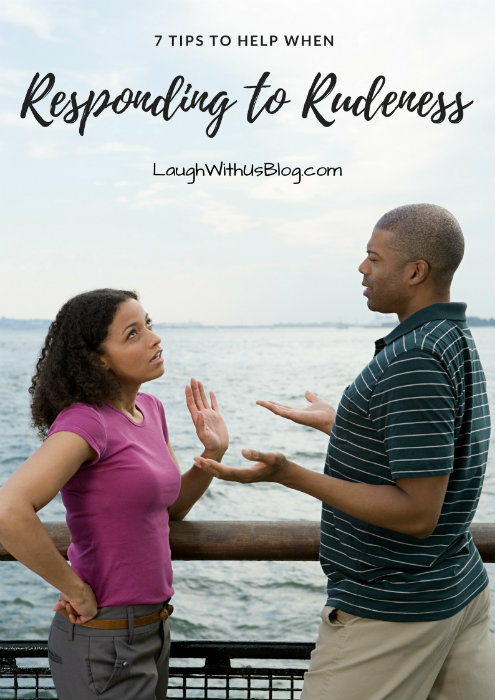 We all deal with rudeness. It’s how we respond that matters. In the course of my situation I collected 7 tips to help when responding to rudeness. My story begins here:

There have been lots of ups and downs in our lives since our big move to south Texas! Just when things begin looking up we get whammed with something else. You know how it is. These are the cycles in our lives. No matter how much we’d love to live in the fun, exciting times of life the hard things inevitably come.

This week has been one of the tough ones. We came from a super high, fun weekend in South Padre Island, and then Monday things began to go wrong. I went outside to meet my Golden Retriever only to find her dead! 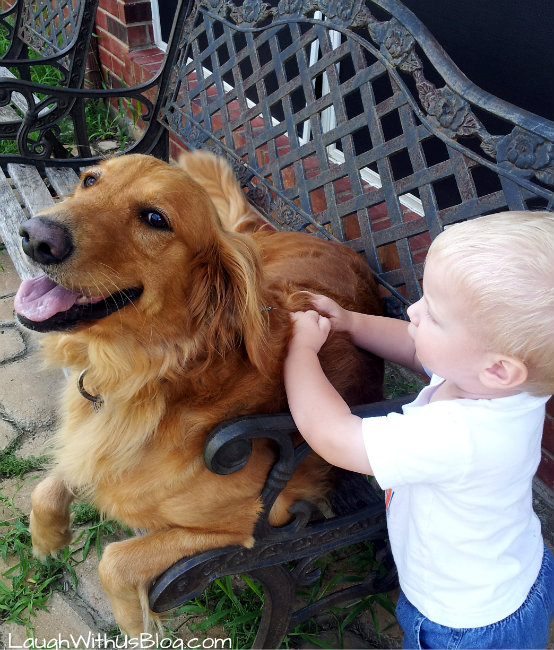 Here is Bobby when he was little with Sandy. The kids have grown up with her, and it wasn’t just loosing a dog, but she appeared completely normal the day before, so it was such a shock to find her dead. She was the sweetest dog!

Wednesday Little Jason woke up with a fever and throwing up. Now, kids get sick. I get it. But this little boy of mine doesn’t have the strongest immune system, and the last two times he got sick we ended up in the hospital for a week. First with a bacterial infection and last time with a virus. For me to find him sick was indeed concerning.

Then Thursday the next thing happened. I posted just a clip about it on Facebook:

What do you think of this? Happened today. The pool pump went out WHILE the pool guy was here. I said, “You’re kidding! Here my dog just died this week too!”

“Oh don’t tell me your problems. We all have them.” He said. “I have problems too. I don’t want to hear yours.”

Yep, our pool pump went out. If you have a pool, you know this is a huge expense. Then there was the pool guy’s comment.

I found the responses from friends on Facebook fascinating! Of course they didn’t have all the information in making a decision as to what they thought about it, just the blurb, but still I loved reading people’s reactions. Many of the responses were very similar to mine!

What my Facebook friends didn’t know, is that upon arrival I had already explained to him the death of my dog, because unfortunately we believe it was directly related to pool chemicals. At the time I told him, he gave a very appropriate response, something like, “That’s too bad.”

I later found him strangely walking around the house and went out to see what was the matter. He was looking for the breaker because the pump had shut off. That’s when, after flipping the breaker, we realized the pump quit working. When I had originally spoken with him at the beginning of the visit, the pump was running.

So it was THEN after having him quote me the exorbitant price on the pump that I exclaimed, just thinking aloud really, “You’re kidding! Here my dog just died this week too!” He has been working here for a few weeks and has always been very nice and friendly. So his comments to me after that were indeed a shock. His response was rude!

How should we respond to rudeness?

In reading and interacting with all the comments on Facebook, it really struck me that it was all great wisdom about responding to rudeness in general.

Normally, we react before we think, and this can get us in so much trouble! My first thought was, “How rude!” and my second thought was “You’re fired!” EXACTLY some of the comments on the Facebook post. Ha ha. This went through my mind in a split second. Thankfully, I didn’t say anything. In that initial reaction it’s almost always best to keep your mouth shut! So much heartache can by saved by not blurting out the first thing that comes to mind.

Look for the humor.

The next thing that came to mind was to find the whole thing hilarious! Did he really just say that to me? Who would do that? Why? And after he left, I laughed and laughed. THIS was the reason I posted it on Facebook. I thought it was hysterical. You know, when you’re busy finding the humor in the situation, it’s hard to be mad. 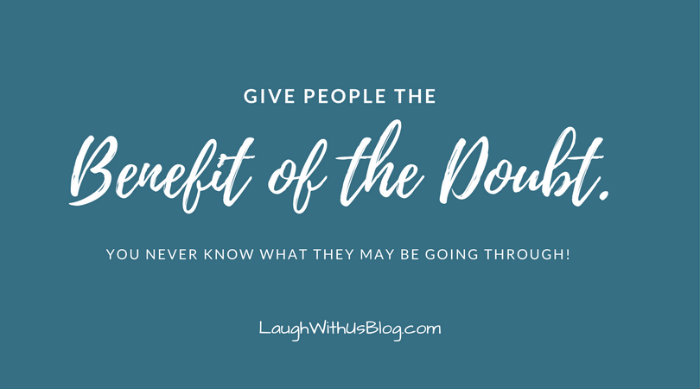 It’s so easy to take things personally, react, and respond back in rudeness because we take things personal, but this is never helpful. Why make a situation worse by adding our own ugliness because we’ve assumed the worst? Give people the benefit of the doubt. We NEVER know what a person may be going through. Sometimes the people hurting most are those who look put together and happy.

Think of others as better than ourselves.

Many of the commenters went to the guy’s rescue and thought of him and his potential plight. I love the heart of this. It is such a great habit to be in. It’s biblical! When we are more concerned with the people around us than our own predicament we can truly make a difference. We should be easy on them and hard on ourselves. We are responsible for our own actions and can’t control anyone elses.

Pray with and seek to help the individual.

Some wrote in the comments that the proper response was to ask to pray with him and try to help him. In many situations, this is great advice. It’s moving past just thinking of them and moving to doing something about it. What a great response to people around us that are hurting.

My take on the pool guy’s comments is that they were a reaction. In this situation, since he had been so happy and friendly up to that moment, I read his words more as him holding up a stop sign to my words, more than him in any way being vulnerable and actually being concerned with his own problems. I wonder if maybe he thought I was going to use the death of my dog to try to work out a better price and maybe that was his motivation. That’s my best guess though, of course I can’t be sure.

Still, my response was to respect his wishes and just move on in the conversation. I don’t think prayer or prying into his life would have been appropriate when he was telling me to be quiet. Being kind in return and respecting his wishes was what I found to be the most appropriate in this situation.

Should you react instead of respond and become the one being rude, then apologize. Seriously, an apology goes a LONG way. This is exactly what happened to me on another occasion. I wrote about it here: It Pays to be Kind. And on the other side when people have been rude to me, but then came back and apologized, I have much, much more respect for them. I mean we all fail right? But when we do we should seek to make it right.

I really enjoyed pondering the situation and thinking about all sides of it. There are so many great tips about responding to rudeness.

I do hope we are not hit with anything else this week and for me it looks like another high on the horizon. I’ll be heading to North Carolina to explore some beautiful cities and meet with some travel destinations and hang out with travel writers. I’m super excited. Grab on y’all life is a roller coaster!