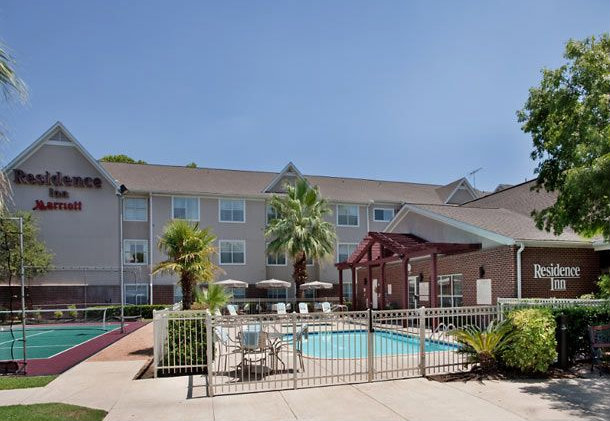 Our stay at Residence Inn Downtown San Antonio was quite possibly our best hotel stay ever.  My husband’s employer had booked a hotel for us at Fairfield Inn & Suites, but when we arrived they said the hotel was full so they moved us to the Residence Inn that was right beside the Fairfield.  It was an upgrade they said.

When we checked in there was fresh baked chocolate chip cookies, need I say more?  But that wasn’t all there was actually a complete Italian dinner including drinks and cookies that was included with our stay.  We had just eaten supper at the Rainforest Cafe so we weren’t hungry even though the food looked really good, but we did take advantage of the chocolate chip cookies.  Later we found out the dinner was the Complimentary Evening Social.  Check the website to see what night it is available!

Then we headed to our room.  It was a beautiful two room suite complete with full kitchen.  We arrived fairly early and I knew the kids would not be going to sleep anytime soon.  Residence Inn offers order in movies on the TV so we decided to splurge. 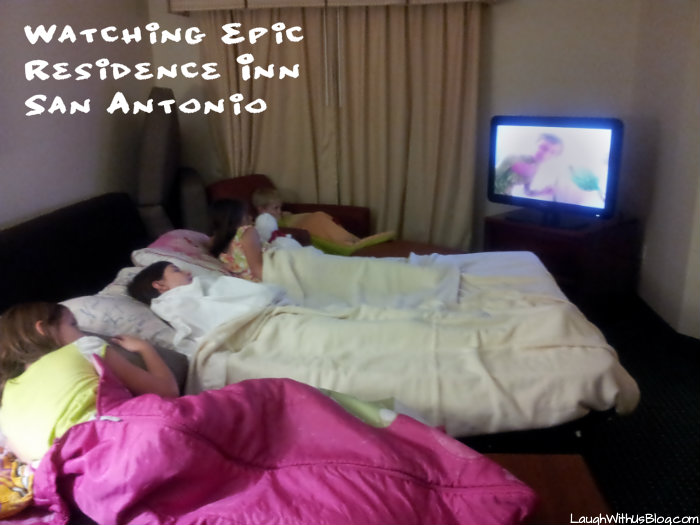 We got the kids all ready for bed and then bought Epic for them to watch.  They were SO excited.  Then Jason and I closed the door and ordered a movie for  us to watch in the other room.  It felt like we were really living it up I tell ya!  When the movie was over the children went right to sleep.

The next morning we were again amazed at the huge breakfast.  Jason had left early to go back to the job site so when the kids woke up, I took them to breakfast by myself.  There were eggs, sausage, corned beef hash, and the best Texas shaped Belgian waffles I have ever had among many other things.  There were so many extras.  For example many hotels might offer Belgian waffles but here they had toppings like chocolate chips, nuts, and blueberries just to name a few.

A man who I assumed must be a manager walked around and asked how everyone was.  I told him we were there on business and my husband was at a job site for the day.  When we asked when check out was he replied, “Oh stay as long as you need to!”  Everything about the hotel was top notch! 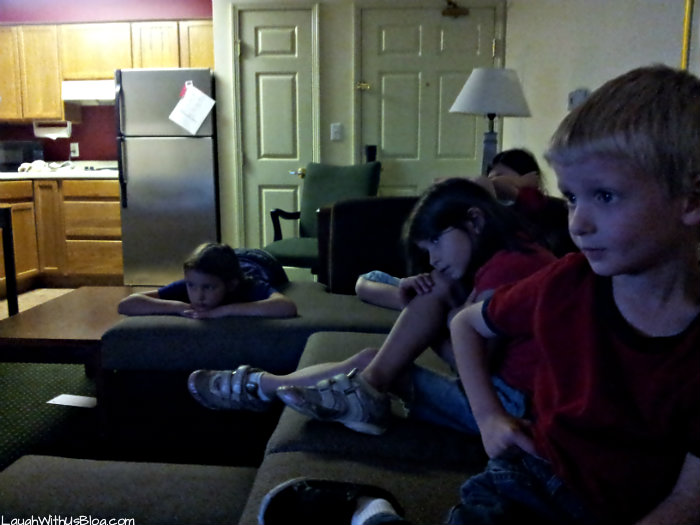 We did stay for the rest of the morning.  The kids enjoyed watching cartoons on TV and I dozed in a chair!

Then I loaded everything up and drove back to the Children’s Museum.  When  Jason completed his job we made the trip back home.  It was such an nice little getaway.  I was so happy we were able to do it.

When Jason received his statement from the hotel he realized they didn’t charge us for the night’s stay, for the inconvenience of having had us move.  Wow!  I was so impressed with everything about this hotel that I HAD to tell you about them!