After filling up with ice cream at the Blue Bunny Ice Cream Parlor, we drove through Sioux City, IA.  We managed to get lost several times in the short about of time that we spent there, but we did manage to shock Jason’s boss from his first job out of the university when Jason ran in to say hello. 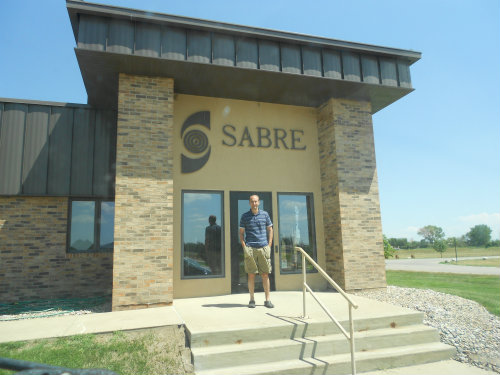 Then we drove over to the first home we purchased as a married couple.  I’m sure we looked like criminals as we drove around the house several times going very slow and with our heads hanging out the windows.  It was the first time Faith had seen the house since she was a baby.  The kids thought it was neat that we had lived there.  The area brought back so many memories! 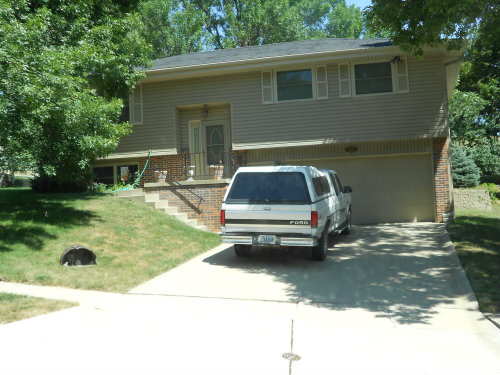 From Sioux City we had made the couple hour drive to Jason’s dad’s house many times.  I thought Jason knew where he was going, but I put the  location into my GPS anyway.  It was a very long time before we figured out it didn’t take us the route we had always taken, but since we thought we knew where we were going we ignored the GPS that kept saying,”Make a U-turn.  Make a U-Turn,” until I turned it off.  So imagine our surprise when we finally realized things were very unfamiliar and I took out the old atlas and found that we had, ahem, gone over ten miles in the opposite direction.  As usual I thought it was very funny that we had totally ignored our “smart phone.”  My husband?  He wasn’t laughing, at least not right then anyway.

So we took the long route back to my father-in-law’s house.  That just happened to be our fifteenth anniversary.  So when we got there, I fed the baby and then Jason and I left them and, exhausted as we were, went out to celebrate our anniversary. 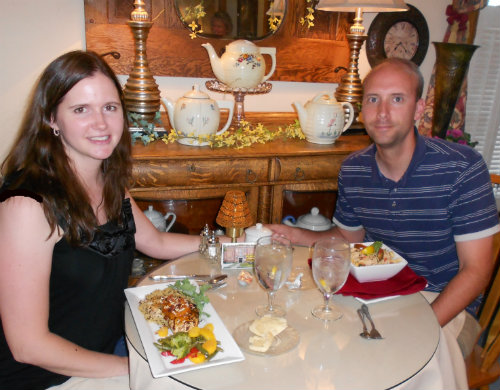 It was a quaint little place called Traditions  in Columbus, Nebraska.  The food was wonderful and the company couldn’t have been better.