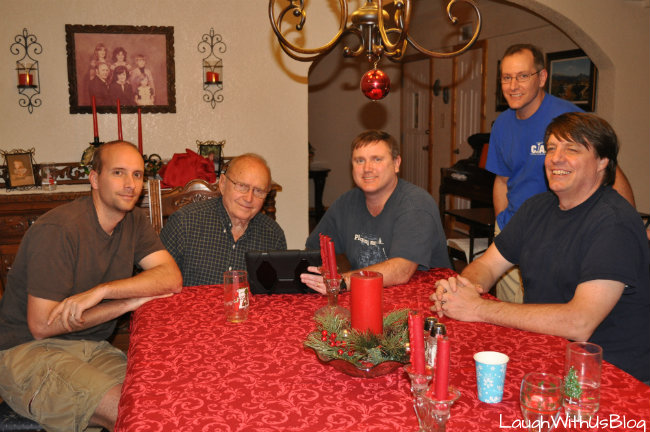 We had such a great time over Christmas at my parents even though my boys were sick.  We spent lots of time just hanging out and visiting. 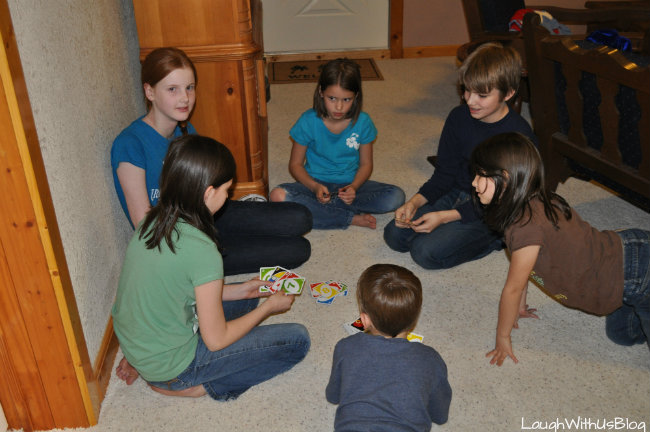 It was fun to see the kids now forming circles of games too.  Holidays were always full of game play and it is a tradition I want to pass down to my kids!  We learned a new card game called Idiot, but affectionately renamed “Dumb Bunny” that we’ve played with the kids almost every day since we’ve gotten home. 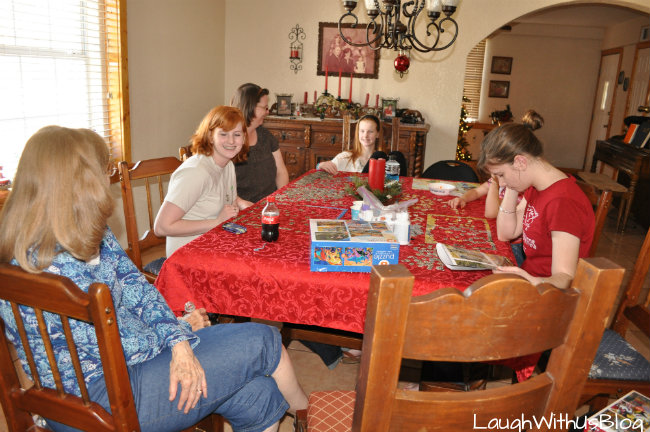 We were quite ambitious in trying to put together two puzzles one of 1000 pieces and the other 500.  After one whole day we realized that the 1000 piece puzzle was not going to come together in time, but my niece was determined to finish the other one.  The morning we were all to depart I came downstairs to this: 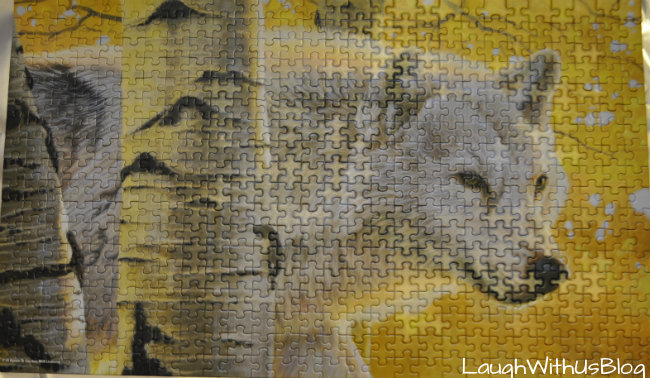 A couple of the girls had stayed up and finished it!  After admiring it and being amazed that none of the pieces had been lost with all the kids running around and everything I went to get my coffee and eat breakfast.  A little while later I walked by the puzzle and there was a piece missing in the middle of the puzzle.  Had I just imagined that it had been complete?  A mad search and interrogation of all the kids ensued.  The family was in a tizz.  Yes we all confirmed it had been complete first thing in the morning.  None of the kids confessed to having messed with it either.  I felt so bad for my nieces who had worked so hard the night before to have to wake up to a piece missing.  That’s when it occurred to me that this was something my husband would do.  “Jason, YOU took it didn’t you?” I accused him even before looking to see if I could see the guilt on his face.  Sure enough there he was having a grand ol’ time!