We have been iced in our  home since Friday morning.  I’m not gonna lie.  I’m LOVING it.  I see Facebook posts of feeling stir crazy, not me.  It feels like we’ve had a much needed staycation. 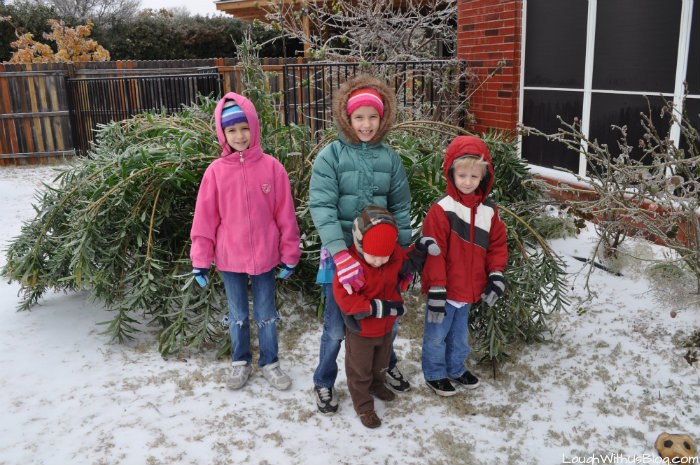 The kids woke up and could not stand it until they got outside.  I was so surprised that it was 21 degrees!  Can this be my Texas?  They were expecting snow, but weren’t too sure what to think when they realized it was mostly just ice.  Faith hadn’t quite gotten up and ready in time to join the rest of them, though she did come out later. 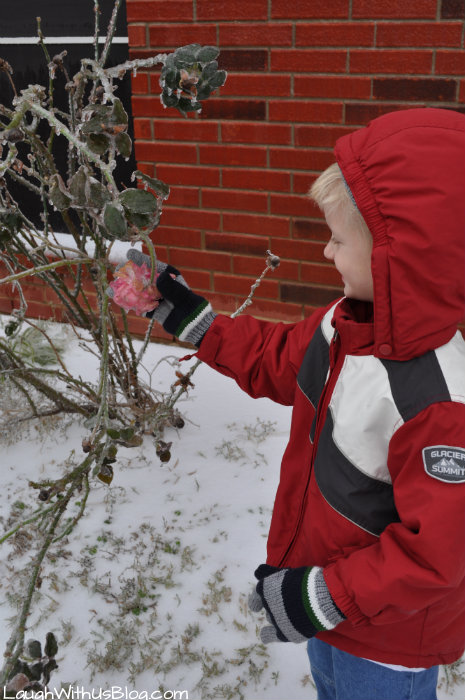 Look at my rose bush!  It was something like 80 degrees the day before and there is my rose completely frozen! 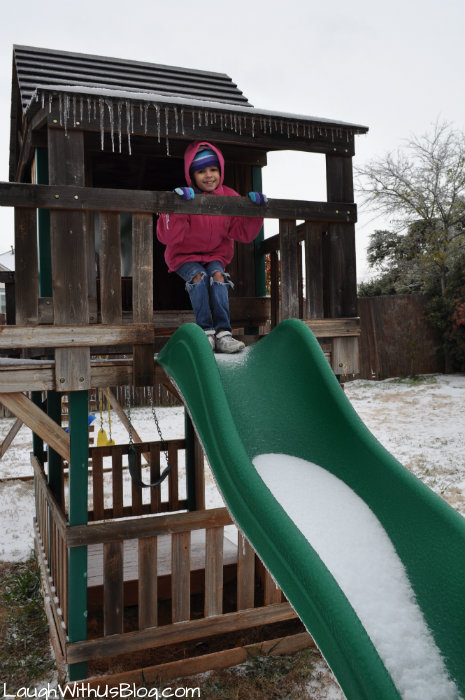 Why, yes, they did actually slide on ice–once! 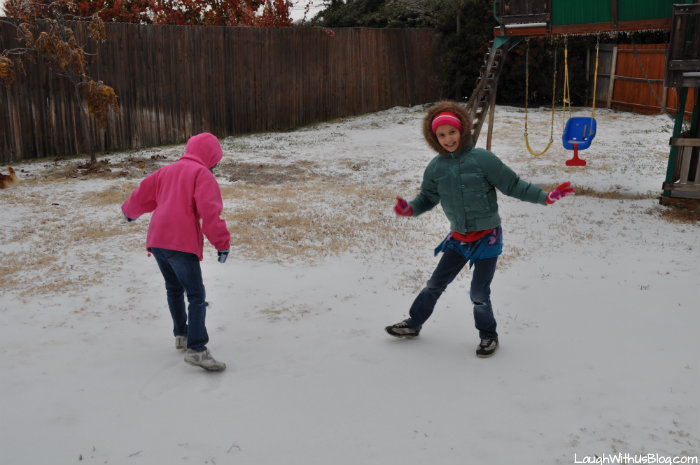 The skating was ever so much more fun.  They actually spent  hours “skating.” 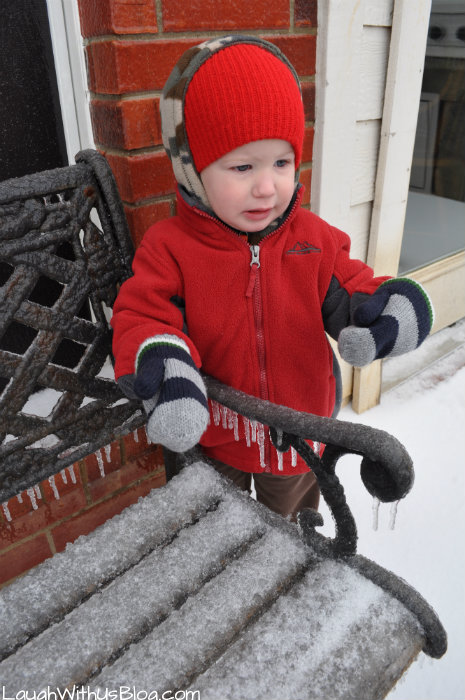 Bobby wasn’t exactly thrilled about the white stuff that took over his playland.  About this time he started crying, and I took him inside.  It was about the same time that Faith appeared on the scene.  I’m sad I didn’t get any photos of her playing out there too.

It was been a wonderful time of family.  I am  just so thankful for it.  We played lots of games of UNO including my husband’s new version of “Fast UNO” that he insists should be a blog post.  We watched some movies and though I wasn’t much in the mood so do a lot of baking, I had fun cooking just simple foods we love to eat like tacos and tostadas.  I hope that wherever you are you were able to enjoy your weekend too!  Are you staying warm?