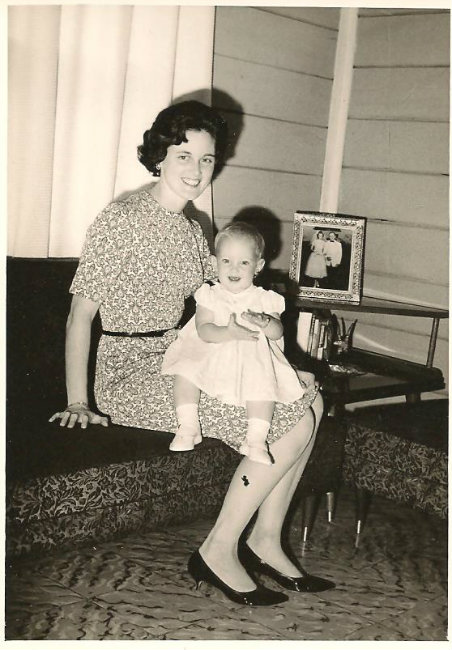 My parents shared their journey of getting to the mission field recently.  If you’ve missed their tale it begins at Missionary Travel Stories.  Today Mom is continuing the story of their Life in Costa Rica.

We arrived in San Jose, Costa Rica from Managua, Nicaragua, in the early evening.  We had already rented a house in Tres Rios, a few minutes’ drive from San Jose, where Hal would be attending the Spanish Language Institute.

We barely had time to do some of the things necessary for moving into a new house and to unpack a few belongings because we were only there five days before Sara was born.  We were in the hospital only five hours before she made her appearance, in spite of the fact that she was born breach—bottom first.  The custom there at that time was to stay in the hospital five days after giving birth.  I certainly didn’t need to be there that long, but after the trip and all the events leading up to that point, I was very glad for the rest and for the nurses’ help with the new baby.

The nurses were very kind and gave me all kinds of instructions about baby care.  That would have been fine except that some of the “wisdom” of those days wasn’t especially wise.  The belief was that EVERYTHING that ever went into the baby’s mouth should be STERILIZED.  I got zero encouragement to breast feed.  It was considered old fashioned and only for very poor people or country women who didn’t know better.  It seems that a whole generation believed that cow milk was better than the milk the Lord provided especially for the baby!  I suppose, for one thing, it was because cows’ milk could be sterilized.  They sent me home with cans of formula.

Since I insisted on breast feeding, I was to sterilize with alcohol every time the baby nursed.  She cried to nurse every two or three hours day and night.  Since I was so miserable, she probably never got enough to be completely satisfied before she fell asleep.  This misery was brought to an abrupt halt when Sara was only three weeks old because Hal got sick and had to be hospitalized.

I needed to be with my husband in the hospital.  Imagine not understanding anything anybody says, and therefore not knowing what they are doing to you or why.  Fortunately the doctor, who was the same one who delivered Sara, did speak English.  A missionary nurse volunteered to take care of Sara.  I felt torn, but I decided Sara was still too young to miss her mother as much as I missed her, and Hal needed me.  I accepted the pills the doctor wanted to give me to dry up my milk, and went to stay with Hal.  After a lot of tests, the doctor decided to remove his appendix.