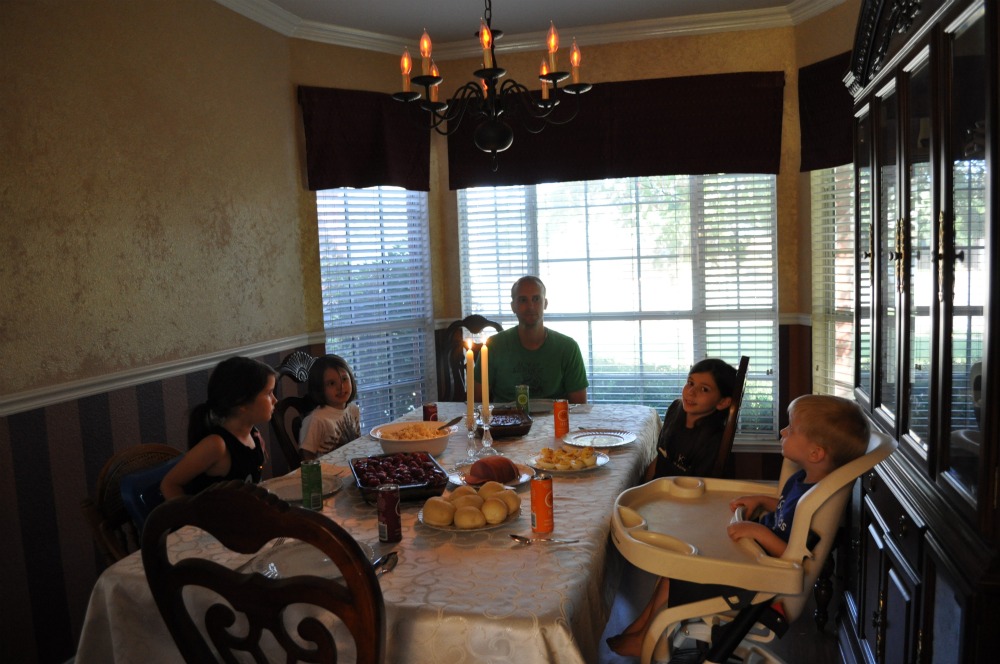 Last week I finally got around to making our traditional Easter meal.  Since so many of us were sick Easter weekend, it didn’t get done.  The kids were so upset, I promised that I’d make it on another night.  They have been reminding me often!

This year we ate by candlelight.  We found these neat candle lights left by the previous owner and put them in the light above the table.  The look really neat, only they don’t give any light to speak of.  With the blinds open and the extra candles it was enough to see our food.  I thought they were kind of fun, but they are going to have to go.  I need to be able to see in there!  Little Jason will be so disappointed, which is probably why they have lasted this long.  He goes in there several times a day to turn them on.  “I like your candles Mommy!”

Now if I can get around to a Mexican Fiesta that I missed on Cinco de Mayo I’ll be caught up.  Thanksgiving and Christmas dinners this year, I make no promises!  I’m warning them early.  They think Dad can handle making those dinners on his own.  *snicker

I’m linked to Tuesdays at the Table.