Jason had to go to a site visit in Odessa, Texas yesterday.  He tried to get a flight Monday, but they were all sold out.  Round trip it would be ten hours.  That sounded like a lot for my husband to do in one day by himself as I know he has trouble staying awake when he’s driving.  So…we all went with him.  I had a few hours to pack.  It was an adventure.  We left Monday evening when he got home from work and arrived in Odessa at one o’clock in the morning!

Wow the hotel industry is booming in Odessa.  Evidently they have had 50,000 oil workers come to town.  For a cruddy little motel we paid…$200!!!  Thankfully Jason’s work covered it!

Tuesday morning Jason went to the job site and I took the kids to eat the complimentary breakfast and then to swim at the pool.  There was no one there but us!  The kids enjoyed playing in the water, except for Bobby who cried most of the morning. 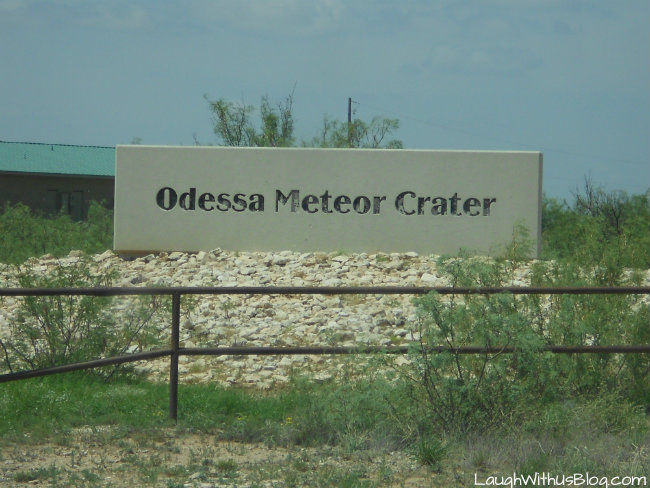 When Jason got back from the site visit we checked out of our motel and headed to see the meteor crater that boasts being the second largest. 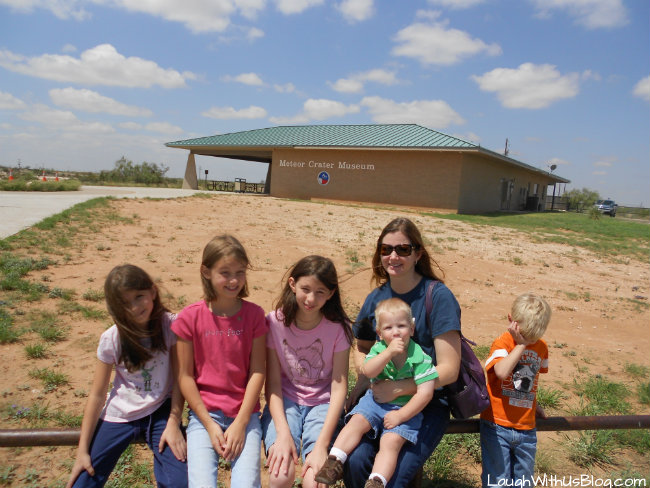 “Hurry up and take the photo so we can go see the hole in the ground.” 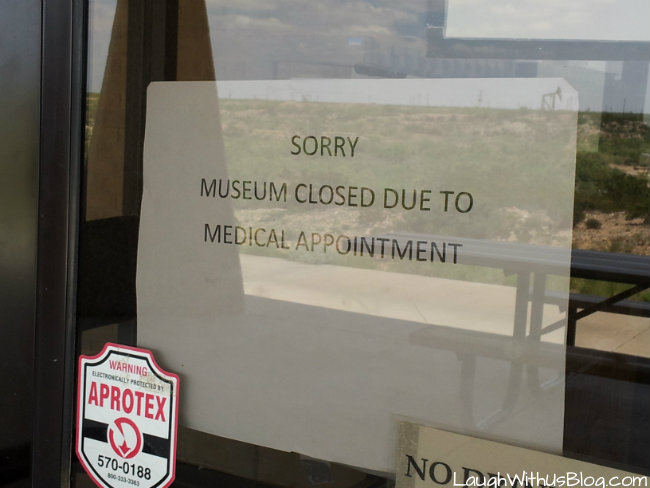 Sadly when we walked up to the museum we saw this sign so we didn’t get to see it. 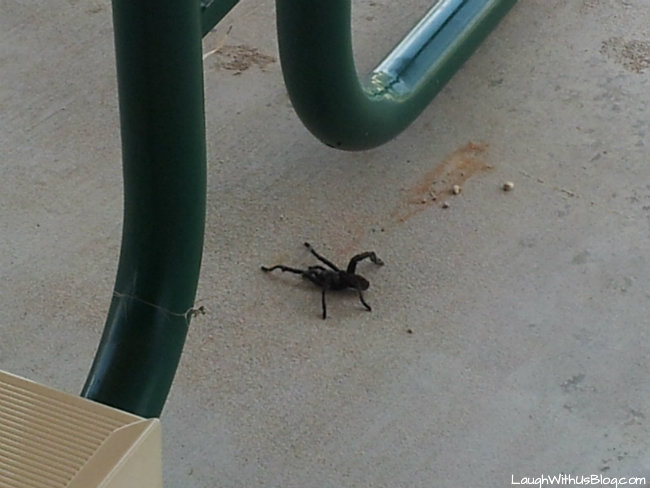 Right outside the museum entrance we saw this!  I don’t know if it was a tarantula or some other kind of spider, but that thing was huge.  We’re talking baseball size spider! 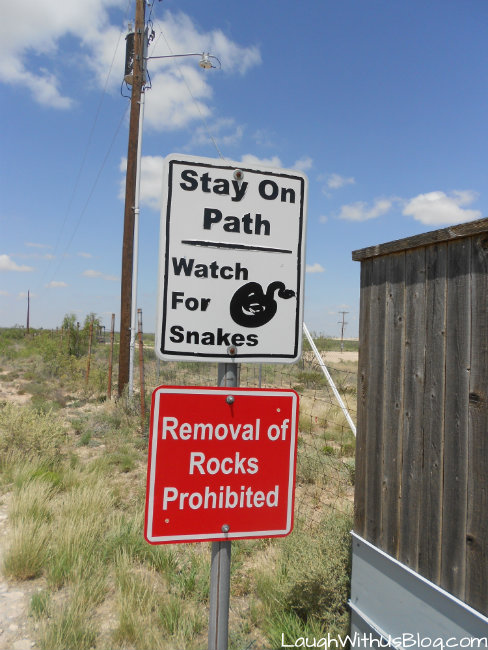 Then we saw this as we set out on the trail.  No wonder the museum was closed.  This job must be hazardous!  I’ll bet the guy needed a medical appointment.  The sign didn’t deter us, however, the kids were sad they didn’t see any snakes. 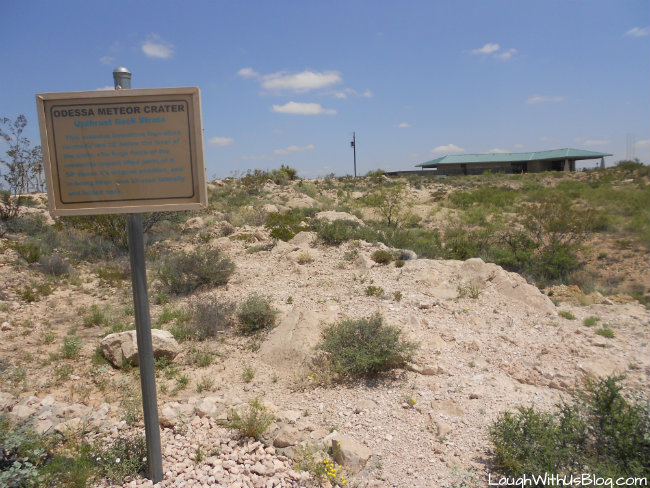 Basically the crater looked much like the rest of Odessa that we saw only…a little lower!  🙂  It was interesting to see.  We read all the signs and learned about the crater.  My husband thought the hole wasn’t that impressive, but still enjoyed seeing it. 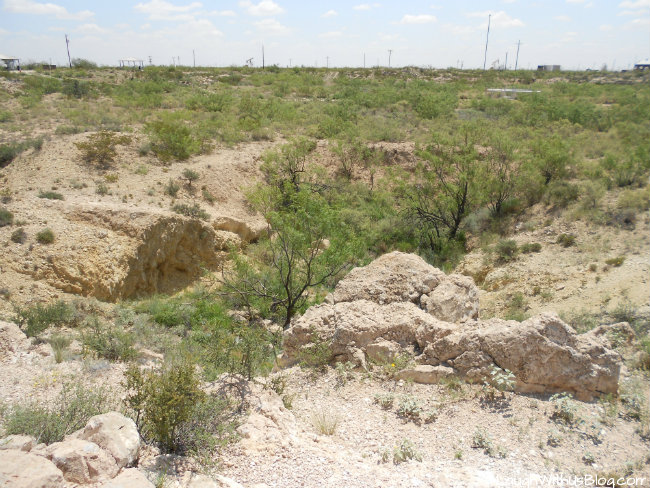 All in all we were glad we had the opportunity to stop by and walk the trail, but I’d say…don’t make a special trip to Odessa to see it.  However if you happen to be driving by, plan a hotel somewhere else, but do stop by to see the meteor crater.  Maybe you’ll be lucky to see the museum!