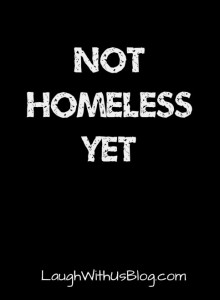 It all started back when I went down to South Texas to try to be of some help to my family who was all of a sudden hit hard with…all kinds of things.  And as I told you some things did not go well for my husband while I was gone.  He had uh, some trouble with my van.  As it stood at the end of that post we had taken it in, paid the money, and thought it was fixed.  Not so.

Thankfully, my niece who took care of my children when we were in Alaska didn’t have too many places she needed to go, because when after we came home, and I began to drive the van again the check engine light came on.  I had a hard time starting it, and I thought maybe something was leaking, so I drove it straight to the car repair place.  I paid $500 was told it was fixed, but that they couldn’t get the check engine light off.  That would cost an additional $1000, but we were assured the van would drive just fine without it.  Nope.

I continued to drive it for about two weeks.  Each morning it was more and more difficult to start the van, except when my husband drove it.  Then it worked just fine.  What’s the deal with that?  Until, that is, a Sunday morning when we all loaded up for church; it wouldn’t start at all.  We were worried that we’d have to pay to have it towed, so we were thrilled when later that day we got it to start and drove it straight to the repair shop.

The computer was completely fried they told us.  So instead of keeping the van overnight, they kept it for four!  I hadn’t expected to be without transportation that long!  My main concern is getting the kids to their homeschool communities two days a week, but that wouldn’t be a problem since it’s not that far and we can walk.  I was actually feeling kind of proud that they would have that whole “walk to school” experience.

Thursday came around and by then we were running dangerously low on staples like bread and milk.  I figured I’d just walk to the CVS after I took the kids to school to get a few things.  So after dropping off the kids I pushed the empty stroller toward home.  I thought nothing of it until I pushed it into the CVS.  Instantly I knew I was getting strange looks.  “Where’s the baby?” someone asked.  Ohhh!  I guess it did look a little funny to be pushing an empty stroller.  I walked around the store and filled my stroller with groceries and a present for Little Jason whose birthday was Friday.  Then I went to check out.  Wow, now I was really getting strange looks.  Another lady asked about the baby.  By then I was thinking it was pretty funny until she said something like, “Yeah, I was wondering.  Yesterday,  I saw a man pushing an empty stroller in Dallas under a bridge!”  Ha ha ha!

Later on that day I was thrilled to hear the van was ready.  When I went to pay they asked me, “Was the ‘ABS’ light on when your dropped it off?”