There is so much to see at Petrified Forest National Park in Arizona! After ooing and ahing over the Painted Desert we drove on down and found Newspaper Rock. I found it fascinating!

When we pulled over to this lookout point I found myself looking at some huge boulders. Why was I looking at these rocks and why was this called “Newspaper Rock?” 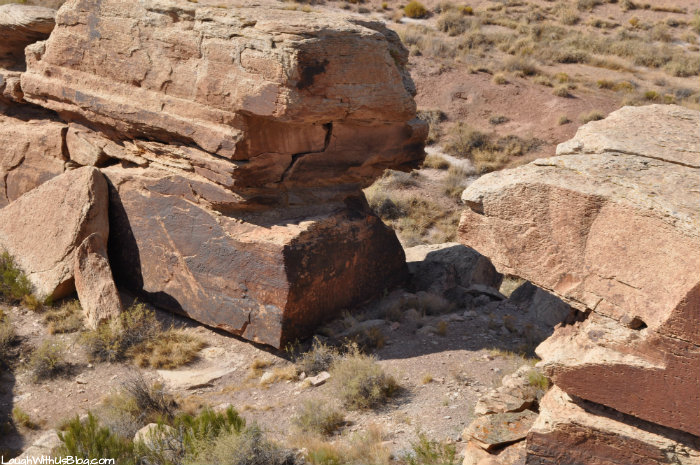 I rarely use my zoom lens. I really want to show people what I actually see, not what is visible through a magnified lens. This probably sounds strange I know! 🙂 But for this I pulled out my zoom. These boulders were actually pretty far from the Point. The view finder on site helped me located the area of the most concentrated amount of markings so that I could zoom in and see them. 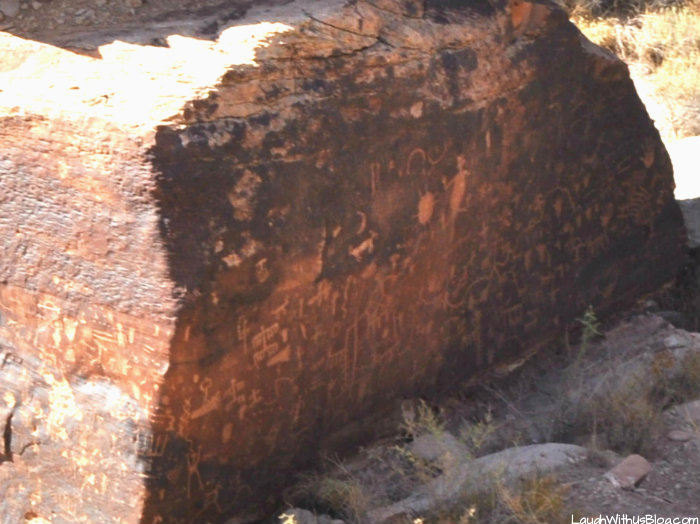 And look what I found! Even though I wasn’t standing this close to the boulder looking at the petroglyphs, I found it fascinating that this was still there out in the open probably just the way it was left hundreds of years ago. 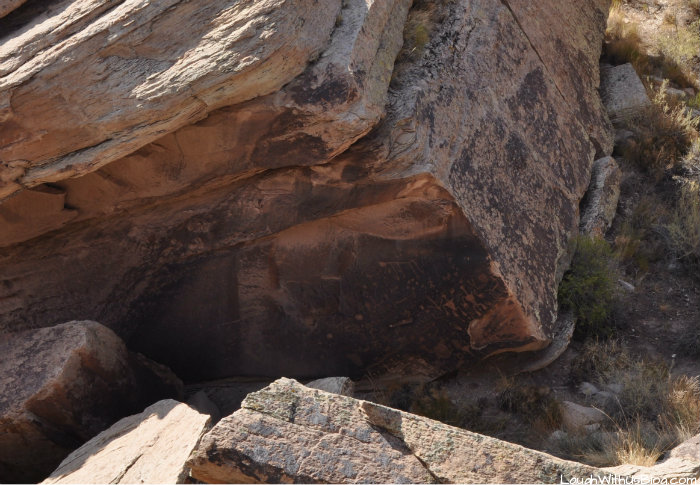 The markings are shapes and pictures rather than a language. Puerco Pueblo is a town that was located just about a mile from this location. Ruins from the town are visible at a stop in Petrified Forest National Park. It is thought the Puebloan people living there probably created these glyphs.

I find myself looking at the markings on Newspaper Rock and thinking about the people that created them. There are shapes of people, animals, hand and animal prints.  What would it have been like to live in this beautiful country so, so long ago? What was a typical day? What hardships did the people face? 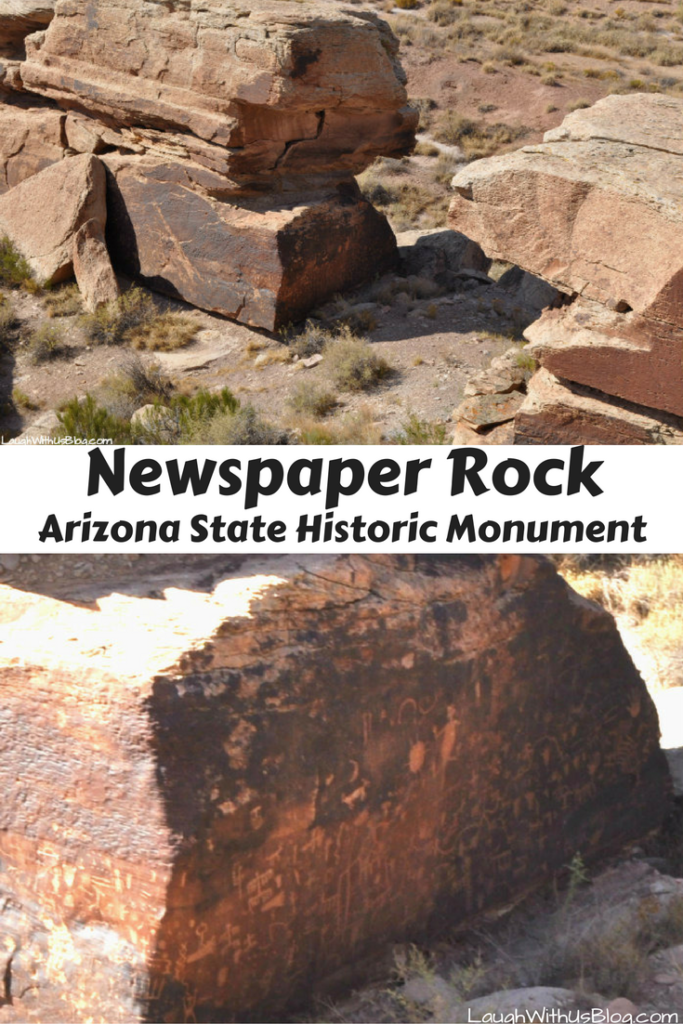 There’s just something about traveling and seeing things that makes me want to dig deeper and find out more.