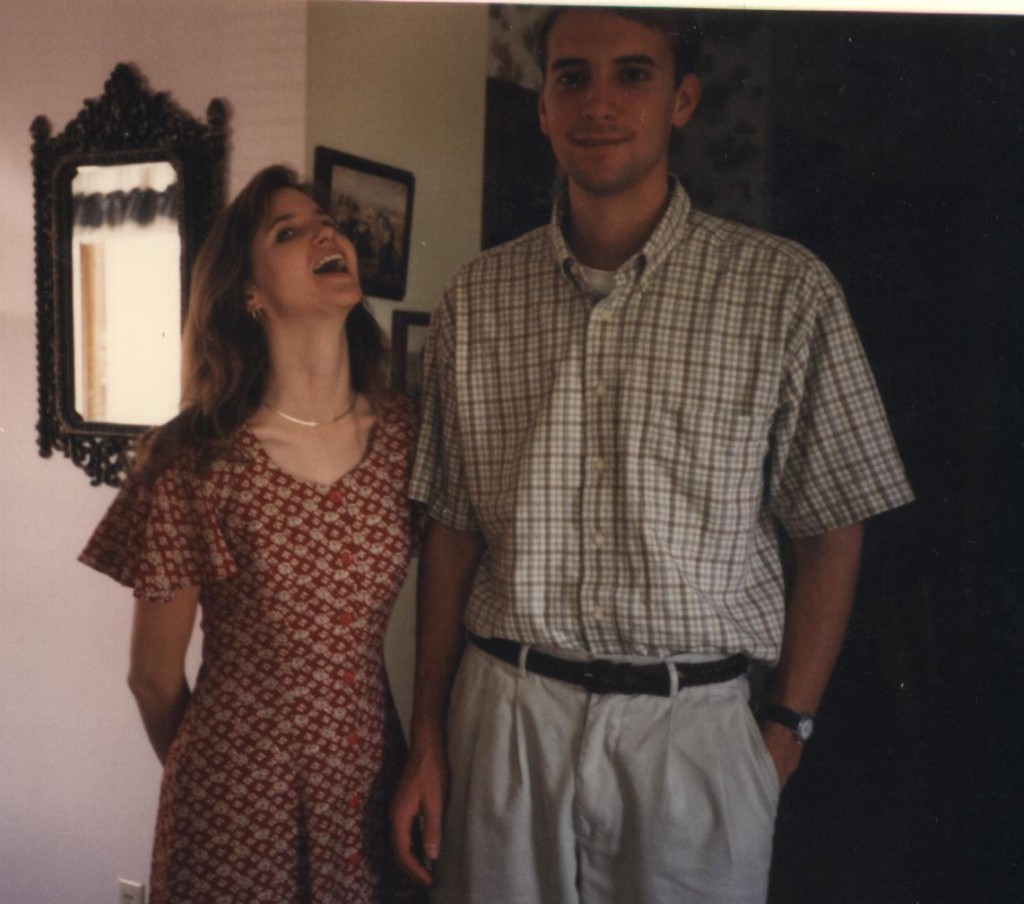 When we were first married, I set out to be the perfect wife.  Only my new husband’s definition of the perfect wife and mine were immensely different.  So for several months, okay years, I labored on my own mission and he set out to tell me how he wanted me to be.  Fun, fun, fun!

One example was with the cooking.  I would come home from work and get busy preparing a home-cooked meal.  Grandly setting it on the table I would hold my breath in anticipation of his rave reviews–that never came.  “This isn’t how my grandma makes it.”

Dejected but determined, I would do the same thing the next day.  “I like my dad’s recipe better.”

And the next day, “How much butter does this have in it?”

I made lasagna.  It was too dry.

One day I made a meal of fried Spam that my mom had made often.  “This looks like cat food,” he said.  “Please don’t ever make it again.”

You get the idea.  He didn’t mean to complain.  He was just trying to help me.

Frustration was building as I plugged away trying to finally make a meal that he would love.  I decided to make tacos.  Let me insert here that I am a missionary’s kid raised in Mexico.  If there was anything I knew I could make, it was tacos.  This time I knew it would be a hit!  I set everything on the table and just waited for the compliments.  He looked around the table, eyebrows furrowed and asked, “Where are the shells?”

Realizing what he must mean, I handed him a nice hot tortilla that I had wrapped in towels to keep warm.  He made his taco with the meat that I seasoned myself, took a bite and declared, “The meat is not supposed to be crunchy!”

All the pent up frustration and disappointment from not being able to please him came spewing out then.  I stood up, threw my napkin on the table and shouted, “I know how to make tacos!  I grew up in Mexico for crying out loud.  If you want shells go to the ocean.  That’s where they belong!”  I stomped out of the room, threw myself on my bed and had my very own pity party!

Poor Jason was totally blindsided.  He was completely unaware of my utter disappointment at his reactions to my meals.  This was definitely a turning point for us.  Although he really isn’t one to rave, he did quit comparing my cooking to his family’s–a huge victory all by itself!

To read more about my cooking troubles click here:  Meals that Flopped.