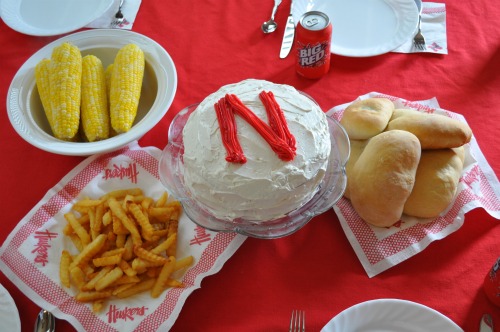 Our menu this year is very similar to last year’s.

I thought about making something different, but in the end this meal just cries, “Nebraska!”

French Fries (I actually fried them this year!)

Corn on the Cob 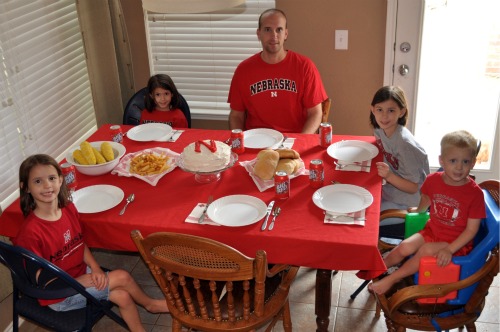 On the day of the first televised game we don our Nebraska shirts and celebrate not only football, but my husband’s Nebraska roots.   My husband and I also met in Lincoln, Nebraska so I have many fond memories as well.

This year however, I was deceived into thinking that since the Washington/Nebraska game was on ABC we would get it in Texas.  Sadly, we were forced to watch the game online with a very bad connection.  Some how it knew every time we would score a touchdown because the screen would freeze.  We literally caught one touchdown the whole game!  Ah well, such is life!  All is well when Nebraska wins the game!