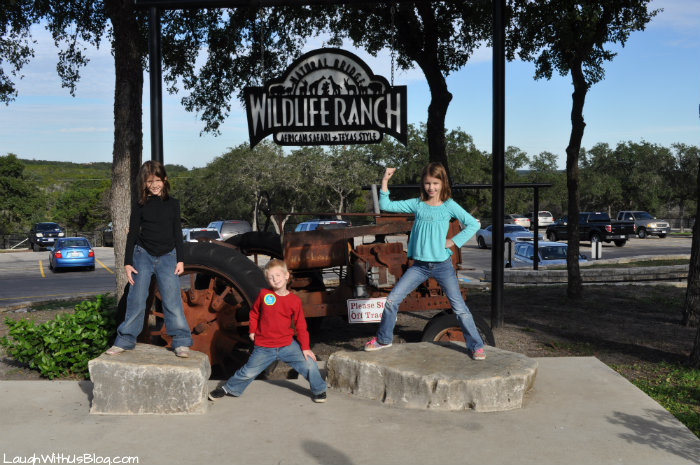 After we spent the morning at Natural Bridge Caverns and then recuperated after “the incident,” we headed back to take a tour of Natural Bridge Wildlife Ranch.  I didn’t remember that we had ever been to a drive through safari before, but my husband reminded me that we went to one years ago.  Then I did remember it.  We drove through and saw a few animals very far off and that was it.  This was very different. 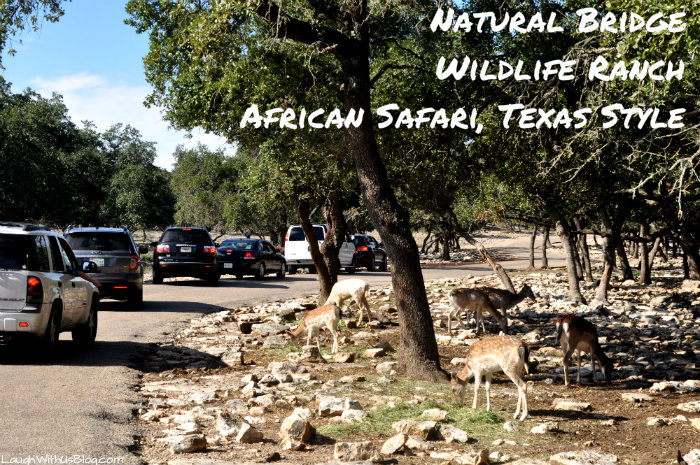 We saw lots of animals all along the road and very close up.  This is the kind of safari I had always wanted to go on. 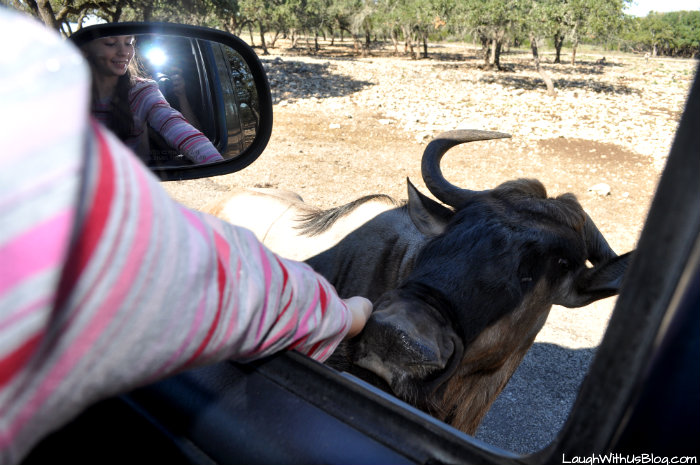 At the entrance we were instructed to feed the animals with the food they gave us by dropping it on the road.  However we saw lots of people ahead of us petting the animals and feeding them out of their hand.  Each of our children got to pet some of the animals as we drove through.  It’s not often one can get so close to these types of animals! 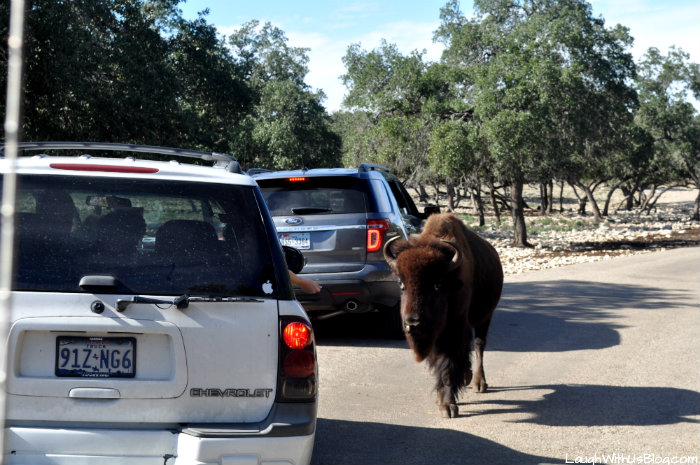 One of the highlights of our drive through was the buffalo.  The people in front of us fed him out of their hand.  That kind of freaked me out a little but… 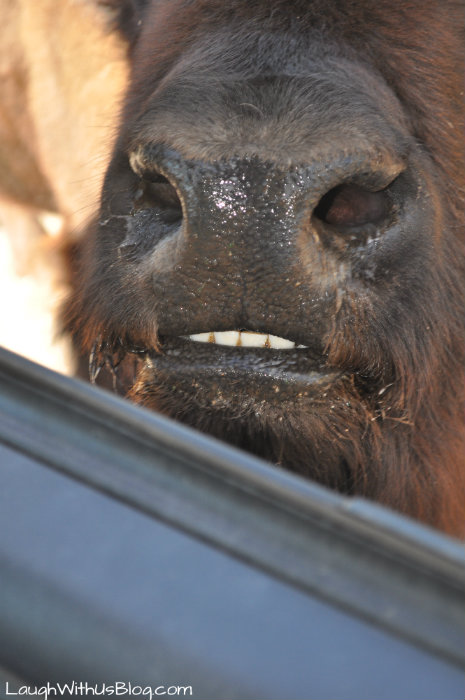 We got to see him close up too!  Joy was trying to feed it and rather than let it touch her hand she just chucked the food in it’s mouth!  Hence he kept sticking his head farther and farther into the window! It was a little too up close and personal for me with this huge animal, but Joy thought it was fun. 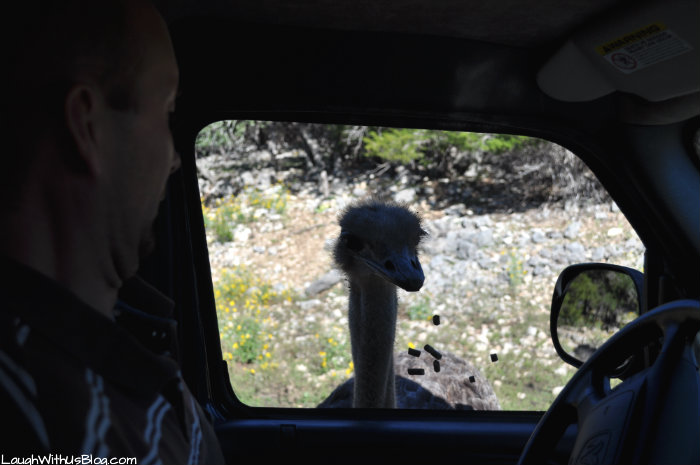 And then there was the comedian, the ostrich.  This was the best laugh all day.  If I’d have known what was going to happen I would have videoed it.  Jason put some food on the window ledge so the ostrich came up and ate it, but then he wanted more.  Jason put more up there, but the ostrich was taking it faster that he could put it down.  Jason didn’t exactly want the ostrich pecking at him so finally he just grabbed a handful of food and chucked it at him.  This evidently didn’t satisfy the ostrich as he stuck his whole head in the van, grabbed the entire bag of food, and stole it!  I was laughing to hard.  Jason was just happy to be rid of the thing.  I wasn’t the only one laughing; those in the car in front of us got a pretty good laugh over the whole thing too!

It took about an hour to an hour and a half to drive though.  Once you’re in the park you can drive through as many times as you want until closing.  We actually went through twice.  The second time we watched the ostrich do the exact same thing to another family, while we watched and laughed from afar! 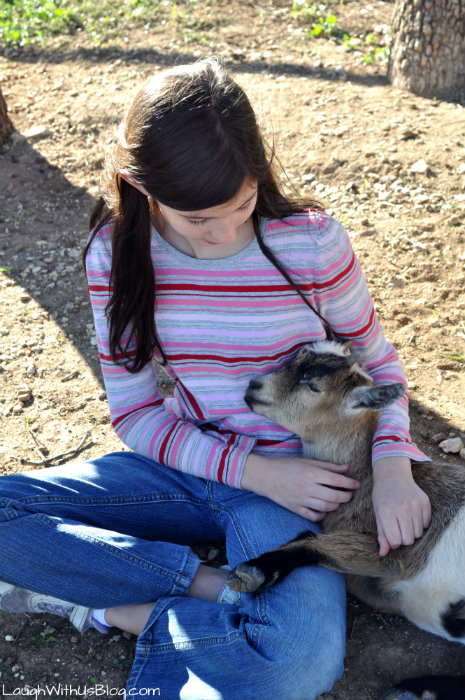 Our children absolutely loved the petting zoo.  Faith bonded with this little goat until it stood up and pooped on her ha ha!  But that’s what goats do!

We found a coupon for Natural Bridge Wildlife Ranch in the coupon book we received at the San Antonio visitor’s center.  It was a fun, full day.  The drive back out the the interstate was just as fun as we saw at least 30 wild deer alongside the road.  What a beautiful place!