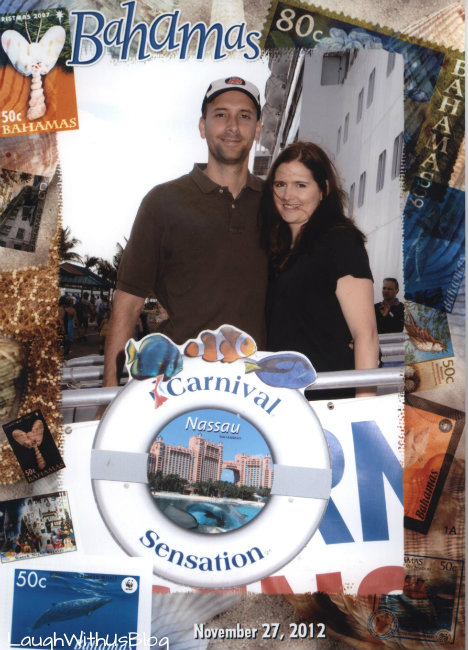 This is the one excursion we took.  We left the four older children at Camp Carnival and just took Bobby with us.  Before we cruised we didn’t know if we would feel comfortable leaving the kids, but once we saw how it was run and how much the kids loved it, we were totally fine leaving them. 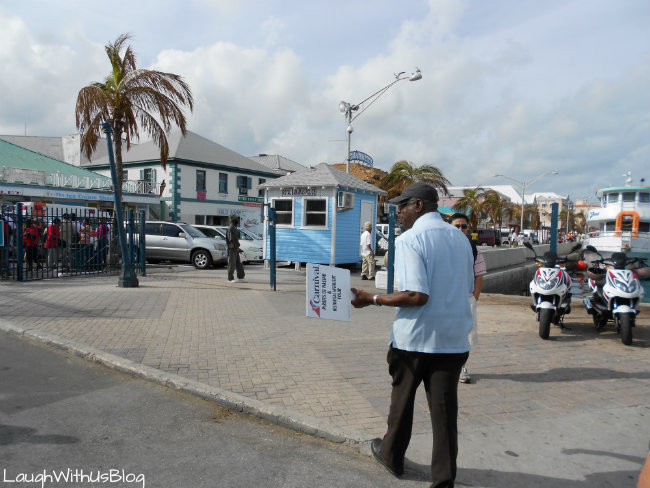 Once our entire group arrived this man took us to meet our taxi driver and tour guide.  It took a little while to walk there and get everyone situated.  Our tour guide was a real character and talked super fast.  He drove us around for about an hour visiting many historical sites including Parliament Square, the Governor’s Mansion, Gregory’s Arch and some residential areas while he informed us about the island’s history along the way.  We thoroughly enjoyed it, but were so thankful that we had decided to leave the kids behind.  They would not have appreciated the tour! 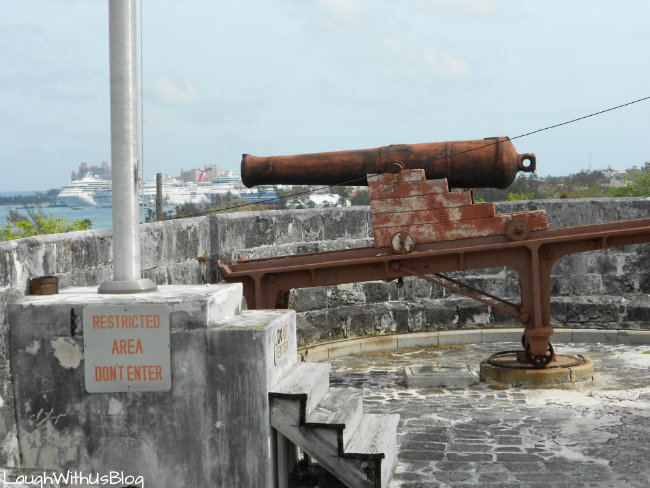 The excursion included a guided tour of Fort Charlotte. 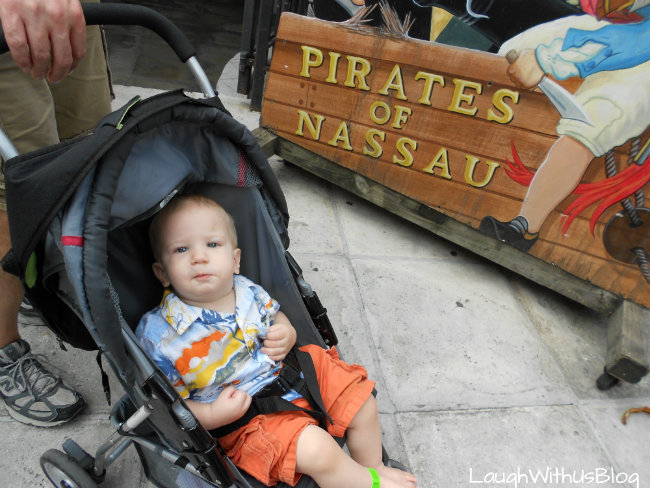 And ended with a self guided tour of The Pirates of Nassau.  The museum was only $5 extra per person with our historical tour.  This was the one thing that we thought our children would have enjoyed.  It is owned by an American woman who “has money” we were told!  That cracked me up. 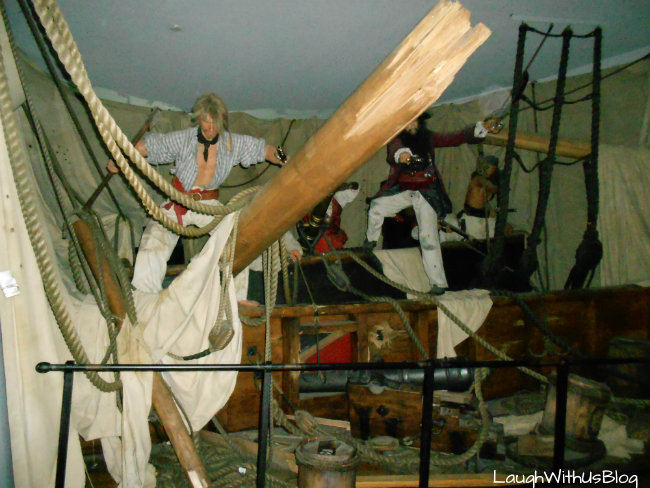 The museum takes you through the Golden Age of Piracy from 1690 to 1720 via well done scenes than include dramatized recordings.    This museum is just a short walk from the dock.  If we ever go again I think we’ll walk there and take the children. 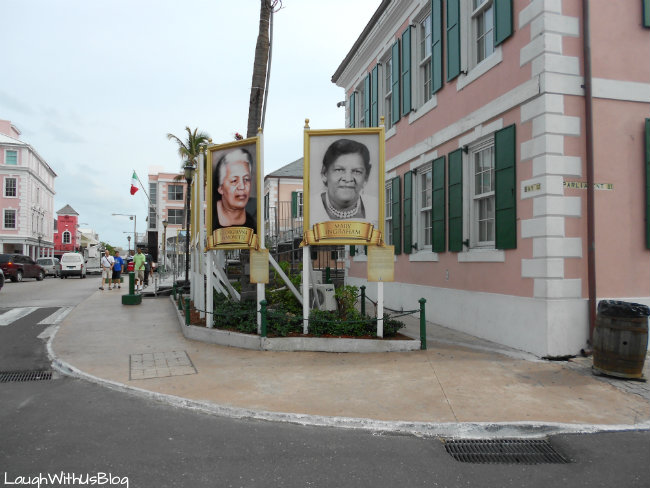 We enjoyed strolling through the streets on the way back to the ship.  I would have like to try some food from the area but with a huge buffet waiting for us on board…we didn’t. 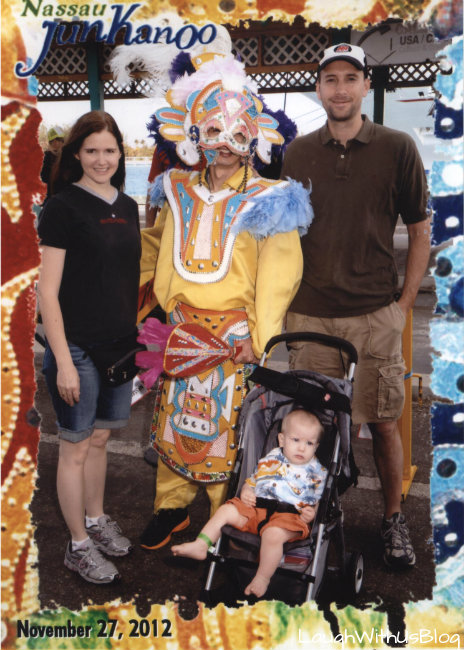 Our tour guide explained that Junkanoo is what brings the most tourists to the Bahamas.  It is a parade that lasts all night until about 10 the next morning the day after Christmas.  We did wonder why on earth they wanted to take our photo with this woman!  Ha ha! 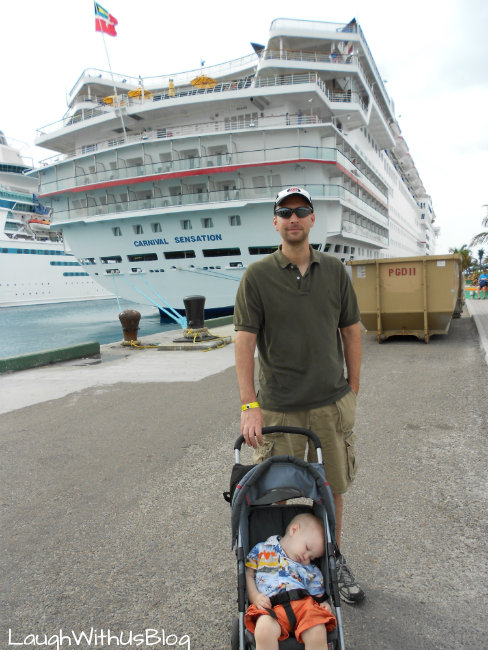 Our walk exhausted our little guy.  When we felt like we had seen enough we walked back and boarded the ship in time for the lunch buffet.  It was the only meal we didn’t share with all the kids, and they weren’t too happy about it.  Eating with the group they were not allowed a choice of food and neither were they allowed dessert!  So they were so happy that we let them eat with us every meal!

And then we got sea sick…