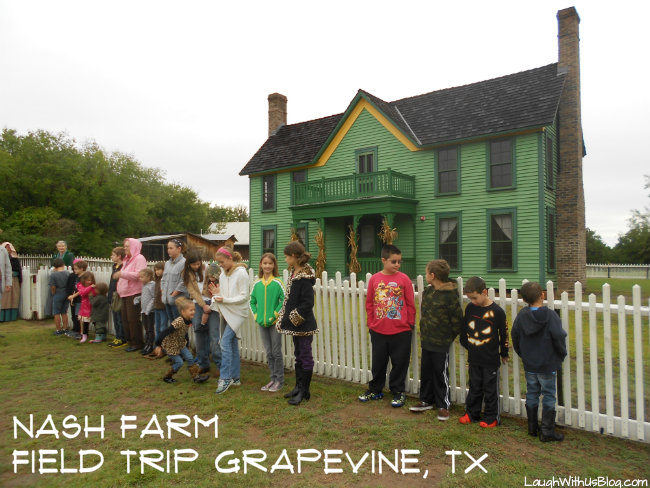 For the last eight years I have wanted to see Nash Farm!  My husband used to play softball in Grapevine and we would drive by Nash Farm each time.  So when our Classical Conversations Community organized a homeschool field trip, I jumped at the chance to take the kids.  See all those coats.  It was probably the first cold day in Texas and it was much colder than I expected!  Thankfully, my daughter asked me if we could get coats as we were pulling out of the driveway.  Brr! 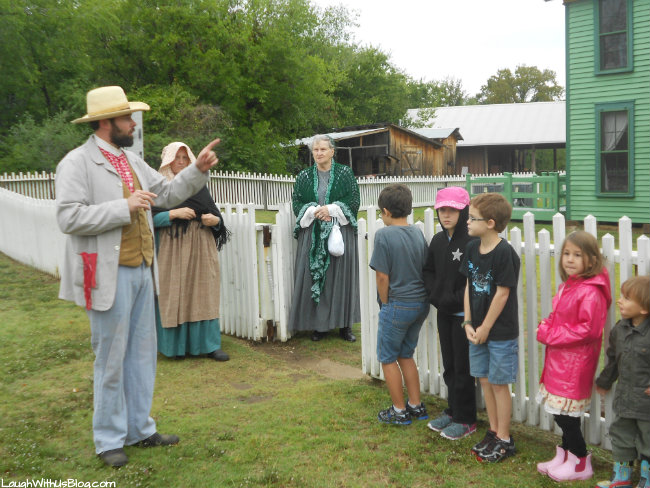 The tour is an hour and a half long and consists of two parts.  They split our group up with half touring the house and half taking the outside portion of the tour first. 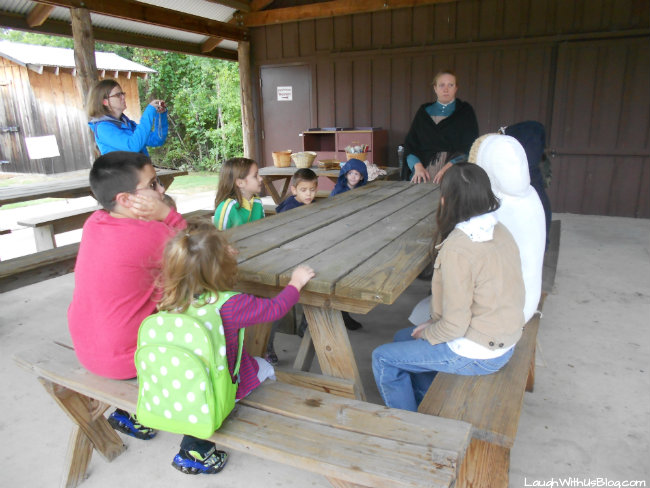 Seated around the table the kids listened to an explanation of how clothes were made in the eighteen hundreds.  The moms standing around found new things to be thankful for.  I can’t imagine it taking six months or more to make a shirt, but when you have to start by growing and picking your own cotton…  Wow! 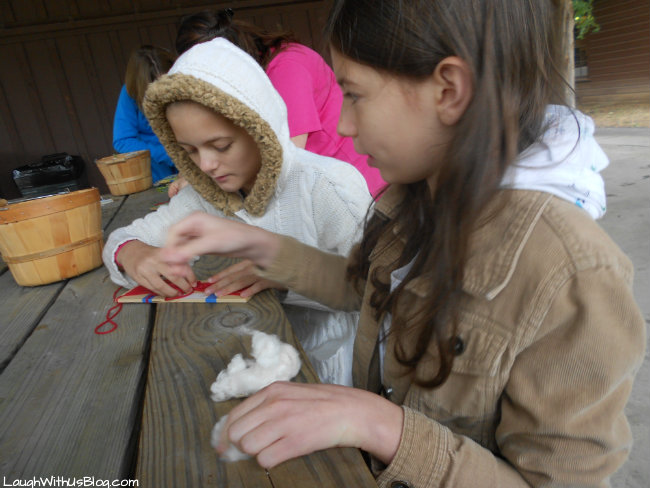 Normally, we were told, kids can go out into the garden and pick cotton.  That would have been neat!  But the ground was too wet so they provided baskets of cotton for the children to feel.  They were given the task of taking the seeds out of the cotton.  I was shocked at how hard that is!  I loved this part of the tour.  I always remember hearing stories of how my grandparents picked cotton. 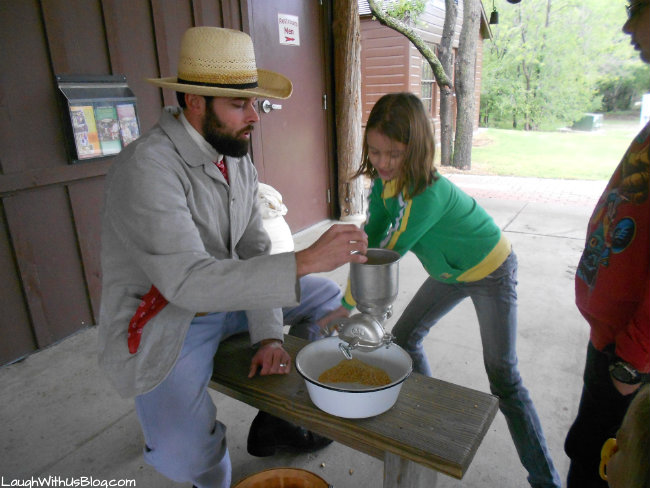 Next the learned about corn, how it was used to feed the animals as well as in cooking things like cornbread.  Each of the children got to try their hand at grinding corn.  They also learned how the corn was weighed and sold back then. 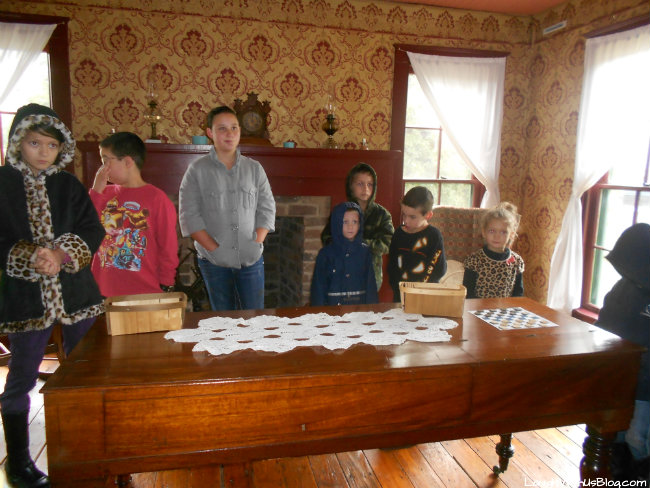 By the time it was our turn to tour the farm house we were so cold we were shivering!  But it was nice and warm in there.  We learned all about how the family would have lived. 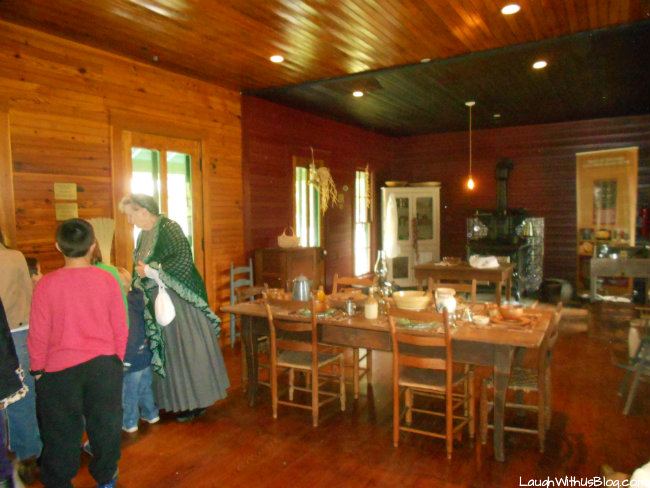 The house is really neat.  The stove in the back is actually a working stove that is used to cook and can for events and demonstrations.

My kids really enjoyed the tour.  Even my 5 year old who I was a little concerned would not sit or stand still for the duration seemed very interested throughout the presentation.  I found the staff to be a little on the stern side with the little ones.  We pondered later if maybe they were acting in character for in those times children were to be seen and not heard, but some of the tenderhearted kiddos seemed a little crushed at the stern reprimands.  So if you’re taking littles I would prepare them ahead of time to obey completely and to expect to be reprimanded if they don’t.

The tour was $3 per person.  For the price, we thought it was a fantastic learning experience!  Check out their website for events and tickets.