We began our day at the Safari Park, where my little Birthday Boy was for some odd reason very timid and wouldn’t ride anything!  For lunch my sister and I took the kids to Joe’s Crab Shack because we thought the kids would enjoy the playground.  It was a perfect, slightly chilly Texas day!  The waiter came out with Mexican hats and a costume which Little Jason would not put on, but he did have fun doing the Mexican Hat Dance with the other kids. 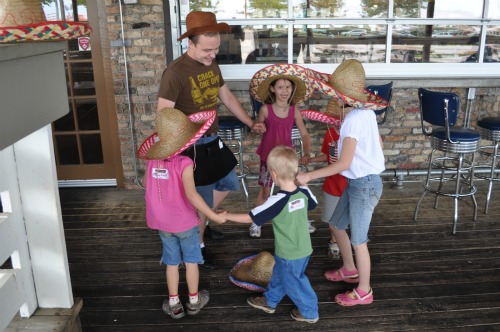 I brought them home and put the kids down for a quiet time while I prepared things for his simple party.   He is very sporadic with his eating so after much deliberation on what to cook for his favorite meal, I went with sopa.  I figured since the girls had requested it for their birthdays then he would at least think it was special! 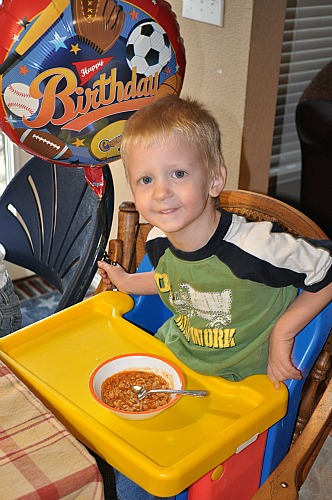 I had trouble with the cake.  In my haste I failed to put the two sides together that are matched so icing it became a problem.  Oh well, I just slapped it on there the best I could.  I have yet to make a shaped cake for a birthday.  I could probably pull off an easy one, but the thought of the kids requesting shapes for every birthday sends me back to making a basic round cake!  Hey, it still tastes good! 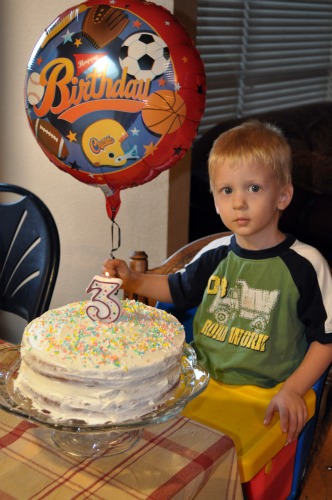 Oh and remember how I went to the store to buy his candle and came home with a number 1?  I never did make it back to the store so I looked through my stash hoping to find three stray candles.  Lo and behold I found this number 3 candle!  Somehow in my subconscious I must have known it was there!  Ha ha! 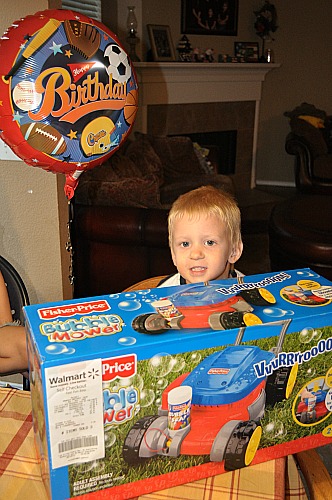 And the part they had all been waiting for–presents!   I think they all had a great day.  Still, I just can’t believe he is three, sniff!