Our third day in Israel and second full day of touring we enjoyed the beautiful sites at Banias, the site of the city of Caesarea Philippi, including the Temple of the god Pan, the Water Powered Flour Mill, the beautiful hiking, and lastly the Palace of Agrippa II.  I enjoyed my first Falafel over lunch and then we headed to Mt Bental. 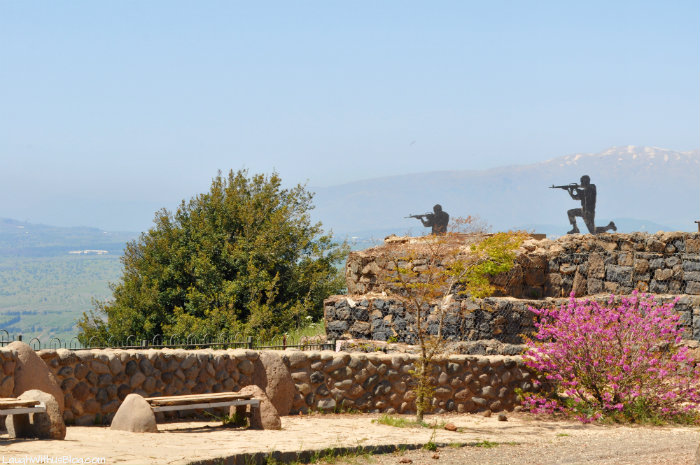 Mt Bental is the site of the battle that ended the Yom Kippur War in 1973. It was one of the largest tank battles.  The Syrians attacked with 1,500 tanks and 1,000 artillery. The Israelis had a small force of 160 tanks.  and was miraculously won by the Israelis with their small force of 160 tanks. The Israeli army suffered many casualties.  By the time the battle was over, only 7 Israeli tanks were left. But after 900 of the Syrian tanks were destroyed, the Syrians turned and ran. The Israelis were victorious. 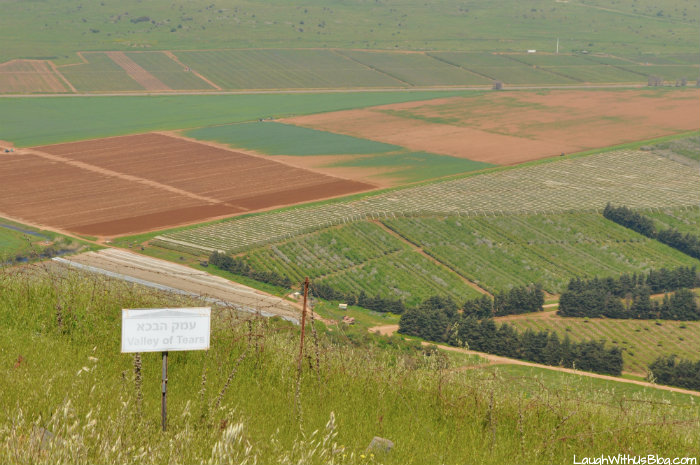 Today, to remember the deadly battle, the valley below the mountain, reaching to Mount Hermon, is called the Valley of Tears. 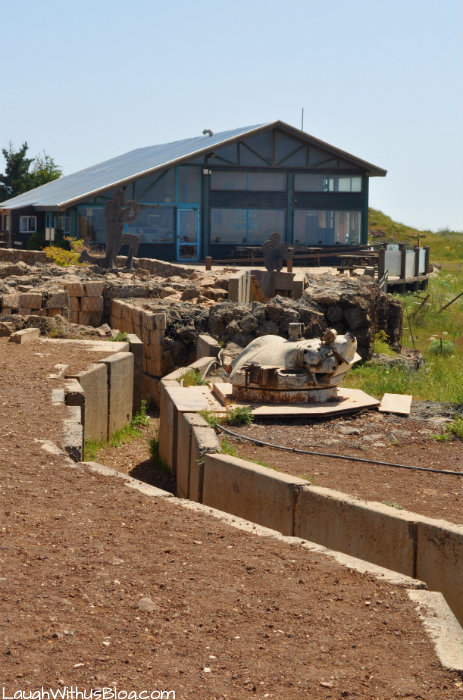 Mount Bental which is in the middle of the Golan Heights is frequently visited.  There is a cafe at the top, but I don’t remember going in. 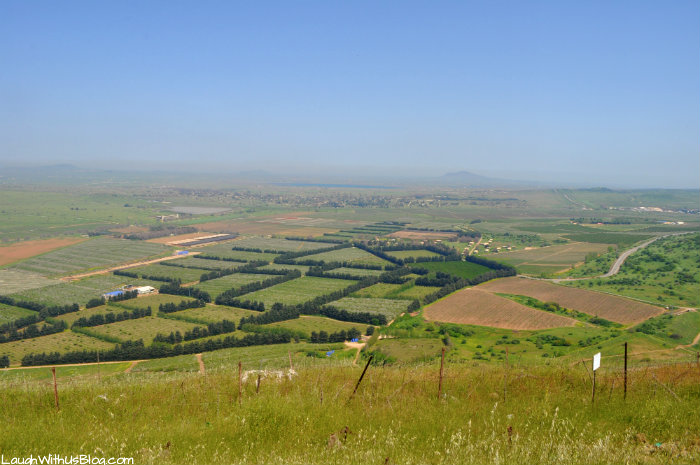 Our tour guide told us the details of the battle while we stood in the spot.  I wish I could remember everything he said.  It was fascinating to learn about history while standing in the very place it happened.  As the tour guide talked we could hear noise in the distance.  Finally, someone stopped him and asked, “What is that? It sounds like explosions.”

“Oh yes, it is,” replied the tour guide, “That’s Syria right there. They are at civil war, but nobody (the media) talks about that.”

It was surreal!  From our lives in America it was so hard to believe that we were looking down  on a country at war right in front of us and listening to their gun fire and cannons.  Wow!

What a testimony of God’s protection of Israel this was.