Jason called early in the day and told me that he was swamped at work, and that he’d be late.  I wasn’t to expect him until after nine o’clock.  Now I always like to have him home early, but if he is not home I can make PB&Js for the kids or eat left overs and supper is a simple task.  So my plans for the day changed, and I looked forward to my evening.

Then Jason called me back at five thirty and said he’d be home in half an hour.  He called right when it was time to feed the baby and that takes half an hour.  Now I was bummed he was coming home on time!  What is wrong with this picture?  Ha ha!  I have always seemed to deal with things better with time to prepare.

“Where is supper?” he wanted to know when he got home.  He had no idea what my problem was when I gave him the look!  Ah communication is so fun right?  That is how we ended up at Mr. Jim’s Pizza.  Well that and the fact that all the kids had coupons for a free personal pan pizza from the summer reading program. 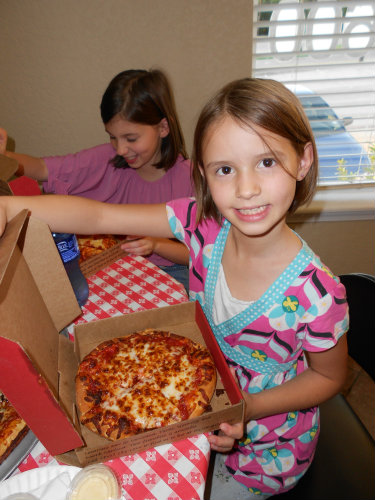 When we all walked in we were so disappointed because we were expecting to eat there and this location was just a carry out establishment.  When the girl behind the counter saw our sad faces she told us we could eat in a room off to the side.  Sure enough there was a cute little room decorated western with one table in the middle.  She waited on us, upgraded our pizza and treated us like royalty.  It was so fun!  The pizza was great too. 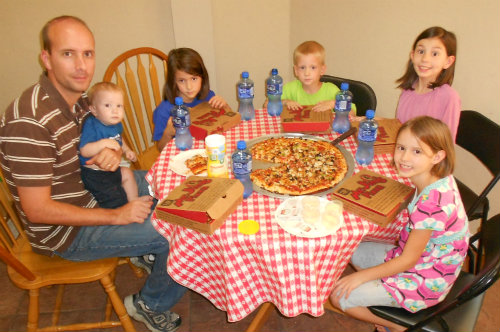