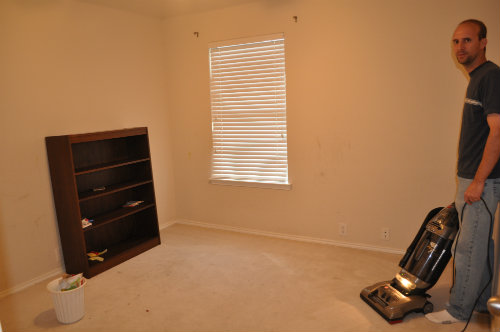 We had to clean and move furniture in all of the upstairs bedrooms to make things work.  This is Little Jason’s new room when we had it almost empty of Grace’s things.  I kept everyone helping with the baby, cleaning, sorting toys, and moving things for hours.  It felt good to get so much done.  Come to think of it, it felt good to have enough energy to do it! 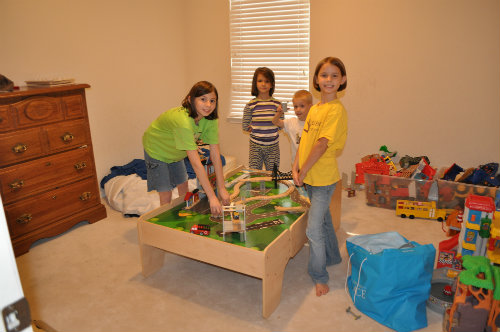 This is Little Jason’s room after all of his things were moved in.  Look at all those toys!  We have purchased one of those toys visible, all the rest have been gifted to us.  I am so thankful because after the first three girls there weren’t any boy toys in the house.  We haven’t done so well with beds though.  He just has his old crib mattress in the corner, but it doesn’t bother him at all.  If you just so happen to be getting ready to take a bed and mattress to the Good Will, however, you might as well just drop it by our door step instead! 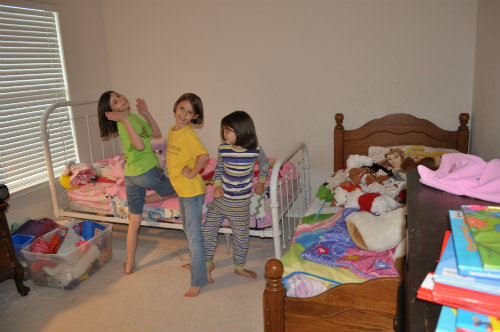 For the first time two of my girls are rooming together.  We decided to put Faith and Grace together.  They are so excited.  Grace being the third girl feels left out much of the time so this will give her lots of one-on-one time with her older sister.  For now anyway I’m very pleased with the arrangements.

As for Bobby, his room is all ready.  I even went out and purchased a new mattress for his crib.  One of these days I’ll have to put him in it now won’t I?  Actually we have had and will have several family members staying with us so I plan to move him when things settle down.  It has been so convenient having him in our room.  For the record this is the longest we’ve ever kept a baby in our bedroom.  Every other baby was moved out by about two weeks!  Soon though, soon.