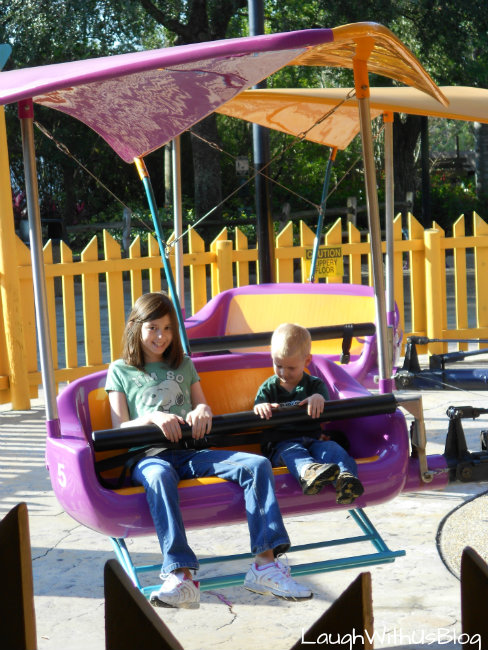 The kids really enjoyed some of the smaller rides.  There was only one ride Bobby was allowed to ride on though so he hung out mostly in the stroller, but he seemed to enjoy looking all around was we wheeled him through the park. 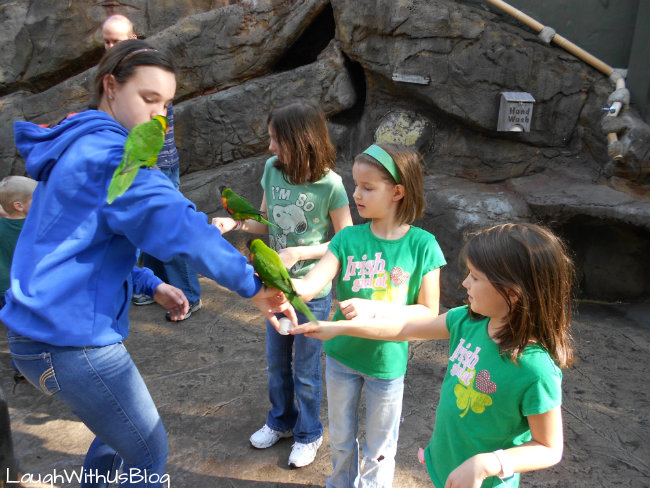 Busch Gardens is like a zoo, but with rides.  The girls are animal lovers so they enjoyed seeing all the animals as much as the rides.  I always think the bird houses are kind of creepy.  Am I the only one that thinks of  the movie “The Birds?”  I try not to prejudice the kids though except I think Faith now has a new perspective after reaching up to a parrot and feeling it’s beak attach itself to her finger! 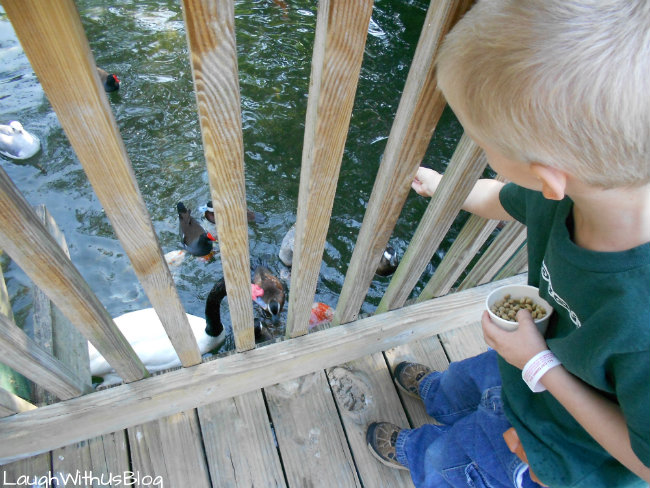 There was an area where people can go and feed the kangaroos, but only kids age five and up were allowed in.  I thought it was really nice that for free they gave Little Jason food to feed the fish while the others were gone.  He had a blast! 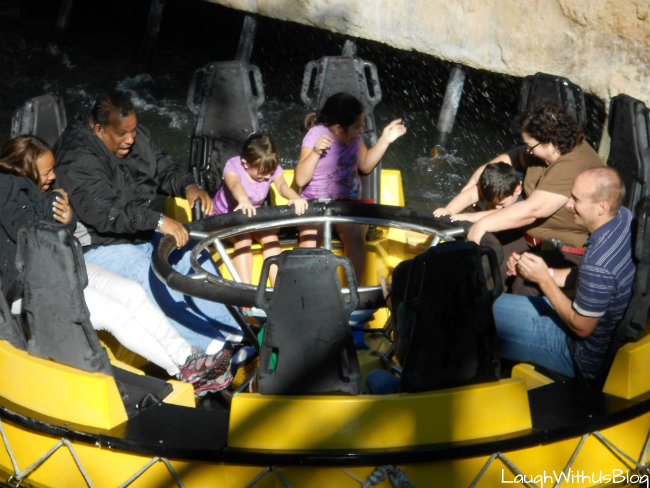 I hate this ride.  I always have.  The only thrill about it is trying not to get wet and inevitably everyone comes off of it soaked.  And the girls did.  They were so wet after this ride that I was ringing their shirts out.  That might not be a big thing in the summer, but about 5:00 in November the sun was almost gone and it was cold.  The poor girls shivered the rest of the evening, but tried not to complain because they were having such a good time. I was thankful again for those all day meal passes, we drank all the hot chocolate we could and it really did help to keep us warm! 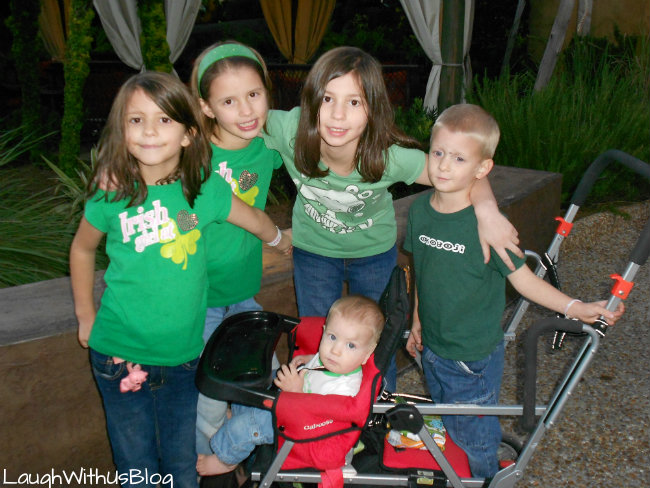 You can kind of see their clothes were wet in this photo.  I so badly wanted to buy them sweat shirts.  I felt like such a horrible mom to have them shivering in the cold!  But running from one restaurant to another did help keep them warm too!  😉

Find the next episode of our vacation here: Boarding the Carnival Sensation