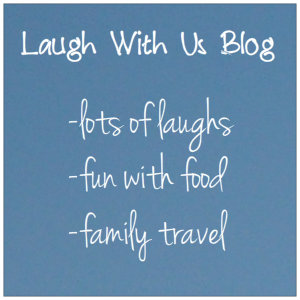 I was so thankful to be able to make the trip home to be of some help to my family who are really going through tough times.  While I was away things…uh…didn’t always go as planned for my dear husband.  This was the longest we had ever been apart in our entire seventeen years of marriage.  We, well what can I say, we like to be together, so for us this was a big deal!

For him things started to go down hill when he got up really early to take the kids to a friend who would be taking care of them for the day.  It was a long drive, and he had to get an early start to make it to work on time.

On the drive there Joy didn’t feel well.  She pleaded for him to pull over because she felt like throwing up.  In downtown Dallas traffic my husband told her to come to the front of the van and roll down the window.  Well…the window wouldn’t go back up.  He dropped the kids off and went to work leaving my van window down.

After work he went out to find the still there but the battery dead.  He had forgotten to turn the lights off, not being used to my van that doesn’t send out all the bells and whistles when the lights are left on like his car.  Poor guy.  He had someone jump the van and went on his way.  He and friends tried to get the van window up, but had no success.  By the time he got home that Friday night it was too late to take the van in to get fixed.  It would have to wait until (gasp) Monday!  Would you believe it rained all weekend long?  He tried to tape something over the window without much success.  My van was soaking wet!

And so Monday he went out to leave for work and…found the battery dead AGAIN.  Yep, again he forgot and left the lights on.  If that isn’t bad enough when he tried to jump start the van, he hooked up the cables wrong and…fried the thing!  Ha ha ha.  I know it’s horrible, but I could not help laughing.  He made a quick trip to the store to buy a new battery.  When he drove the van, nothing on the dash worked, not the speedometer, gas gauge…AIR CONDITIONER!  He tried to kill it!

My wounded van spent about three days in the hospital for repairs.  Eleven hundred dollars later we have it running again and the window working.  Ouch!  Honey…don’t forget to shut off the lights.  😉