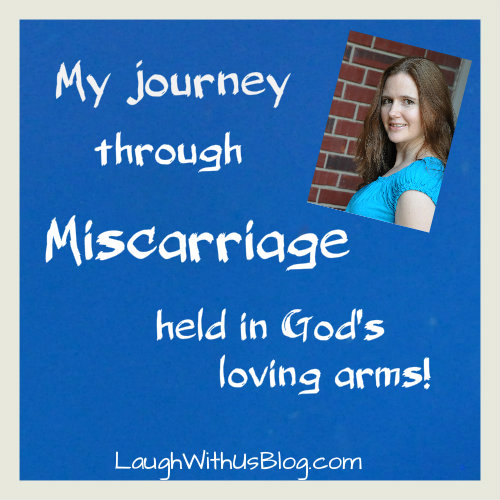 The fate of our baby is no longer a mystery.  It has been a roller coaster of a ride.  From our first sonogram when we were told there was no heartbeat, to the second that showed signs of life and then as I told you last week after our third sonogram, I had been experiencing some bleeding, so we were at least somewhat prepared.

I had gone to bed about midnight taking precautions as things indicated that miscarriage might be very near.  At three thirty in the morning I woke up with a start.  I was covered in blood–my clothes, and all of my bedding around me– clear through to the mattress.  It was to this sight that I woke up my poor husband.

I had hemorrhaged before, and that was something I was very concerned about as I waited to miscarry.  The amount of blood on this morning did not seem normal to me, and I didn’t want to wait around until I was fainting, like I did before, to go to the hospital.  We decided we’d rather be safe than sorry.

We arrived at the ER about 4:00 am with all five kiddos!  My oldest was a little worried, but they had a waiting room all to themselves with the Disney Channel so I think they actually enjoyed our little trip to the ER!  A few hours later a friend offered to watch them for us so they didn’t have to stay at the hospital the whole day.

At the hospital I felt taken care of and in good hands.  The ER doctor removed the tissue that my body was having trouble expelling, and told me the bleeding should slow down within the next half hour.  It didn’t.  I was taken to have extensive sonogram photos done to make sure that the uterus was clear and that the miscarriage was complete.

*gross alert.  (I figure if you’re reading this far then you’re probably okay with blood, but I have tried to be sensitive.  If you’re not okay you might want to stop reading now.)  A funny moment happened when the nurse told me (clothed only in my hospital gown) to get up and walk to the examining table.  “Uh…but you don’t understand.  I’m really bleeding a LOT.  Are you sure you want me to walk from here…to there?”  Oh yes, they assured me everything would be fine even after I protested several times.  Well when I got up it was like I dropped a blood bomb.  I’m telling you the entire middle of the floor was covered.  The nurses’ eyes and faces–hilarious.  I wanted to say, “I told you so,” but just said, “I’m sorry,” instead!

When the doctor came with the results of the sonogram he said that the uterus appeared to be free of tissue, but that it still showed extensive blood clotting.  If I continued to bleed so heavily I would probably need a D&C he said.

Then my doctor showed up to save the day!  She found more tissue that the ER doctor had missed and was able to carefully remove it without a D&C.  Yea!  As soon as she was finished, I could tell a drastic difference in the amount I was bleeding.  She told me I could go home.  This was about 9:00 am.

Hours later I was still there!  When I asked why they weren’t releasing me when my doctor said I could go home, they told me my blood pressure was too low and that when I stood up my heart rate was sky rocketing.  They gave me lots of fluids through IV, FINALLY let me eat something, and about 1:30 gave me the okay to go home with strict instructions to take it easy since my blood pressure was not normal yet.

And so I am home now and recovering very well.  You know it might feel like some cruel joke to have gone from “no heartbeat” to seeing growth and hearing that flicker of a heartbeat only to lose the baby anyway.  People might not blame me for feeling that way, but there is another way to look at it.  I choose to see it as a gift that I got to see that little life and hear that flicker of a heartbeat!  My baby was alive, but now is with Jesus.  It is a much better place for my baby!  But I am here, and I am blessed with so much!

In family worship my six year old requested that we pray for the baby.  My husband reminded her that the baby is gone.  “Oh, then lets pray for a new baby!”  Her comment made us laugh!  I am honestly content with the family the Lord has blessed me with, but I do know that my husband would love more children.  I pray for the Lord’s perfect will.  Whatever that may be!

Thank you all for going on this journey with me.  As I’ve mentioned before, you’re prayers, comments, and support have been a daily encouragement.  I feel like I have friends all over the world.  Much love,