Ever since we moved to the Dallas area, I have been wanting to take my crew to Medieval Times.  I knew they would love it and they did!  From the time I told the kids we were going, it was all they could talk about. The horses, the sword fights, the feast–the anticipation was high.

We got there early.  We had to secure great seats, after all!  I watched my girls as we pulled into the parking lot.  “It’s a real castle, Mom!” they shouted and jumped up and down.  We went through the line and received our table seating, crowns, and banners.  The girls got in line and were the first to get their picture taken with the king! 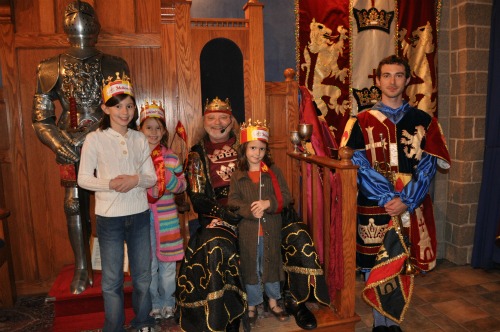 My children were also the pre-show entertainment as they played and galloped around the dance floor.  Yes, I’m the mom that encouraged them!  We had to do something with all that excitement.  You’re only young for a little while! 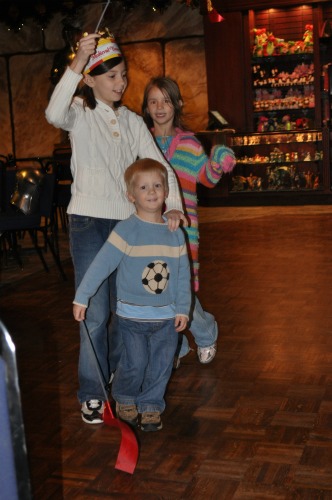 Then the time came to file in the grand arena.  Wow!  With our royalty upgrade we got to sit right on the front row!  I need not have worried about my kids sitting that long.  Their attention was captured from the time we sat down. 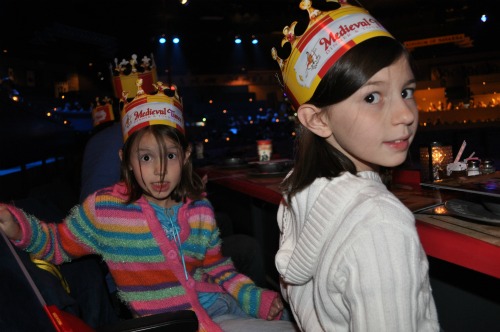 The four course meal was fabulous.  My kids looked at the food in awe as the server brought each item and, placing it on the plate, said things like, “Here are your tasty dragon toes.”

“Really, Mom, are they dragon toes?”

As each child had his or her own meal, we knew it was going to be way too much food for them, and we hate to waste food.  We planned ahead to let them eat whatever they wanted and bring the rest home for Jason to take to work the rest of the week.  Our server came by with a clean-up tray and to-go boxes.  She pointed to Little Jason’s plate and asked my husband if the child had finished.  “Yes, he’s done,” Jason replied, and before we knew it, she had dumped the hardly-touched chicken and rib in the clean-up tray.  My husband’s face was priceless.  His jaw hit his chest and his eyes bugged out as he watched all that good food being thrown away.  Next the server pointed to Grace’s plate and asked if she was through. “No, no, we’re not though,” my husband said too quickly.  I laughed and laughed.  There was still plenty of chicken and ribs for him to take home.  We didn’t miss Little Jason’s food at all, and it was worth the laugh! 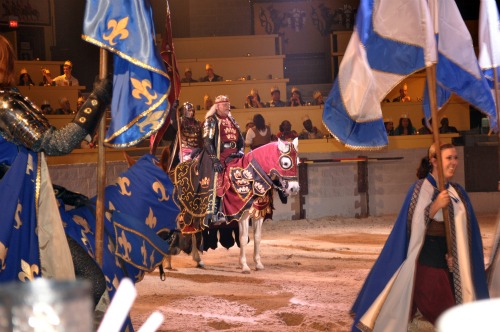 Oh, how the kids got into the show!  The horses and knights, the music and lights, the falcon flying and sword fighting.  Each part of the show captured their attention from the beginning.  It was magnificent!  I think I missed parts of the show for watching my childrens’ awed faces!

When it was all over and we were slowly making our way out, Faith said, “Mom, my tummy feels bigger than yours.”  Thanks, dear!

Medieval Times in Dallas is rolling out this brand new show to the general public November 18, 2011.  You won’t want to miss it!

Disclosure:  Medieval Times gifted us with four tickets for our family in exchange for our honest review.