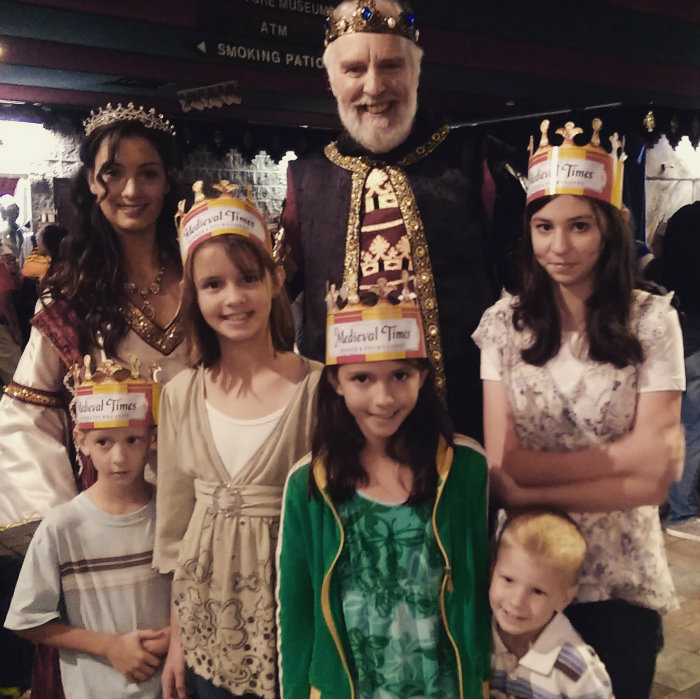 How we love the castle!  We were so excited to be able to participate in this year’s Medieval Times Ultimate Fan Experience.  Upon our arrival we stood in line for breakfast, got to meet King Carlos and Princess Catalina, and then promptly found our seats where we spent the entire day.  Yes, the entire day these five kiddos and I all in our seats.  Ha ha.  The girls are all old enough now that, for the most part, I don’t worry about them being able to sit. 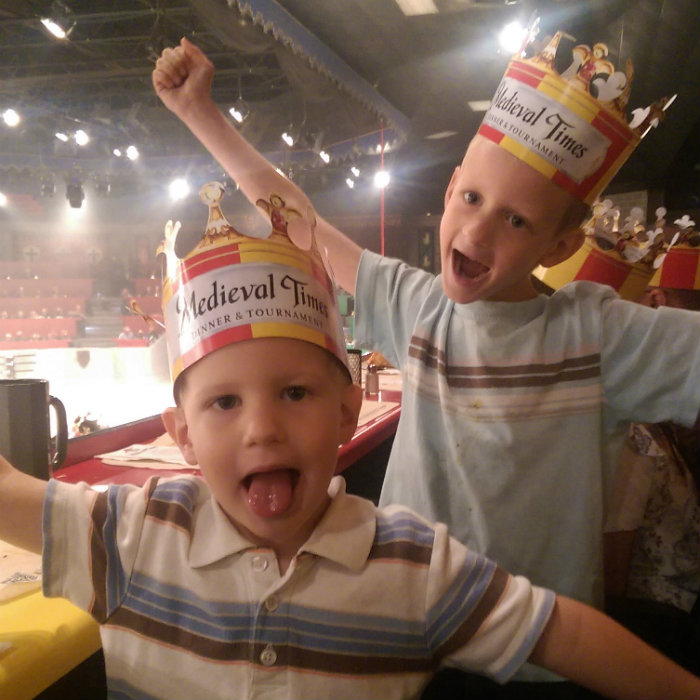 The boys, however, are another story.  But they did really well.  I was so proud of them.  There was only one point in time when my six year old found a friend and in cahoots the drove me nuts, but a little rearrangement in seats and we were fine.  They were able to expend lots of that energy when it was time to cheer. They really just had a blast! 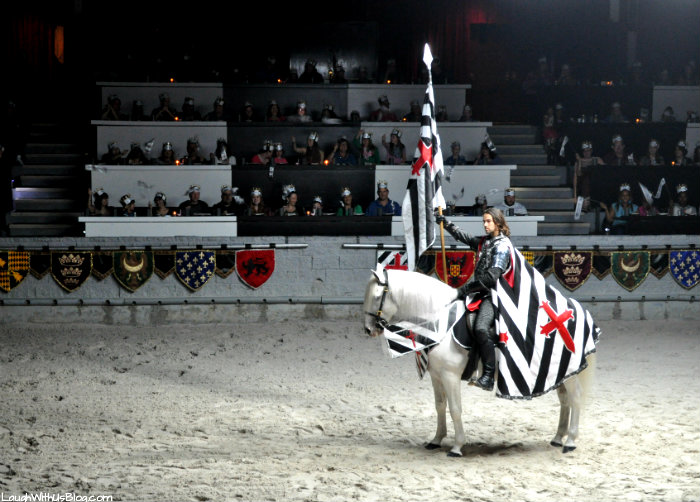 The day was very different from last years Commercial Shoot.  Last year the castle was only about 1/4 full.  We moved around to different places as photos were taken and in between the “Lights, Camera, Action!” there was lots of down time.  This year the entire Castle was full.  We stayed in our seats the entire day and in between meals they kept us pretty busy as spectators for their photo shoot. 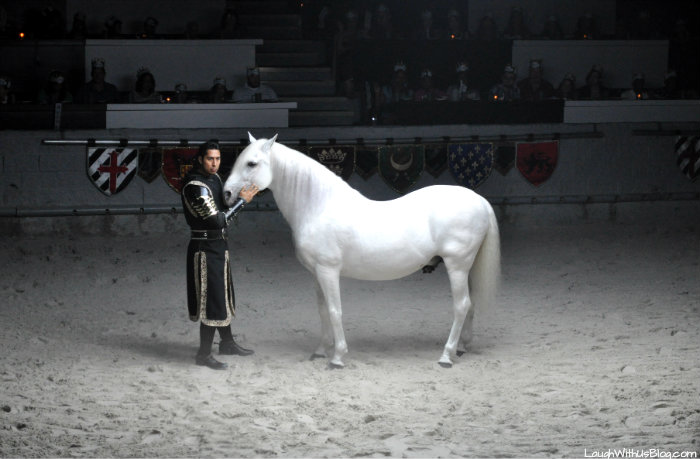 We’ve had the privilege of seeing Javier, Dallas castle head horse trainer, with his horses.  Rarely are there still shots as the show is fast and full of action. 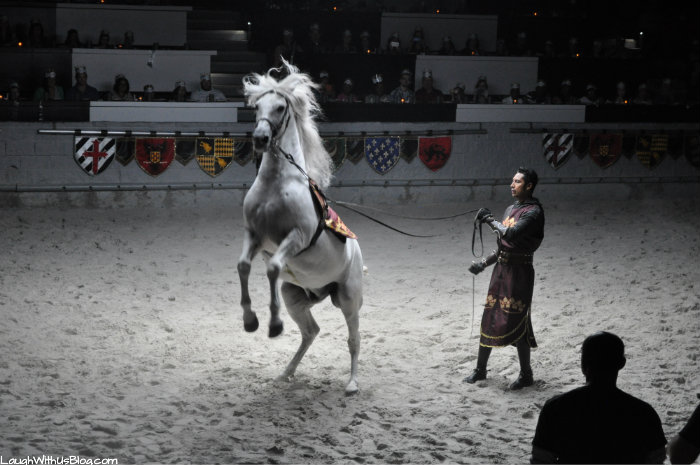 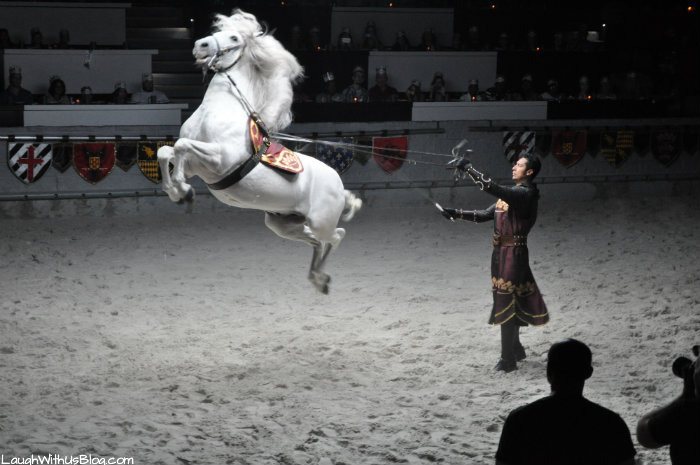 At the end of the day we were all given a T-shirt, two tickets to the show, and a goody bag.  We are so excited to be able to return.  You’d think this might have become boring for a six year old boy, but as we walked out Little Jason said, “I love going to that castle mom.” He wants to know when we will go back.  Soon, very soon!