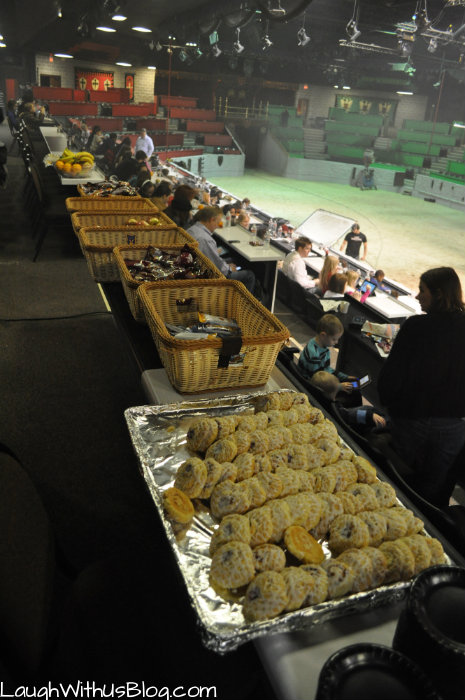 Whereas on day 1 of the filming we arrived in the afternoon and went home in the evening, on our second day we arrived about 9:30 in the morning.  The children were so excited to see the array of food that was available.  They ate for…a good two hours.  I’m not kidding! 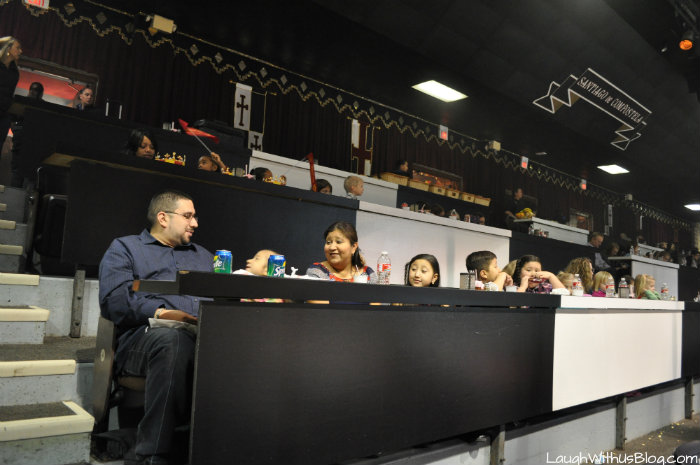 That morning they were filming in the gallery so instead of the kids being able to roam around, we all sat in the arena.  I didn’t realize at first how long it was going to be, which is why we kept eating–to keep the kids occupied. 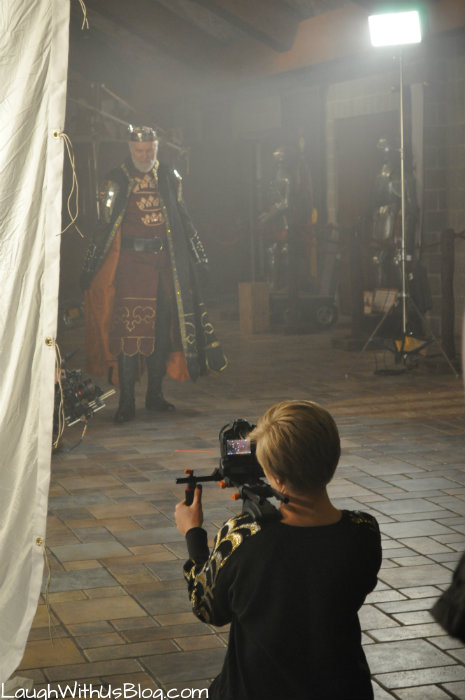 Between snacks we made many trips to the bathroom catching a glimpse of some of the filming going on in the gallery. 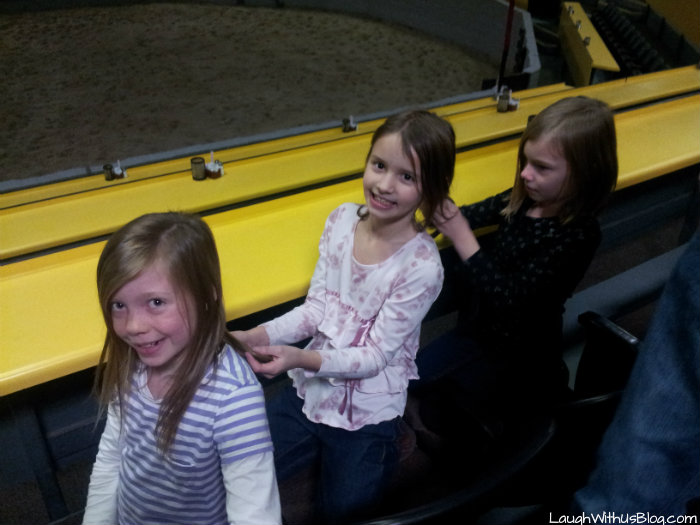 After a couple of hours of that I finally told the kids they didn’t have to just sit there, why not go talk to their friends.  These three entertained themselves braiding each other’s hair.  I was so thankful the Smockity Frocks and Jenn’s RAQ families were there! 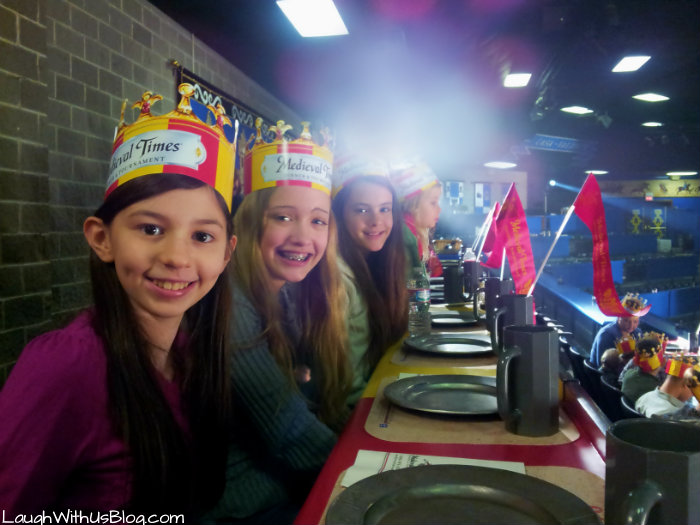 And then we were once again sent over to the other side of the arena for filming.  This time were were seated at the very top row with our friends, so the girls had a blast.  I had one boy on the end so he had some space to wave his flag without hitting me and the only one that was a challenge was my little guy who was getting very sleepy.

Bobby was so cute yelling, “Ready? Action!”  He loved that part because that’s the only time I’d give him the flag to wave about.  Otherwise he was constantly hitting me in the head!  Ha  ha!

This day went by really fast.  They must have gotten most of the crowd shooting done the night before, because they only had us filming for an hour or so and then we were free to go home with T-Shirts and tickets for a real show in hand.  I can’t wait to go to the show again.  I wonder what my little guys will think actually seeing a show after all those hours of sitting in the arena.

Like I said yesterday, we weren’t close to the filming action so I don’t expect to be able to see any of us in the commercial, but it was fun to see Faith’s little face in the still shots that Medieval Times shared on their Facebook page from Day 1!

That is Faith on the cover, but the photo is at minute 2:28!

It was so fun and the kids learned a lot about filming–it’s a lot of work!  We feel blessed to have been able to be a part of it!