*This is a sponsored post.  Medieval Times provided me with an awesome behind the scenes tour and two tickets to see the show.  Opinions are all my own. 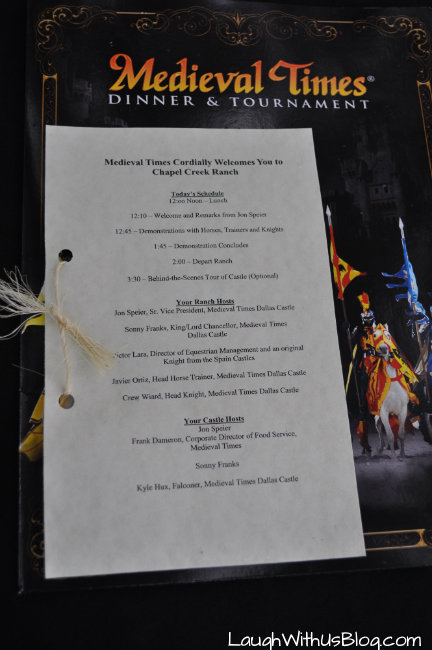 I love Medieval Times.  I think it is incredibly fun.  The food, the atmosphere, the experience–I just love everything about it.  So I was thrilled to be invited to a behind the scenes tour of their corporate ranch in Sanger, TX and Dallas Castle. 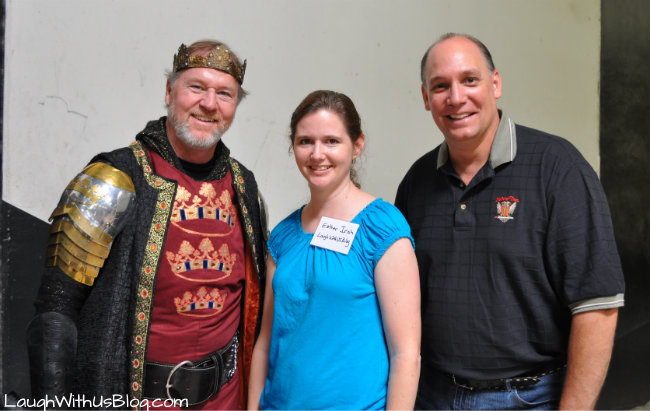 Sonny Franks (King/Lord Chancellor) and Jon Speier Sr. Vice President of Medieval Times Dallas Castle were our hosts throughout the day.  Both have been with Medieval Times for many years and their enthusiasm is contagious.  How can I join the team? 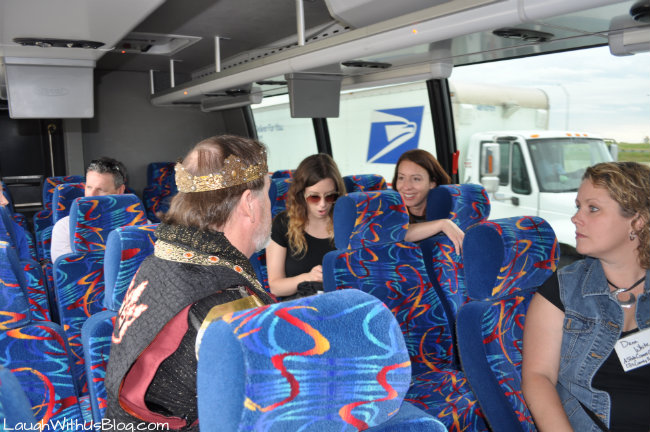 A group of us met at the Dallas Castle and rode a bus with “King Carlos” to the Sanger Ranch. 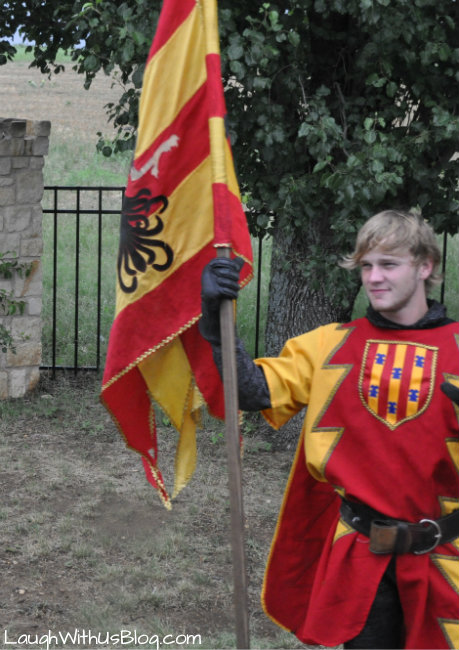 About an hour later we drove up to Chapel Creek Ranch and were greeted in style. 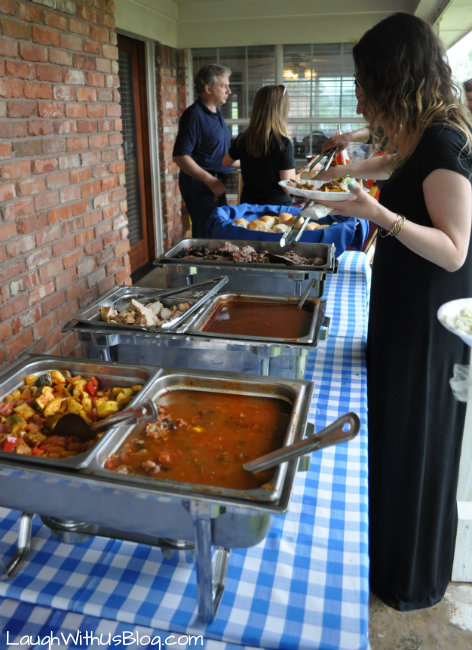 We enjoyed a scrumptious catered buffet of barbecue beef and pork. 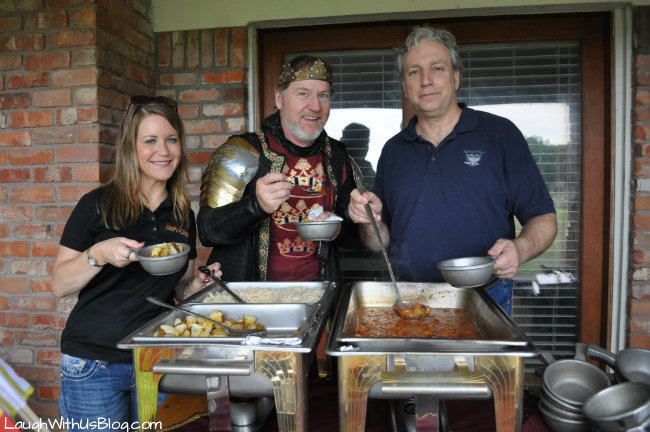 And were able to sample the new vegan meal served at Medieval Times.  I am not vegan, but this stew was fantastic!

Chef Frank Dameron (right) recently created the first vegan menu item for Medieval Times, the Fire-Roasted Tomato and Three-Bean Vegetable Stew, served with raw veggies and hummus.  This option will be available to all guests, along with the traditional chicken and rib meal.  Roll-out began at the Dallas Castle and is scheduled to be completed in the remaining castles by July 2013. 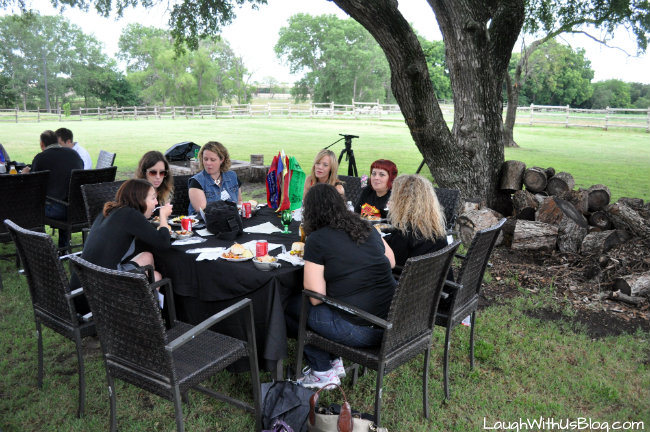 And this is how we dined!  Isn’t is gorgeous?  It had been raining lightly, but the rain stopped just in time for us to enjoy our meal.  I just kept looking around, soaking in my surroundings.  In the back, beyond the fence we could see the horses grazing.  It was amazing! 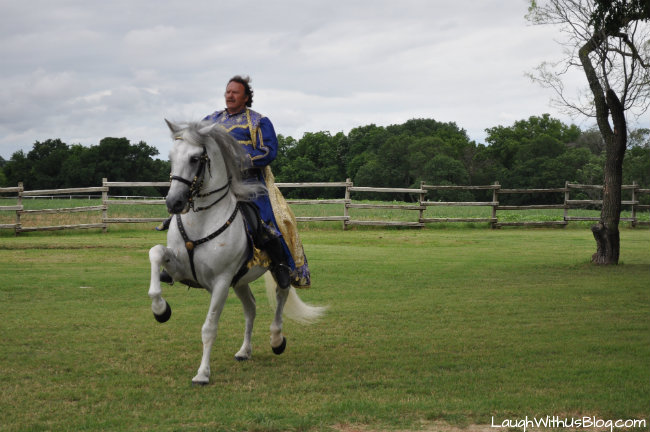 Victor Lara is the director of Equestrian Management and an original Knight from the Spain Castles!  He is now retired and taking care of the ranch.  I’m told it was a rare treat to see him ride! 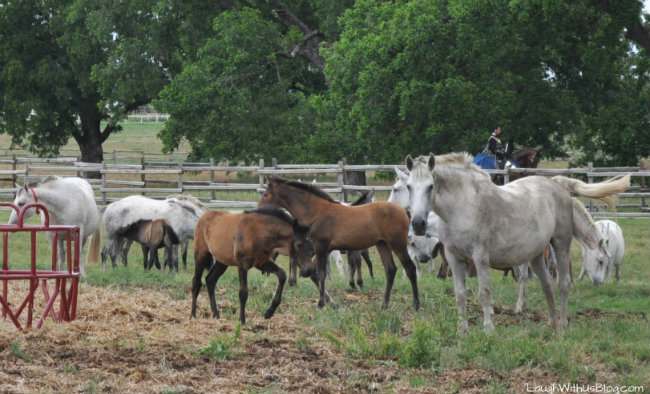 Irving based Medieval Times celebrated its 30th birthday this spring with the birth of 22 foals!  I braved the mud and walked through the pasture from the ranch house to the arena. 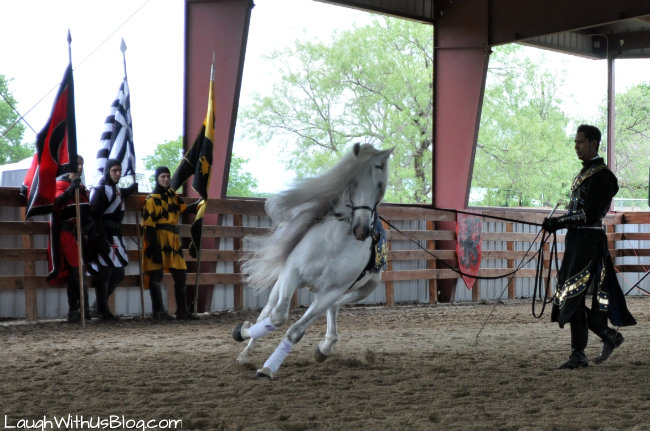 Javier Ortiz is the head horse trainer at the Dallas Castle.  We received a personal demonstration of the beautiful Spanish horses’ jumps and tricks. 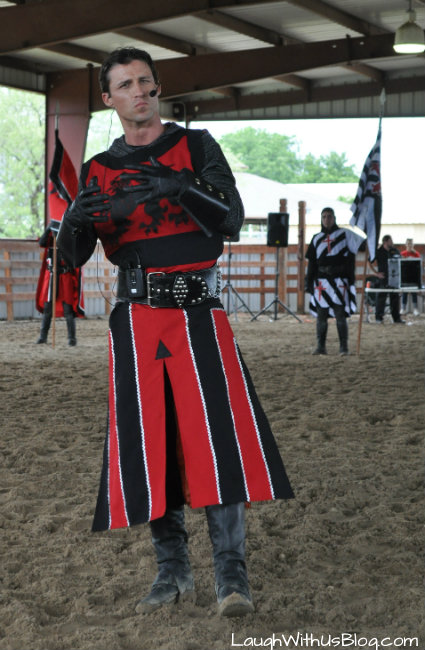 Crew Wiard is the Head Knight at the Castle in Dallas.  He explained how knights are trained.  Surprisingly most come to them with no experience whatsoever and are completely trained by Medieval Times!  Any boys out there dream of being a knight? 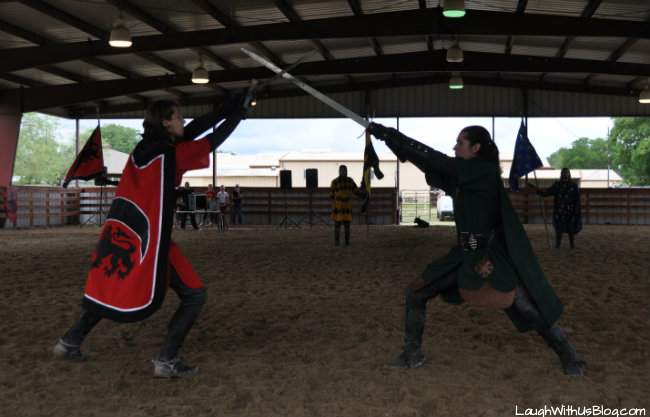 The different weapons were explained as well as the process it takes knights to learn the fights.  Knights have to be able to perform a series of moves in three speeds before they are ready.  It’s like a dance! 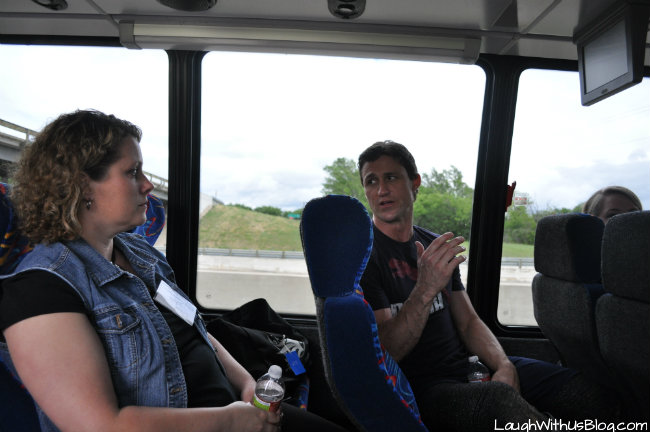 Crew and Javier rode back to the Dallas Castle with us.  It was fun to hear about their Medieval Times adventures.  They love what they do and say their co-workers are like family.  The question I’m am always asked regarding Medieval Time is does the same knight always win?  The answer is no.  The next question I hear is always: So do they determine ahead of time who is going to win?  Yes, BUT the crowd does factor in.  We were told that if one crowd is obviously more excited, the knights do, when possible, change the win to reflect the most enthusiastic team!  So there you go, cheer on your knight!

My behind the scenes tour of the castle!