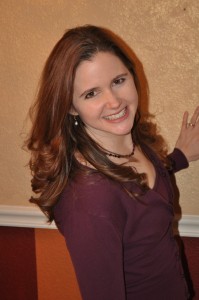 A couple of years after my initial cooking woes, I was no longer working outside the home.  We didn’t have any children yet, so I spent much of my time planning and preparing for my husband elaborate meals, which he thoroughly enjoyed.  Even if I didn’t like a dish, he always ate it–except on two occasions.

The first came about because I was always looking for recipes that called for leftover ingredients.  I had buttermilk and spinach in the fridge, and I couldn’t believe my luck when I found a recipe for Buttermilk Spinach soup.  I happily whipped up the recipe and set it in front of my husband when he got home from work.  He took one sip and then in all seriousness said, “I think I could finish it, but then I’d throw up.”  Oh how I laughed and still laugh every time I think of that soup.  Seriously, what was the matter with me?  Who in the world WOULD eat Buttermilk Spinach soup?

The second meal happened not too long after the first.  I had prepared a garlic steak with all the fixings.  Jason loves steak, so I knew this would be a hit.  When he saw what I had made, his eyes lit up and he dug right in.  On about the second bite, he stopped mid chew.  His eyes bulged and, clearly, he was having a difficult time swallowing.  I stared and waited.  Finally, he looked up at me and asked with straightforward honesty, “Is it possible that a piece of poop was left on the meat?”  Of all the things I thought he might tell me was the matter, that was the last.  I laughed so hard I’m pretty sure I was rolling on the floor.  Just where in the world did he think . . . .  Better not to go there.  Apparently, he’d never had sliced garlic before.  I agreed with his distaste for it.  No more sliced garlic at our house!