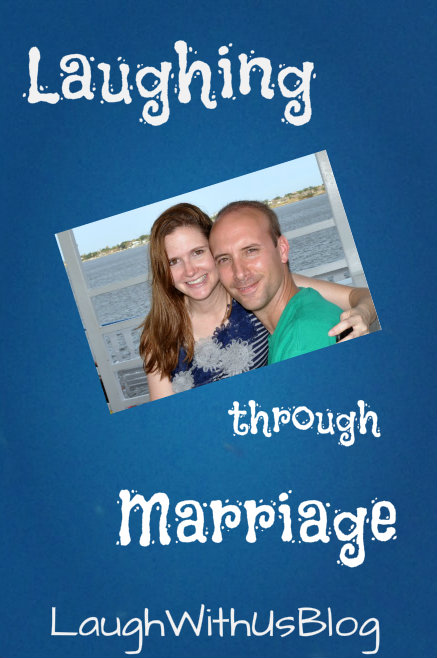 While Jason was home during our Christmas/New Year vacation, he tried to get some things done around the house when we weren’t playing games.

A piece of the floor had come off months before and he had thought he’d get a new one since the existing one was very scratched up, but with all the bills from trips and car repairs coming in he decided that the one we have would last a while longer and went ahead and glued it down.  After he glued it, he carried in several of his weights to secure it.

“I’m going to leave these here until tomorrow afternoon to make sure it’s dry,” he said.

I looked at it and said, “I’m just worried I’ll kill myself on it if I go to the kitchen in the middle of the night.”

“Have you paid your life insurance?” he laughed at me and told me he thought it’d be fine.

We then turned off the lights and went upstairs to watch a movie.  About a half an hour into the movie Jason paused it to go downstairs to get a drink.  I heard clang, clang, clang…crash.  He had tripped over the weights in the dark!

“Oh no, I still need to pay your life insurance!”  I roared.

He didn’t say anything, but he did cover the weights with chairs so no one else would trip over them!  🙂 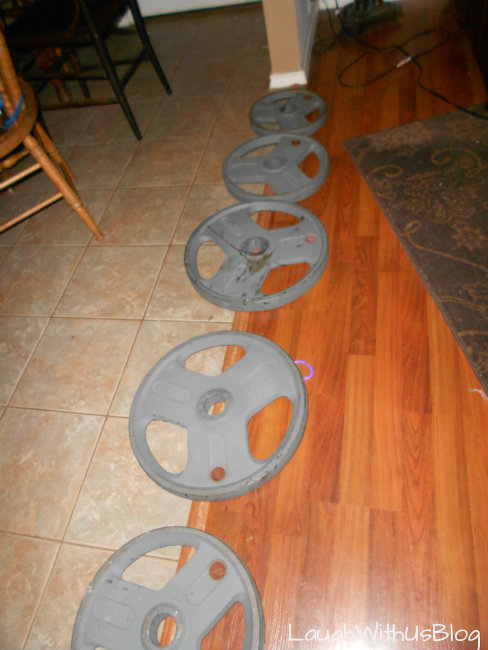